BBQ or Brexit? That is the question…

In just a few weeks’ time, I’ll be sitting by my pool in the Costa Brava with the same dilemma facing thousands of other Brits at their Spanish holiday home this summer – do I venture out for dinner, or stay in and fire up the BBQ?

Accuse me of having my head in the sand, but for me, the prospect of Brexit is an empty threat to a happy future as a second homeowner in Spain – and to future owners.

Accuse me of having my head in the sand, but for me, the prospect of Brexit is an empty threat to a happy future as a second homeowner in Spain – and to future owners. In my small resort beside the Bay of Roses, people of all nationalities and from all walks of life – including non-EU citizens – have been coming and going, enjoying the lifestyle on offer there, for decades, even centuries. Foreign residents and second homeowners contribute significantly to the social fabric of the area, as well as, of course, the local economy. In many parts of the Spanish Costas, whole communities are made up almost entirely of Britons. Can you see this all coming to an end, especially when it really needn’t?

In my mind, there is enough mutual appreciation between Spain and its cohorts of British homeowners to ensure Brexit causes minimal disruption to Britons who choose to buy or live there in the future. Not to mention the millions of euros that British tourists and homeowners bring into Spain each year… Of course, the same could be said for Portugal, France and even Italy. 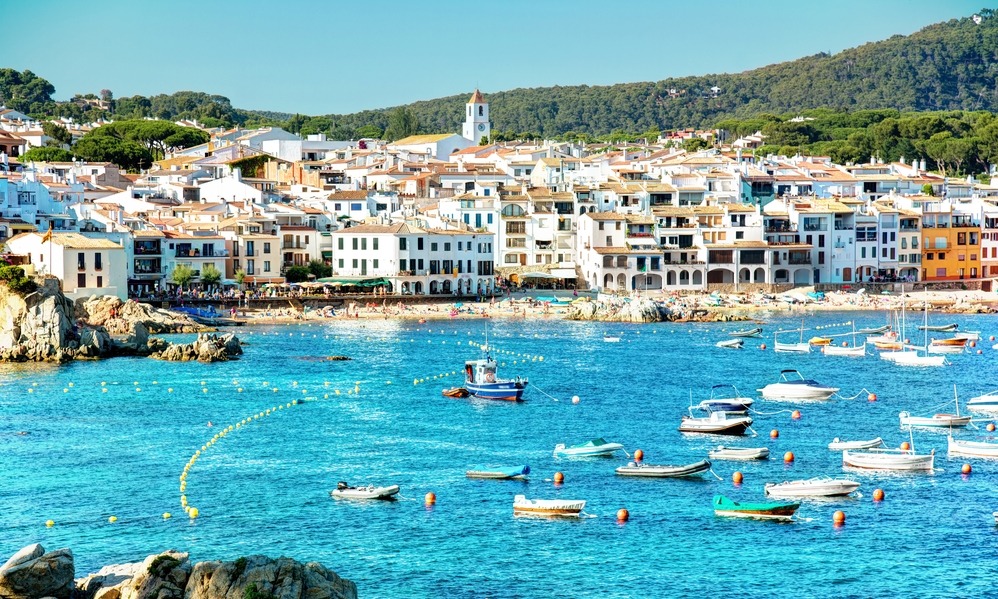 What will happen to the thousands of expats that call Costa Brava home?

Spain is well aware of this. In the words of the English version of its national paper, El Pais, this week: “Spain is one of the countries that stands to lose the most from Brexit, since there is a community of around 400,000 British expats in Spain, and nearly 200,000 Spaniards living in the UK. Nearly a fourth of all tourism to Spain comes from the British Isles; Britain is the first destination for Spanish foreign investment, and Spain has a trade surplus with Britain.”

So, at worst, when Brexit occurs – or dare I say, if it occurs – we’d simply be treated like other non-EU, non-European Economic Area citizens, such as Americans or Australians. This could involve some extra paperwork for gaining residency, getting visas and owning a property, and contingency plans for healthcare for pensioners. At best, Spain will introduce new legislation granting the same or similar rights to those we currently have as EU citizens, so nothing will really change. The other option, which looks unlikely, is that the UK adopts the ‘Norway option’ and joins the EEA, giving us the same automatic rights to buy, work and reside in EU countries are we have now – Swiss citizens also have this status in the EU. Again, in this last instance, nothing would really change. Above all, think of it like this, over the years as a nation we’ve hardly been put off buying in destinations that aren’t an EU member, such as Florida, Turkey, Dubai, even Cape Verde.

Over the years as a nation we’ve hardly been put off buying in destinations that aren’t an EU member, such as Florida, Turkey, Dubai, even Cape Verde.

What I’m hearing from those in the know in the property industry is reassuring too. Spanish banks remain under heavy pressure to dispose of repossessed property “as speedily as possible to balance their books”, one estate agent who sells for one of Spain’s largest banks told me. His contact at the bank said that in the long term, buying a property in Spain will be very similar to how it is now for Brits, but did point out that in the short-term, the mortgage LTV offered to us could be reduced to as low as 50 per cent for new-build and resale mortgages, but remain high for bank repossessed properties, “probably staying at 100 per cent”.

It’s not surprising. Almost 50 per cent of this bank’s clients are British – and this will be similar for most other lenders, which highlights how much Spanish banks, as well as developers, agents and all other services associated with real estate, will want to keep British buyers on board. The estate agent went as far as to say that they may even reduce prices to encourage us to continue buying.

Spain’s property market has in the past year showed signs of recovery, especially in the established and sought after areas of the Costas. Giving fright to British owners or making it difficult for them to remain in Spain could risk stalling this recovery. If existing British owners rushed to sell, accepting prices under market value just to get out, this would have a negative impact on the market.

It would not be logical for these [EU] countries to kill the ‘golden goose’ that has traditionally brought them such great numbers of buyers and wealth.

As a property lawyer contact said: “It would not be logical for these [EU] countries to kill the ‘golden goose’ that has traditionally brought them such great numbers of buyers and wealth… As regards those Britons who have bought and now reside permanently in an EU country, their rights will be entrenched, which means that they will have the same rights of residence and leave to remain as before. This is because these countries would not be allowed to remove such acquired rights.”

Arguably, it is the weaker pound that will have the most impact on me as a homeowner in the Eurozone. Running costs and visits to Spain go up in price when my pounds buy me fewer euros, especially when I take the family! But I take a long term view and am confident that the rate will swing back. The financial and political sectors have short memories. Not even three years ago, the pound was worth less against the euro than it is now – it spent the summer of 2013 below €1.18. I’ll be keeping a wary eye on updates from Smart Currency Exchange and ensure I use them for any euro transfers I make to my bank account in Spain.