Barcelona is officially the city for Vegetarians

A new initiative has introduced Meat-free Mondays and more vegetarianism as a whole into the city of Barcelona, with the support of the local council.

The Spanish are meat lovers; there is no doubt about it. If you are vegetarian or vegan, you are traditionally likely to find problems when looking for food you can eat – unless of course, you specifically seek out one of the few vegetarian restaurants available, usually only in the larger towns and cities.

The city of Barcelona has just declared itself a “veg-friendly, friend of vegan and vegetarian culture.

There is however good news for you – the city of Barcelona has just declared itself a “veg-friendly, friend of vegan and vegetarian culture.” There is no doubt that this is as much a political move as one to encourage non-meat eaters to the Catalan capital, as the motion was proposed by the Catalan pro-independence parties.

The council of Barcelona voted in favour of taking visible and sustained steps to make it easier for vegetarians visiting the city to find food, and to also encourage the local inhabitants to eat more healthily, and consume less meat by introducing “meat-free Mondays.” This followed an idea promoted by one of the city’s left wing parties; the centre right parties abstained, thus permitting the proposal to pass. 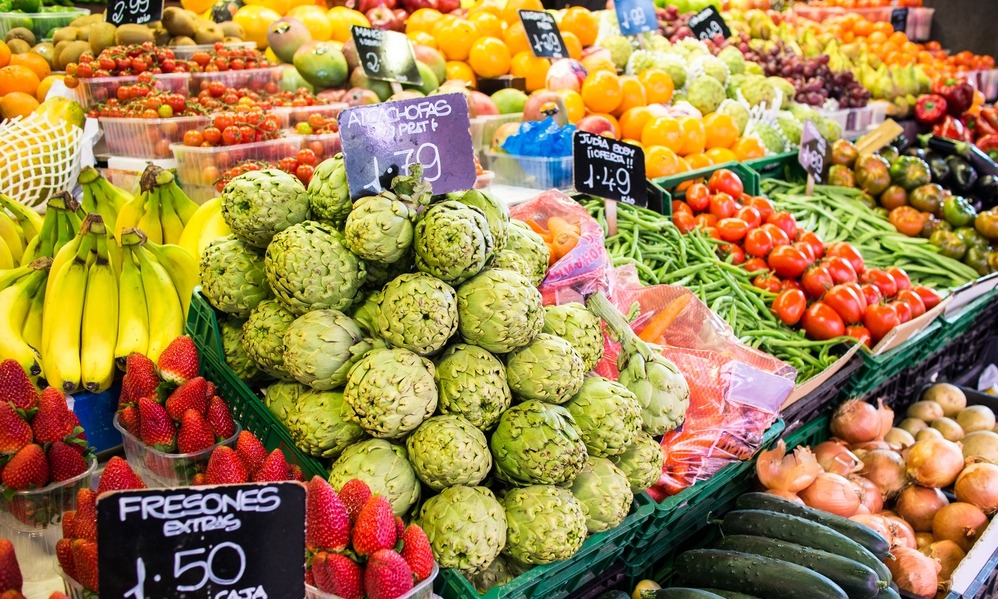 New guide for vegetarians for visitors to Barcelona

Barcelona is to have a vegetarian guide and will also help vegan and vegetarian business by creating a space especially for them. The idea of “Meat- free Mondays” was originally promoted by Sir Paul McCartney some seven years’ ago, with the aim of making people aware of the environmental cost of producing meat. The message is that by following one meatless day a week, you will improve your health and contribute to slowing down climate change.

This may well take some time to be accepted by Spaniards and Catalans in the city as their love of jamón and embutidos (ham and sausages, cold meats) and meat a la plancha (grilled) is embedded in their culture and tradition.

Barcelona’s embracing of vegetarianism at this point is interesting as a new magazine has hit the shelves in Spain called “Slowly Veggie” and will no doubt be very popular with the country’s two million vegetarians, as well as those who will take tentative steps towards leaving meat out of their diet.

This may well take some time to be accepted by Spaniards and Catalans in the city as their love of meat is embedded in their culture and tradition.

Although fish is also a very important part of the Spanish diet, it is increasingly expensive and the cost of pork, for example, compares very favourably to a sea bass, especially one that isn’t farmed. It is estimated though that the number of vegetarians in Spain is growing by 1% annually, and no doubt Barcelona’s initiative will make even more people consider a meat free life.

For visiting tourists who are already vegetarian, it means they will now have more choice and access to a guide that specifically directs them to specialist restaurants – instead of eating a salad or an omelette every day they spend on holiday in Barcelona.

Will the rest of Spain do likewise?

Only time will tell. Certainly it will make it easier for vegetarian tourists visiting the country but can the Spanish really change their culinary culture?