British residents in Spain had the opportunity to express their worries to the British Ambassador, as he gave an update on negotiations with the EU with regard to citizens’ rights. The meeting was well attended with many subjects covered.

Last week, the British Ambassador to Spain, Mr Simon Manley, came to the town of Torroella de Montgrì in Catalonia with members of the British Consulate in Barcelona to update British residents on Brexit and to listen to their concerns. The event was filmed by the BBC which is making a documentary about the Foreign Office.

The Ambassador said that the British government is negotiating with the EU to protect the rights of British citizens in Europe and European citizens in the UK. To keep in touch with what is going on they suggested connecting to the “Brits in Spain” Facebook page.

The UK Government is trying to obtain reciprocal rights for healthcare to permit the current agreements to continue. This should also include the EHIC card.

They stressed that progress had been made on the subject and they were in fact very close to agreement with the 27 EU countries on citizens’ rights.

Travel: The UK Government is negotiating citizens’ rights to travel within the EU and from Britain.

Pensions: UK state pensions will continue to be updated with increases after the UK leaves the European Union.

Voting: One subject that was obviously of concern to the many British people present was voting rights both in the UK and in Spain. The Ambassador said that the government is aiming to restore the right to vote in UK General Elections to those citizens who have lived away from the UK for more than 15 years and cannot currently vote. It is a sore subject for many who were denied the opportunity to vote in the EU Referendum in June last year. 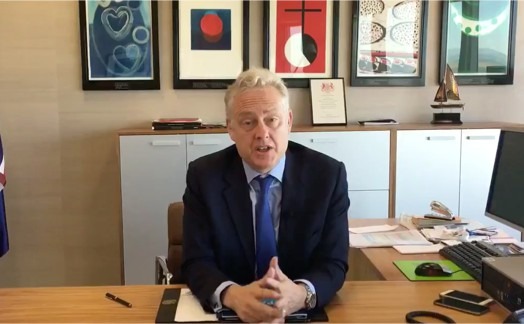 Residency: The subject of renewal of residency in Spain came up as people wanted to know whether they need to renew their residency status every five years. In fact, it depends on what your residency certificate says or doesn’t say. If there is a renewal date on the certificate, you have to go to the Commissariat de Policia to have it renewed after five years. For those whose certificate has no renewal date, it isn’t necessary to renew it as it is permanent.

Mr Manley stressed the importance of British citizens resident in Spain going to their local Town Hall to check they are on the “Empadronament” which is a list of everyone resident in the area. The local government is paid for each person on this list which allows them to cover the costs of street lighting, policing, education, etc. Also, for British residents in Spain being on this list will be vital after Brexit.

If you are ready to buy in Spain, you can get answers to more detailed questions at Your Overseas Home. Spain Property Guide will be at this new property exhibition, along with Spanish lawyers, estate agents and currency experts. It is at Epsom Racecourse, Surrey, on Saturday 18th November. Apply for your free tickets here.

Healthcare: The UK Government is trying to obtain reciprocal rights for healthcare to permit the current agreements to continue. This should also include the EHIC card for emergency care for visitors to Spain.

Gibraltar: It is in the interests of both Britain and Spain that the movement of labour between Gibraltar and Spain continues to be free, especially for those Spanish people who work there daily. Gibraltar needs them and Spain needs their spending power.

Deal or no deal? The UK wants a deal with the EU, but the government must prepare for all eventualities.

Catalonia: No government within the EU, including Britain, will recognise an independent Catalonia under the current circumstances.

Questions: If people wish to ask questions about Brexit or any other subject to do with Brits in Spain and particularly in Catalonia, they can do so by addressing consulatebcn.office@fco.gov.uk