In our last readers’ survey, over 30% of you said that making new friends was a big part of your move to Spain. But that’s not always so easy, with language difficulties and people coming and going. So how do you find a regular, reliable and permanent group of friends in Spain?

Moving to a new town, let alone a new country, can be daunting. And if you don’t know anyone in your new location it’s even harder. Luckily, Spain is one of the easiest places to meet people and make lasting friendships.

When you decide to buy in Spain, Smart Currency Exchange is the specialist in exchanging your pounds into euros for property. They have two offices in Spain too, in the Costa Blanca and Costa del Sol. Read Smart’s Property Buyer’s Guide to Currency here.

Thousands of people made the same leap before you and will be there to welcome you and give you a helping hand. You don’t even need to speak Spanish, although it will open more doors for you if you do.

Whatever your interests, you will find groups and associations which fulfil them and more. Indeed, rather than seeing it as a challenge, making new friends in Spain is a chance to try new hobbies, sports and interests, or have more time to indulge in your current favourites.

For those who love sport, Spain’s wonderful climate means that you will spend most of the year outside in sunny weather. Many people take up additional activities they never thought of in the UK.

Now, not everyone is the same, so I’ve put together some ideas for particularly types. I hope there’s something for you! 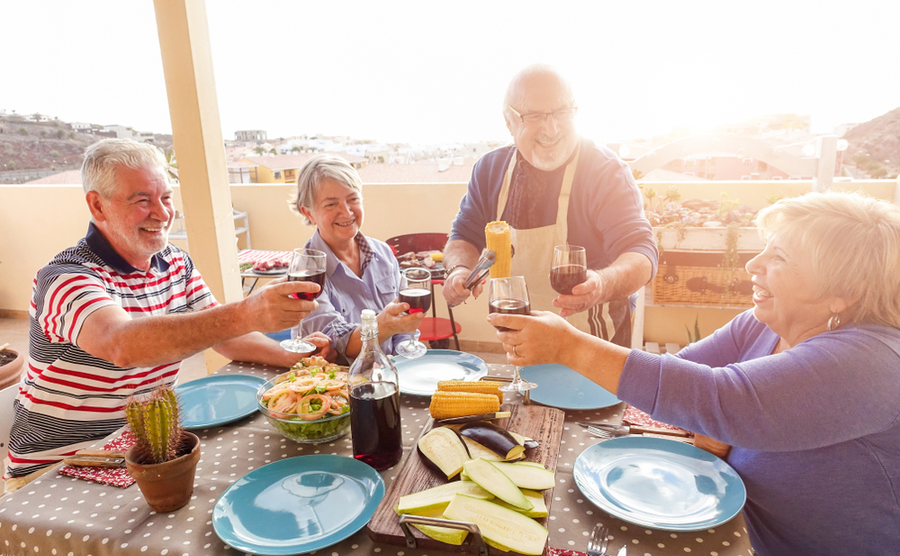 You will be surprised at how many amateur dramatic groups there are here and choirs. Not all are run by ex-pats, so if you speak Spanish, this would be a great way to get to know the local community. On the Costa Brava, for instance, an amateur dramatic group of varying nationalities puts on a traditional pantomime with a twist in early December. There is also a very active choir run by English people. In Madrid, a group performs plays in English and in Murcia there is the Cloud 9 Drama Group. For general information about such activities, just Google “amateur dramatics in Spain” or “choirs in Spain.”

You can find book clubs and art groups throughout Spain. The U3A (University of the Third Age) has several branches and many include these as does Meetup Madrid. The U3A groups have a great variety of activities so it would really be worth joining your local branch. The only requirements are that you are over 50 and speak English.

You’ll also find local art groups formed by just a few friends. In the province of Girona an international group have a Whatsapp group dedicated to local events and, in particular, art exhibitions in the region. Often, they arrange to go together to a major show in Barcelona and make it social too by including lunch. There will be other such informal groups you can join, you just need to get to know a few people first. Here again, Meetup will come to the rescue as they have art clubs amongst their many activities.

History and local interest groups are great sources of local knowledge as well as the history of the region you are moving to. The U3A might have just what you are looking for to further your knowledge and insight into your corner of Spain and beyond.

Volunteers are always needed to help other expats and local charities. Apart from supporting people in need, you will get to meet other worthy individuals who give up their time for the benefit of their communities. The Spanish Red Cross welcomes assistance from other nationalities but you will find something more local for sure which will give you an identity in your area.

Look for a pet rescue centre, a women’s association, British charities such as Help the Aged, Caritas (the Catholic Church’s official organisation in Spain for charity and social relief), local food banks AAEC (Asociacíon Española contra el Cancer). A good place to start is the Support in Spain website.

Did you know that EU members can become local councillors in Spain? Even if the UK is no longer part of Europe after 31 January, you can still get actively involved in your local town hall and local political groups. You can also join a UK political group in Spain, for example, British Conservatives abroad or the Labour Party.

Spain is the perfect place to practise every type of sport owing to its climate, its coast, its mountains and valleys, rivers and sea. Where do you start? Well, perhaps join a tennis club or a diving club. If you like the outdoors but aren’t that fit, join a local petanca group (like boules in France).

The U3A and other organisations have cycling groups, walking groups of varying difficulty and of course, golf groups. Spain is the country for golfers, with 349 golf courses spread from north to south and east to west. You’ll meet people with the same passions and keep fit too. Whilst on the subject of keeping fit, every town will have a yoga group, a gym, a padel court and other activities to keep you in shape.

Spain Property Guides can put you in touch with the very best lawyers and estate agents in Spain, for total peace of mind. Get in touch with your Golden Three here.

Some of these are run by British people or others who speak English and there are also relaxation groups, nutrition groups and dance groups. You will meet people with the same interests and can enjoy a full social life.

Join a Spanish class! Or Catalan or Basque. When in Spain, do what the Spanish do and speak their language. Meet others also getting to grips with a new language and culture, who perhaps have also newly arrived and who will be delighted to meet you. You will integrate much more quickly if you try to converse in the local lingo. Go on, give it a try!

Have you heard of Meetups? This group is the perfect way to get involved in fun activities and to meet people with similar interests. For example, the Costa del Sol and Málaga Meetup has 609 members and events last year included a summer night drink/coffee and chat, a day trip to Gibraltar and Beers Before Christmas. There are Meetups in most areas of Spain, so go online and look for www.meetup.com.