Spain enjoys over 3,000 miles of coastline and has more Blue Flag beaches than any other country! With beautiful coastal towns in abundance, it can be tricky to narrow down your property search.

So, to help you out, we’ve chosen 5 gorgeous Spanish beach towns, each with a fascinating story to tell.

Find gorgeous homes across Spain on our portal

San Sebastián – A haven for foodies

Let’s start in the north, with the captivating city of San Sebastián.

Situated in the Basque autonomous community, along the coast of the Bay of Biscay, San Sebastián is sometimes overlooked by property buyers who head straight to the southern coast. But with a unique charm, lively atmosphere, and stunning beaches, you’d be missing out if you didn’t give this city a chance.

So, what makes San Sebastián so special? Well, to start with it has gained a reputation as one of the best places to eat in Spain – if not the world! With 11 Michelin starred restaurants for a population of just 180,000, it’s easy to see why people travel from all over the world to dine in the city.

Three of these restaurants have even been awarded three Michelin stars, which is one of the highest honours when it comes to food. Some local delicacies include Pintxos (Basque tapas), bacalao al pil pil (cod fried in olive oil until crispy) and Basque cheesecake.

Along with full stomachs, you certainly won’t be bored. The city’s calendar is brimming with cultural events, including the International Film Festival which usually happens in September and attracts a whole host of A-list celebrities to the city.

However, San Pedro del Pinatar is actually famous for something different entirely. This small town has the biggest outdoor mud therapy sight in Europe. So, don’t be surprised when you walk along the beach and see people covered from head to toe in mud! 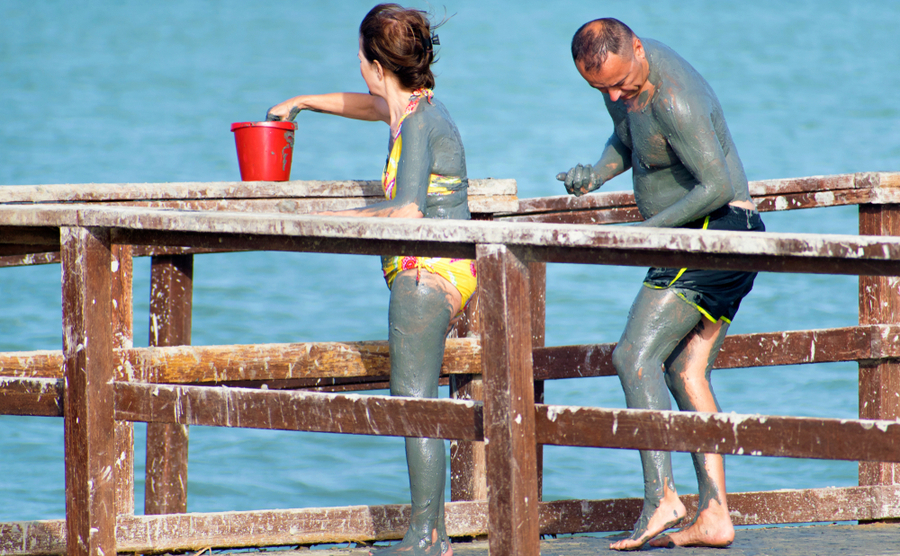 It is believed that the warm mud baths have therapeutic healing powers and help with arthritic pain, rheumatism and broken bones. Local legend even says that if you coat yourself in mud, walk 3km to the Molino de la Calcetera windmill and then wash the mud off in the same place you applied it, then you will have perfect health. It is recommended to do this procedure nine times for maximum effect – sounds like a good way to get fit too!

Mallorca holds a special place in many of our hearts, with around 10 million people visiting the island each year. The largest of the Balearic Islands, Mallorca has an enviable climate, friendly locals, sparkling beaches, and a vibrant and cosmopolitan capital city. All in all, it’s a wonderful place for both a holiday home and permanent residence! 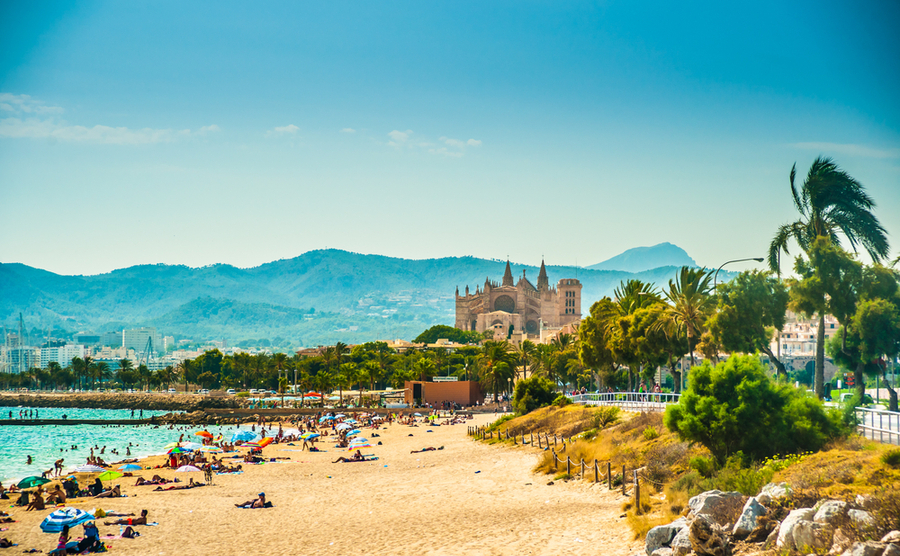 You’ll find around half of the island’s population in the capital, Palma de Mallorca. The city is suave and sophisticated, with high-end boutiques, a classy old town and plenty of cafes.

But it is the twelfth century cathedral that is the standout landmark. Unusually close to the beach, sunbathers can enjoy the magnificent Gothic architecture without leaving their towels! Towering high above the seafront, the honey-coloured sandstone structure really is a sight to behold.

Find beautiful homes in Palma on our portal

Nerja – Live music in a cave

Fondly called “the jewel of the Costa del Sol”, Nerja is a pretty whitewashed beach town, just 40 minutes east of Málaga city. It enjoys 10 miles of sandy beaches offering an array of water sports including water skiing, scuba diving and sailing. Playa Burriana is a favourite among holidaymakers and is lined with numerous beach bars and stalls.

The town has spectacular panoramic views of the glistening Mediterranean below, but it is the nearby caves that really put Nerja on the map.

Home to the largest stalagmite in the world and stretching for nearly 5 kilometres, the caves are on many people’s bucket lists. And if they don’t already sound cool enough, they are also a concert venue! The regular summer concerts in the caves have attracted musicians from all over the world and make for a truly memorable night out.

Find beautiful homes in Nerja on our portal

Oozing with history and charm, Cádiz is thought to be one of the oldest cities in Europe. First inhabited by the Phoenicians in 1100 BC, the city in Andalusia now boasts a wealth of breath-taking architecture that has been influenced by all those that settled thereafter.

Cádiz’s geography is also rather unique. It is almost completely surrounded by water, meaning there is a healthy supply of beaches and harbours to enjoy.

The best way to explore this enchanting city is by foot. A stroll through the city will take you back in time, with medieval cobbled streets leading to large café-lined plazas. The charming Old Town is enclosed by the remnants of the old city walls and is dominated by the towering dome of the Cathedral of Cadiz.

Find beautiful homes in Cadiz on our portal

Bethany is the resident copywriter for Property Guides, producing regular news, articles and guides. She is an expert in Spain and Spanish property having owned a property in Mazarrón in the Costa Cálida since 2003. She offers great, personal advice on buying property abroad. Publications written for include Rightmove, Care Home Management Magazine, What's New in Publishing, Luxury Advisor and Property Press. She has also been featured in the Daily Express.