Oh, we do like to be beside the seaside! Especially when the British autumn is drawing in and Christmas looks like being cancelled. We have handpicked five rather special, smaller communities on Spain’s Mediterranean coast, where you’ll find a warm welcome.

With the covid pandemic larger resorts and cities have rather fallen out of fashion, while smaller coastal towns are more popular than ever. Let’s face it, they’ve always been healthier, with the sunshine giving you a greater zest for life along with the vitamin D, and the sparkling Med tempting you to get out of the house.

Start looking now and you could be a homeowner by summer! Don’t miss your free guide, How to Buy a Holiday Home in Spain.

While some areas are still holding onto their house prices quite well, in others they have fallen by as much as 10%, according to some reports. So it is the perfect time to look for that home by the sea.

The Costa Brava welcomes people from all over the world and is well versed in the tastes and requirements foreign buyers demand. 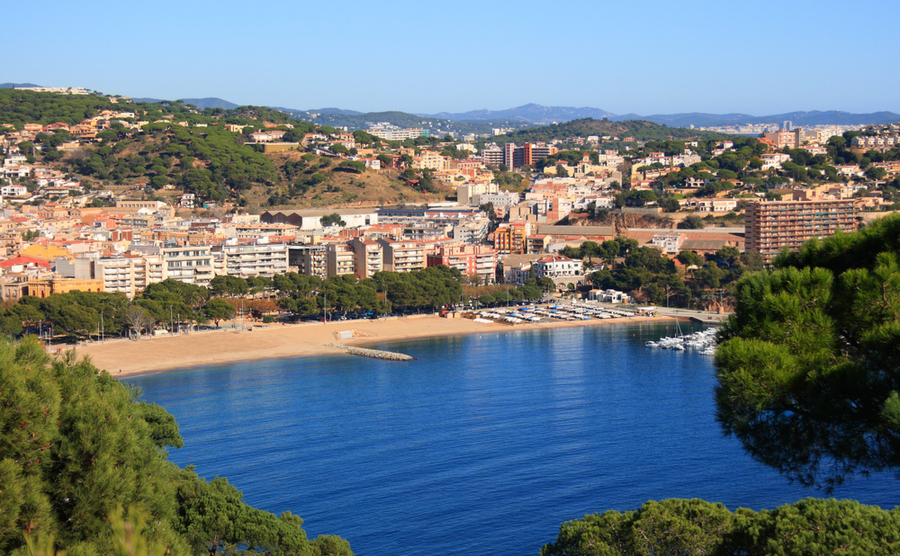 Have a look at Sant Feliu de Guixols, a very pretty seaside town with two fabulous beaches, a marina, a high-class art gallery and a promenade. With a population of around 21,000 it is not that large. The shops, bars, restaurants and banks are mainly in the area close to the sea, giving it a welcoming small-town feel.

Another advantage is that it is just 30 minutes from Girona airport, Girona city and the train station. It is also 20 minutes from the AP-7 motorway to Barcelona and the French border. It stays “open” all year round, though is naturally quieter in winter.

It is quite upmarket and house prices reflect this. Expect to pay up to two million euros for a substantial house high up with uninterrupted sea views. Then again, just €175,000 will net you a two-bedroom apartment in the town centre.

Just south of the big town of Gandía, lies the small municipality of Daimús. The population of just over 3,000 makes it a peaceful place where you can enjoy its excellent beach known for its clean waters.

For younger families there’s an International school nearby, and everyone will enjoy the long, flat promenade that stretches all the way to Gandía (with bars and restaurants to stop in on your way!).

Property prices are less expensive than in other towns in the area such as Javéa and Denía. Two-bedroom apartments average from €120,000 and three-bedroom detached houses from €200,000.

L’Alfàs del Pi (also known as Alfaz del Pi) lies very close to Altea but is a town in its own right with a population of around 20,000. It’s 50 kilometres north of Alicante, set on the seafront and with a delightful golden sand beach and clear water.

It too has a promenade and is nearby several golf courses which can be enjoyed all year round in the mild climate and warm winters as can a large variety of other sports.

It is known for having a large number of foreign residents, including British with a 50-50 mix of Spanish people. Locally grown vegetables are available at the Friday market.

Two-bedroom apartments start at around €135,000 and three-bedroom villas will be in the region of €500,000, but you can easily spend a million euro for the perfect villa.

Most people have heard of Mojacar but probably not Garrucha which is next door, a 45-minute drive from Almeria airport. Its population is 8,000-plus and it remains an authentic Spanish fishing town; Garrucha prawns are famous in Spain. 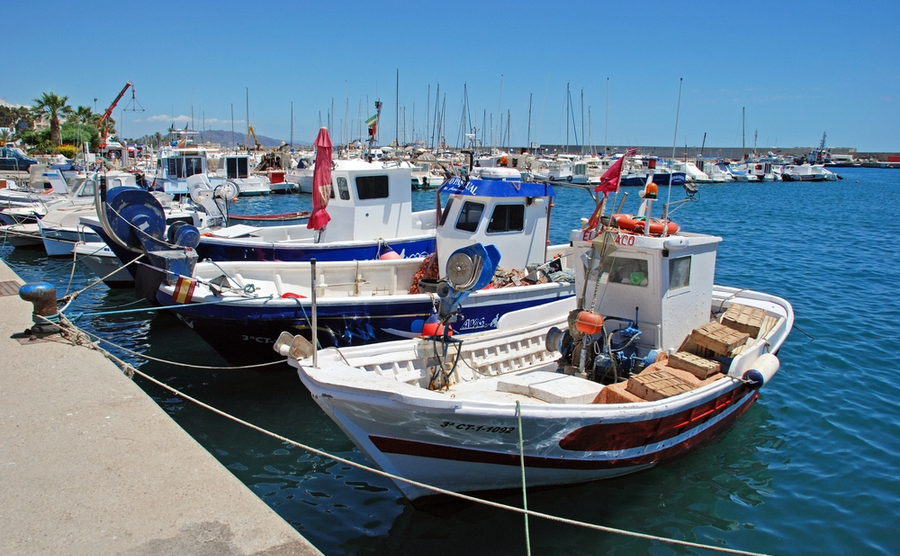 The two-kilometre tree-lined promenade is where locals come for their evening walk as the sun sets.  As everywhere on the Spanish coast, you can play golf and other sports all the year. There are some British living here, of course, but mor as many as in Mojacar. There is a regular bus service between the two towns.

Almeria is a little cheaper, so a nice two-bedroom apartments will cost from €100,000.

The town of Torre del Mar dates from Phoenecian times and today has a population of just over 22,000. It lies just 38 kilometres from Málaga and its international airport, culture and excellent shopping.

It has three beaches (one nudist) and a long promenade. Seafood is the main cuisine in its many restaurants and there is a large shopping mall as well as the Aqua Velis Water Park offering fun for the whole family. Torre del Mar has some interesting small shops and plenty of pubs, bars and restaurants. Technically, it is part of Velez-Málaga but feels like an independent town.