Our nearest and much loved neighbour boasts some of the most glorious sunny spots in Europe, from the Riviera to the microclimates of the Charente. We could all do with some sunshine in our lives at present!

It is often said that generally speaking, anywhere south of the Loire is a banker when it comes to the sunniest climate in France. There are also some wonderful micro climates meaning hot summers and mild winters. How about these super places to sit and dream about for when we are free to travel again?

If you are worried about getting healthcare in France, don’t put your plans on hold – download our guide, Healthcare Abroad to find out how the system works.

Provence and the Riviera 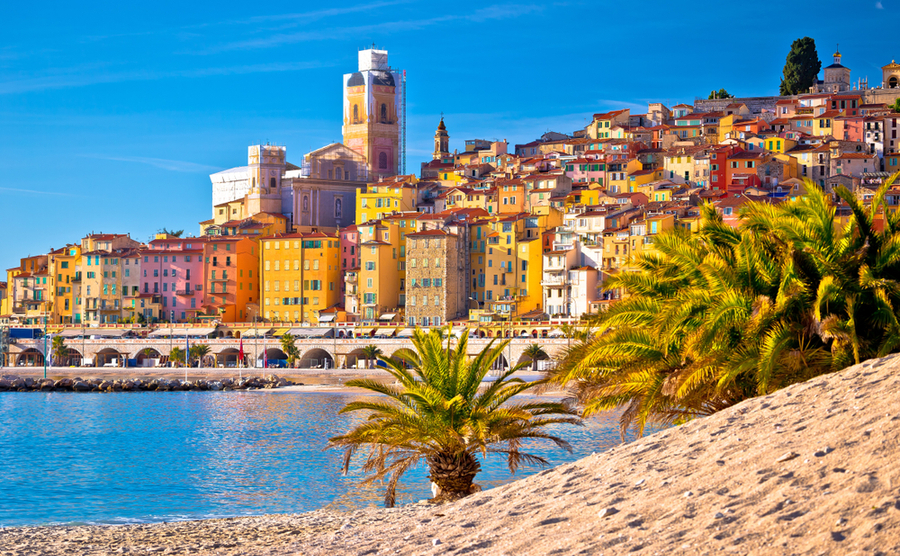 The famous resort town of Menton.

Long held as the most popular and glamorous area in France, Provence is still the most sought after of areas and comes out pretty much top of the league when it comes to sunshine hours per year. Marseille, which is France’s second largest city, has almost 3,000 hours of sunshine per year, closely followed by the lovely city of Toulon and also Nice, the so called capital of the French Riviera. But the whole region offers fabulous sunshine and truly golden light. Property prices are amongst the highest in France but it is still possible to find a bargain a little further inland and prices here will always hold their own. 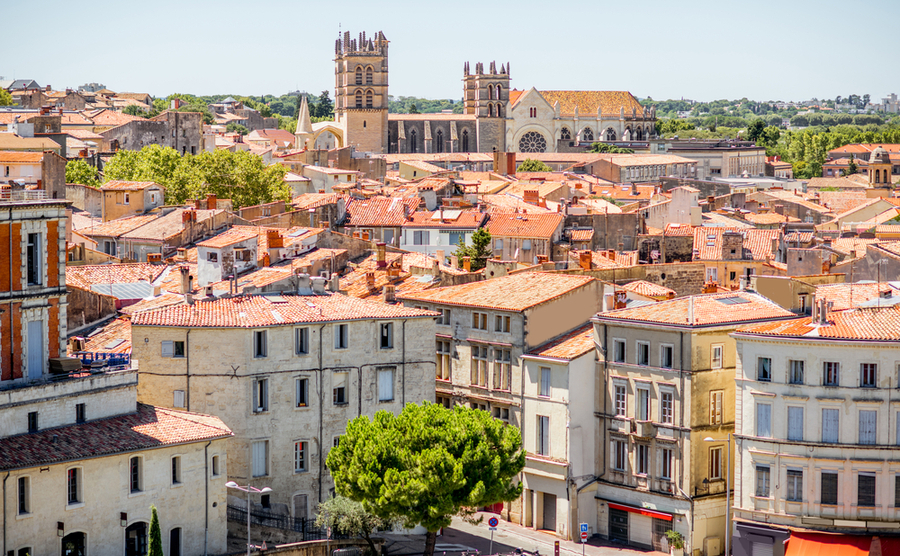 Montpellier, one of my favourite cities in France.

Further over to the south west, Montpellier, the capital of the old Languedoc-Roussillon area, now called Occitanie, is a most attractive and vibrant young city, proud of its stunning architecture, pedestrianised streets, chic shops and of course the university. Bordering on the Mediterranean Sea and also boasting an extremely sunny climate, this is a wonderful city. With hundreds of kilometres of soft sandy beaches very close by, it is never over crowded here even in the height of summer. Check out the beaches at Sete, Leucate, Port La Nouvelle and Gruissan: all wonderful spots and cheaper than neighbouring Provence of course. This whole area is becoming hugely popular with foreign buyers, being so close not only to the sea but to Spain and the mountains for winter sports as well as being easily accessible with 5 airports: really a little bit of everything! One of the loveliest aspects of this region is that the sun is somehow more golden than what we are used to in the UK: little wonder that it has always attracted so many artists as well as tourists!

Still in Occitanie, Carcassonne is one of the most visited cities in France with its UNESCO World Heritage site fairytale castle never failing to impress, however many times one has seen it, and again, plenty of sunshine year round. Although a little further from the beaches, you can still access them within an hour’s driving from here and there are some wonderful ancient Cathar villages and monuments to explore all around Carcassonne.

Don’t gamble on getting the exchange rate you want on the day you pay your deposit. Find out how to secure a fixed rate for a year in The Property Buyer’s Guide to Currency. 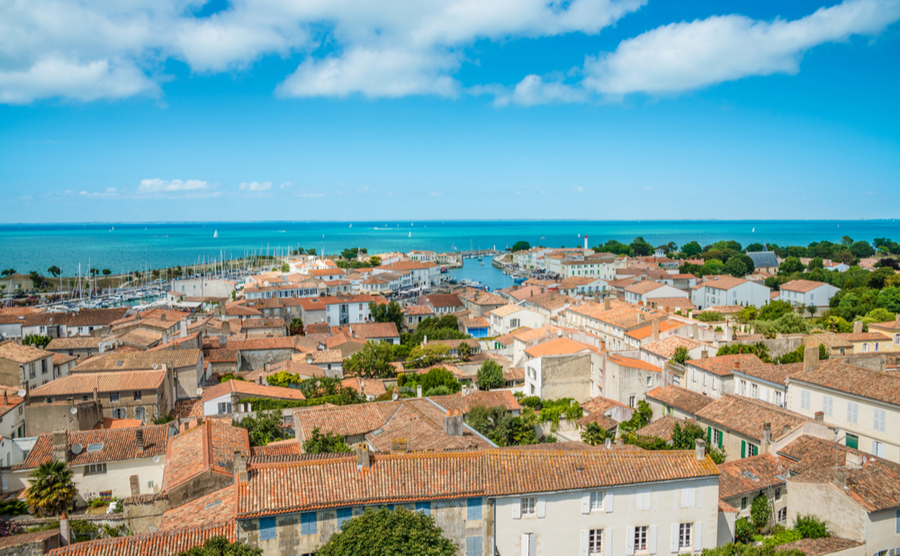 Saint-Martin on the Ile de Ré.

Close to the Atlantic coast, this region has a micro climate and also has many lovely sandy beaches. La Rochelle, a laid back and very pretty and popular fishing village and its stunning neighbour, the Ile de Ré, has more than 2,000 hours of sunshine per year – that’s more than some parts of the Atlantic coast further south! The Ile de Re is the most delightful place with pretty coloured buildings, well worth a visit. Take a look also at La Plage de la Conche Baleine, La Grande Cote and La Palmyre, all superb beaches offering all sorts of water sports.

The UK government has said there will be no extension to the Brexit transition period – but you can still move once it’s over. Learn more in How to Live in France After Brexit. 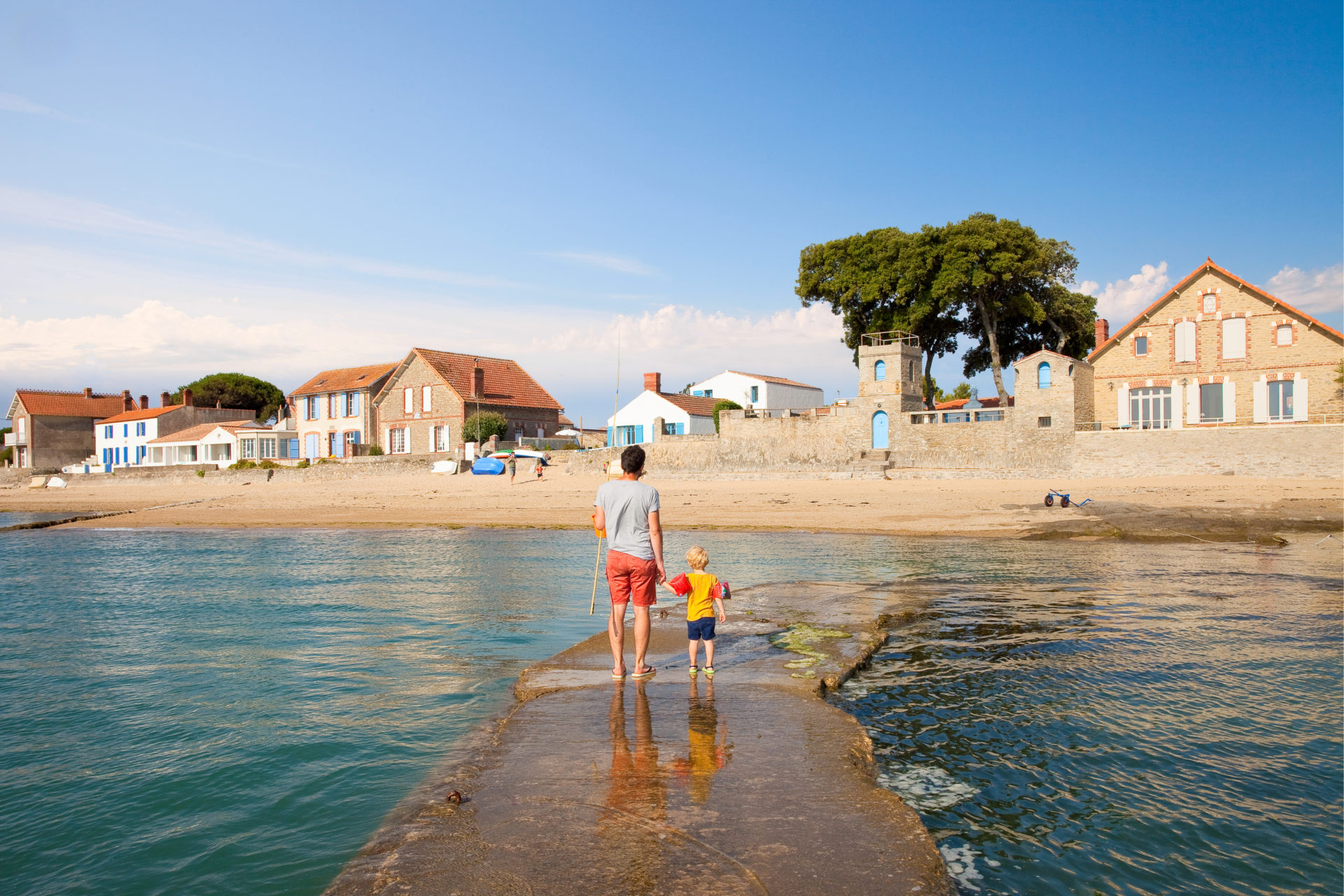 Located a little further north in the Pays de la Loire region, this department also has a wonderful micro climate benefitting from the warm currents of the Gulf stream and so again, here you have hot dry summers and mild winters. Interestingly, the Vendée does not really have any large towns, just some very quaint little towns and villages, giving it a particular charm. The Vendée is known for its soft sandy beaches as well as rock pools and little coves to explore. It has almost 150km of beaches and plenty of sunshine, plus property prices are still very reasonable.

The Vendée has almost 150km of beaches and plenty of sunshine.

It is not hard to find the sun in France, wherever you go! One of the loveliest things about the country is that the seasons are very much in evidence with spring heralding growth and birdsong, hot languid summers and golden autumns plus in many parts mild winters when you still mostly have clear blue skies and sunshine. You can easily find your own sunny spot in la belle France!