France is a country steeped in history and very proud of its traditions. From etiquette, food and drink and lifestyle (some more obvious than others), here are some French traditions you need to know.

Anyone who has ever visited France knows that the greatest of all French traditions is in greeting people. From “la bise” – kissing the cheeks of people you know, to walking into a shop and addressing anyone and everyone in there with a cheery hello, it’s just simply the way of life and it is certainly not optional. The French take great pride in their manners, etiquette and respect. Be careful though, on first meeting it is considered rude to address someone as “tu” rather than “vous” (one must wait to be asked) and many a faux pas has been made with the greeting kiss. From attempting the incorrect cheek first to knowing depending on region how many kisses are required, to the unsuspecting visitor this can be a minefield.

If you’re going to buy within the next six months, make sure you get your tickets to Your Overseas Home. It’s designed specifically for serious buyers, so you can get detailed information from lawyers, agents and currency providers. 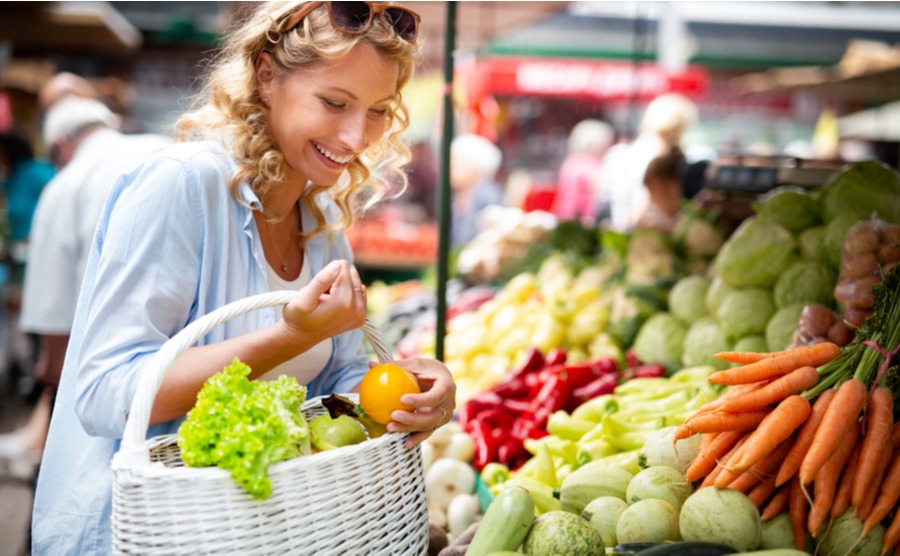 The market is the hub of French village life.

On the other hand, some other French traditions can seem rather direct and abrupt to other cultures. The French are simply not into flowering things up and will ask very direct questions if they want to know something which may to the outsider seem rather abrupt. This is in fact not rudeness at all, simply a question of getting straight to the point. As is the tradition of staring, which in other countries not widely considered as polite, means in France that they are simply looking at you (reason unknown). A word of warning – never ever get into a staring competition with the French, it is one you will just lose. And you will quickly learn to not take offence, else forever be offended.

Any attempt to speak French will be hugely appreciated, and don’t worry about making mistakes – just trying to learn the language will go down well.

The most important thing to know is that French is a language with formalities, and, as above, using the wrong form of “you” could possibly offend someone. If they are older than you, are your superior, or if you do not know them, use “vous”. If they are a child or your classmate, use “tu”. However, for someone more junior than you at work, still start with ‘vous’, as acknowledging that by calling them ‘tu’ can be just as offensive.

In days gone by, the “vous” form was almost constantly used, even amongst families, in particular by the upper classes, which may seem strange to us now. The two different forms of “you” exist in other European countries also, so it is important for British visitors and expats to learn the difference.

Any attempt to speak French will be hugely appreciated, and don’t worry about making mistakes – just trying to speak the language will go down well.

If in doubt, always go for ‘vous’, and make liberal use of ‘monsieur’ or ‘madame’ to address anyone working in a service job (shop assistants, train conductors), elderly neighbours and just anyone else you want to be polite to.

‘Madame’ and ‘mademoiselle’ are not related to marital status, and ‘mademoiselle’ should only be used for teenagers these days. Most French organisations have banned the use of the word in correspondence, and it is falling out of use.

Finally, you’ll notice the word ‘bon(ne)’ (‘have a good…’) coming up frequently. A general goodbye? Bonne journée ! Off for the evening? Bonne soirée ! Off to another party? Bonne fin de soirée ! Off to the hairdresser’s? Bonne coiffeuse ! Not doing anything? Bonne continuation ! 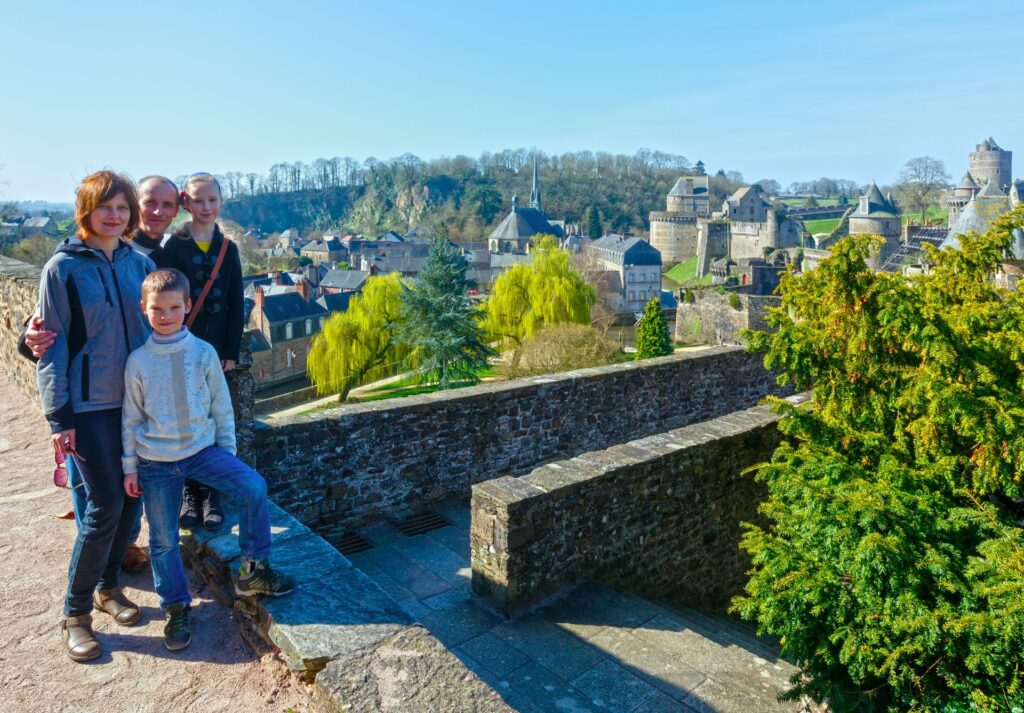 Settling into the lifestyle

French markets are often the hub of the community, particularly in rural areas. Most communes have a weekly market and everyone attends (weather dependent of course). Despite people growing their own fruit and veg, it’s not actually all about shopping. It’s about being seen, catching up with friends and maybe catching up on the latest gossip.

Love it or hate it, but you’ll never stop it: one of the most talked about French traditions, especially in rural communities, is “La Chasse” (hunting). Between the months of September and March the Chasse are out in force and you won’t get away without hearing the rather terrifying noises of packs of braying hounds, the hunt horn wailing or if you’re especially lucky, a deafening gunshot. This can be the most disconcerting of French traditions, especially when you consider that gunfire of this sort often sounds much closer than it probably is in reality. The hunt has been the centre of rural communities for years and years. As well as providing a service in keeping down the wild boar and deer population, for many it is a social club and lunches and soirées for the chasse can continue for hours – you just learn to hope they won’t continue the hunt afterwards!

For anyone buying property here (as a permanent residence or a holiday home) brace yourself for possibly the most frustrating of French traditions – the “dossier” (paperwork). From re-registering your car in France, to exchanging your driving licence or even applying to register your business, don’t think you can embark on this activity without an amount of paper that would make trees shake with fear, a printer and more print cartridges than you can shake a stick at. The French authorities simply love a “dossier” and the thought of “paperless” just doesn’t seem to have caught on. If you haven’t had to print out a tonne weight of paperwork and lug it around in a suitcase for months on end in order to complete any administrative task well you just haven’t lived authentic French life.

Upon first arrival in France, you may be on a high, feeling like you’re on holiday and in no rush to do anything. A late wake up, a potter around your beautiful garden to remind yourself how lucky you are, finally maybe getting dressed and then you realise you need to grab some food. You dutifully trundle down to the supermarket and they are shut! French traditions hold food and mealtimes in high esteem regardless of owning a business and needing to make a living. From some supermarkets, to DIY shops, tabacs and pharmacies – most things stop for lunch. And we’re not talking about a quick 5 minutes to ram a plastic-tasting sarnie down your throat, we’re talking 2 hours or so. Aggravating upon first arrival in France, you’d be surprised how quickly you learn this lesson and, as you’ll struggle to get much done over this period as the saying goes “if you can’t beat them, join them”.

After lunch, business resumes as usual, at least for a fair few hours before for some the best part of the day – apéro time! A serious business here, it’s not just a quick drink, it’s almost made into a mini dinner, often accompanied by a smorgasbord of snacks.

For a smooth move to France, you need to make sure that your budget is protected – or a sudden change the exchange rate when sending money can lead to losing thousands of pounds. Find out how in our partner Smart Currency Exchange’s guide, The Property Buyer’s Guide to Currency.

Bank holidays and celebrations of note

Officially 11 bank holidays are observed in France but watch out. If you haven’t heard of the expression “faire la pont” you will soon come to understand its meaning. If a bank holiday is on a Thursday or a Tuesday, then according to French tradition, they will also take off the day separating them from the weekend creating the impression of “doing the bridge” over the weekend.

The 14th July – Bastille Day or “La Fête Nationale” is a very important date in the national calendar. This day marks the storming of the Bastille in France, a turning point of the French revolution which united the people of France on 14th July 1789. Huge celebrations are held nationally as part of this celebration including military celebrations and is the time you will most hear fireworks ringing out.

A lesser known celebration is the “fête des voisins” on the last Friday in May annually. Another of those important French traditions is to look out for others in your commune especially those that may have no family. The brainchild of Atanase Perifan, the idea was to bring people of the same neighbourhood together in the spirit of conviviality and solidarity. From small get-togethers to large street parties, this is a big deal and in today’s world very much should remain so.

Then we have Christmas. Unlike the UK the main day of celebration here is December 24th when the day builds up to a fabulous evening meal – Le Reveillon. This is a day for family and to enjoy the build-up of the anticipation of the wonderful evening to come. Tables are set ornately with candles, scatter decorations and lights and you may well be surprised by the wonderful tradition of the tablecloths being knotted at the corners, done in order to block the devil from joining in. A place is also often set for either “an unexpected visitor” or for “the poor”. The meal on the 24th can last for hours, with menu options differing slightly from region to region and is also the day when gifts are offered.

And just when you think Christmas is over, Three King’s Day arrives on January 6th. The French traditionally celebrate Epiphany by baking a special cake called “la galette des Rois” – the king’s cake. A round puff pastry based cake houses a special trinket called “une feve”, meaning a bean and is eaten as a celebration on this day. The serving of the cake becomes a game as a child hides under the table and shouts out the name of the next person to be served a slice so there is no way of knowing in advance who will end up with the piece cocooning a tiny porcelain feve. Be careful how hard you bite into your cake and whoever finds it is said to receive instant good luck and also gets to become the King or Queen of the party as well as attaining the privilege of wearing the crown. Be careful what you wish for though, as it is also tradition that the King or Queen will then be in charge of providing the galette for the next year’s festivities.