How do French inheritance and succession laws work?

Once you own your new French home, it’s a wonderful time of celebration! Always a busy but fun time for sorting out furniture and generally making it your own, it is however very important to make a will and give serious thought as to how inheritance laws and tax work in France. This is of course a specialised area and we strongly advise seeking professional advice from an independent lawyer who is well versed in French law and inheritance aspects, in order to protect your interests.

Does my residency status change what I pay?

It is somewhat of a challenge to get to grips with the French inheritance tax laws and important to note that inheritance tax is potentially payable by non-French residents, as well as those resident and tax domiciled in France.

If you are considered to be domiciled in France, your worldwide estate will be subject to French inheritance tax rules. Any immovable assets (a house or flat) situated in the UK and any shares held in UK limited companies will also be taxable in the UK.

To be put in touch with a trusted, UK-based French lawyer, fill in the form here or at the bottom of this page.

In the same way, if you are considered to be domiciled in the UK, your worldwide estate will be subject to UK inheritance tax rules. Any immovable assets situated in France and any shares held in French companies will also be taxable in France.

If there are assets which are taxed in the two countries on the same occasion, the UK/France Double Taxation Treaty ensures that a credit is given for tax already paid in one country so that you don’t pay tax twice on the same asset.

What are the rules on inheritance for spouses and other family members?

The first thing to understand is that French inheritance law is more restrictive than UK inheritance law, in that children are treated as  “reserved heirs”, which means that they are automatically entitled to inherit a share of their parent’s assets on  death. A parent cannot disinherit his/her children by making a will under French law.

If you live and/or own assets in an EU member state such as France, the inheritance law which will be applicable to your worldwide estate on your death will be the law of the country of your habitual residence at the time of your death. Thus, if you are French resident on your death, French law will apply to the whole of your succession.

It is important to note that a spouse is not a reserved heir but is entitled to a minimum of a quarter of the spouse’s estate. If you have children together (not step-children), then the spouse can instead choose to receive a lifetime interest in the property & other assets situated in France.

Can I have UK law apply to my French assets?

The applicable law is now governed by the EU Succession Regulation (also known as “Brussels IV”) which came into force in 2015.

British nationals are now able to elect within their wills for the law of England and Wales (“English law”), Scottish law or Norther Irish law to apply to the succession of their French assets, thereby avoiding the French forced heirship rules under which all natural children must inherit a share of their deceased parent’s estate.

This means that you can leave the whole of your French estate to the surviving spouse in the first instance and any rights of family members or dependants will be assessed under the English rules.

France has signed up to the Brussels IV Regulation and so will apply its provisions in full.

The UK did not sign up to the Regulation and as such, Brexit will not have any impact on the Regulation’s application to UK nationals, even in the event of a no deal situation.

The election of the law of your nationality must be expressly made in your will and in clear terms. An election of English law can appear in a French will, but we recommend you take specialist advice from a French legal expert as the wording of your French will needs to be considered carefully, and it will also be necessary to review any existing English will to ensure that the wills are consistent and do not contradict or revoke one another. 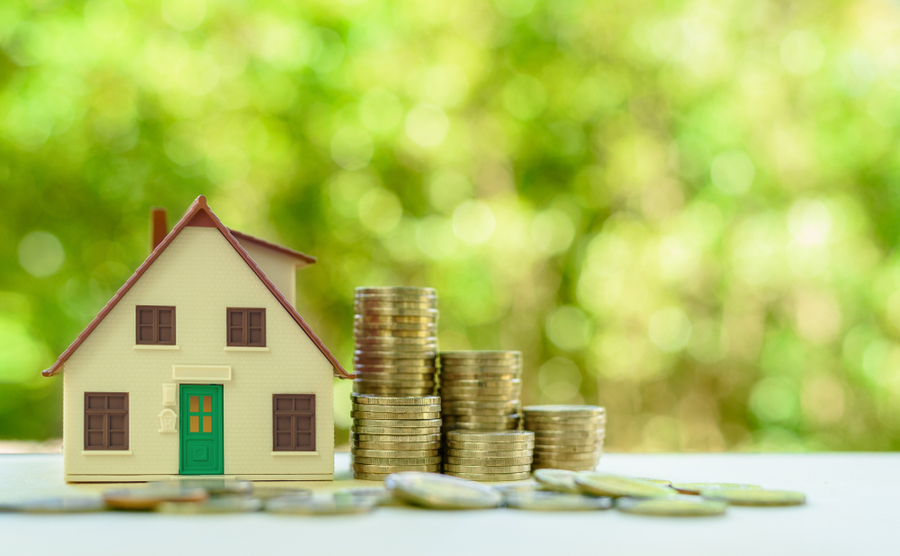 Does tax have to be paid in France?

It is important to note that an election of English law to govern your estate does not alter the inheritance tax position.

French inheritance tax will be payable on assets situated in France (if the deceased is non-French resident) or on the deceased’s worldwide assets (for a French tax resident).

In France, inheritance tax is payable by each beneficiary rather than by the estate and the tax-free allowance available, as well as the rate of tax, is determined by the relationship between the deceased and the beneficiary concerned.

As in the UK, there is no inheritance tax payable on assets passing on death between spouses in France. Children, including adopted children, have a €100,000 tax free allowance on assets received from a parent, and inheritance tax is  payable on any surplus over this amount on a sliding scale between 5% and 45%. However, the tax treatment of stepchildren is drastically different, as they are taxable in France at the highest rate of 60% on assets inherited from a stepparent once a small tax-free allowance of €1,594 has been applied.

This 60% inheritance tax burden therefore needs to be understood and accepted if you intend to leave anything in your will to a stepchild.

How do you write a will in France?

There are various forms of wills in France, although the most common one is the French holographic will, which will be valid in form as long as it is written entirely by hand and signed and dated by the testator. Unlike in the UK, there is no requirement for a French holographic will to be witnessed. It is possible to register your French will at the French Central Registry Wills, which would facilitate its discovery on your death.

Whilst a French holographic will is very simple in its form and can be written by you, you can alternatively seek assistance from a notaire for a reasonable cost of around €200. It is, however, always advisable to seek advice from a French legal expert, specialising in cross-border estates, who will be able to guide you through the wording of your will.

Maximise the value of the estate through currency planning

In many cases, there will be some  Inheritance Tax payable in France, but you can maximise the value of the inheritance left to you by using a currency specialist to ensure your money is protected against fluctuating market rates. Currency specialists can also lock in an exchange rate that works for you using a specialist currency product called a forward contract, allowing you to forward buy currency at a set rate for up to a year. This is often a good idea if you have any large inheritance sums to transfer between countries, or ongoing regular payments needed after that. The savings all start to add up, so it is worth investigating for peace of mind at a difficult time.

We can put you in touch with Smart Currency Exchange, rated #1 in the UK for money transfers and the recipients of over a thousand five-star reviews from our readers.

Financing your Purchase
Hidden Costs
Tax Planning
Inheritance Tax
Your Pension
Insurance
We use cookies to give you the best experience on our website. For more details please visit our Cookie Policy.
Accept
Manage consent