Where are the best places to buy a home in the Charente-Maritime?

If you love the sea or the countryside, then look no further. Full of culture, history and magnificent scenery, it’s no wonder that so many buyers look for property for sale in the Charente-Maritime.

One of the original 83 departments created during the French Revolution and originally named Charente-Inférieure, on 4th September 1941 it was re-named Charente-Maritime. Of the estimated 230,000 Anglophones in France, nearly 45,000 of them have chosen to settle in the Nouvelle-Aquitaine region of Western France of which the Charente-Maritime is a part. Due to the large numbers of ex-pats that settle here, there are always English speaking people, social circles and events should you need them in order to help aide your transition into the community. Something that makes property for sale in the Charente-Maritime so attractive to some.

The department offers a fabulous climate, a wealth of culture and history and attracts many people due to the popular islands and beaches as well as the numerous nature reserves, and the tourist industry here provides many opportunities for employment and potential for income streams. Whether you’re a lover of the sea, fishing, sailing, golf or nature, prefer life quiet or busy, it is no surprise that so many ex-pats are choosing to look more closely at property for sale in the Charente-Maritime.

Don’t miss your tickets to the Manchester Your Overseas Home show on 25th April. It’s the perfect chance to get face-to-face advice from experts in property, law, finances, removals and more, without the need to travel. 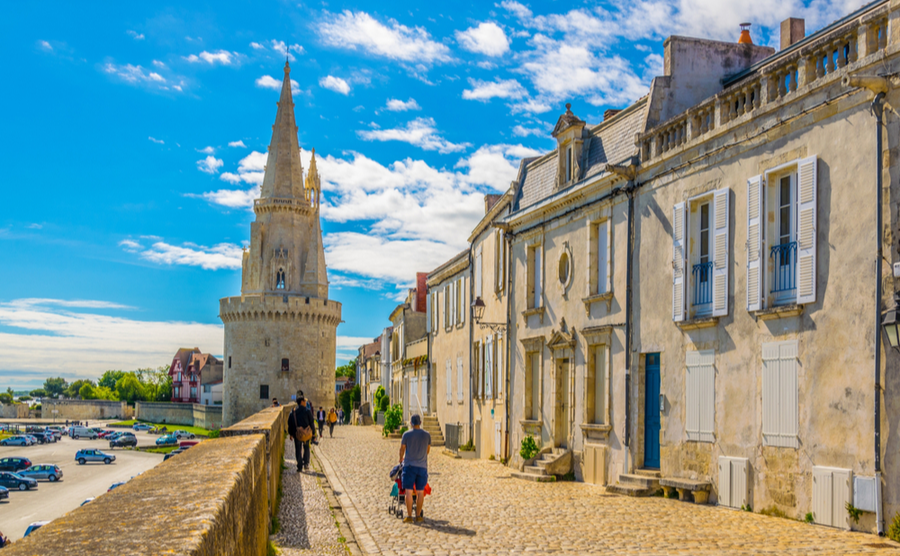 The Charente-Maritime is perfect whether you’re looking to live in a seaside town or country village.

Transport links to the Charente-Maritime are good and the department is served by several airports, the closest of which is at La Rochelle – however Bordeaux, Poitiers, Limoges and Nantes are all within reach. If you prefer to travel by train, the region is served by the TGV at Surgères and La Rochelle and of course, you could always take a drive down through France, stopping for adventures “en route”. Good transport links to the region encourage visitors from both within and outside France providing a boost to the ever growing tourism industry of the area as well as encouraging people to take a closer look at the increasing opportunities presented by property for sale in the Charente-Maritime.

Specialities of the region

The Charente-Maritime is extremely proud of its speciality food and drink. Due to its proximity to the sea, fish and seafood is of particular note here. As with the rest of the Charente area, it is famed for its Pineau de Charente and Cognac and you can tour these distilleries/caves in order to learn about its production as well as a snifter or two. You need to experience a “brulot charentais” (also well known as Angel’s Flames or brulé coffee) at least once while you’re here. Coffee with cognac placed next to the cup on the saucer alongside sugar, the cognac is lit and the result is that your coffee heats itself. A bit like lighting the Christmas pudding in the UK!

Cities of the Charente-Maritime 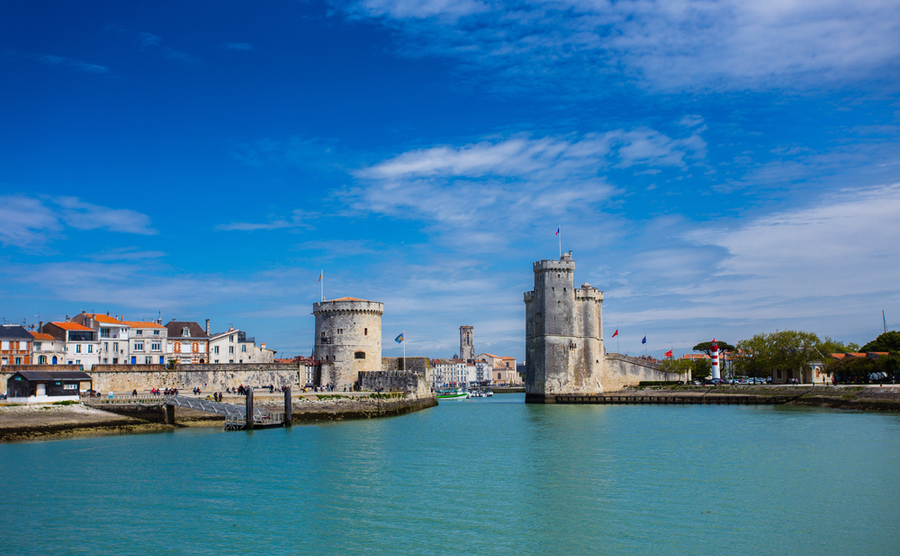 The famous harbour of La Rochelle.

Find out what to plan for your move in our free Emigration Guide.

If you’ve ever studied French at school you will have heard of La Rochelle from your old “Tricolore” study books. Situated at the Northern tip of the department, the majestic capital of the Charente-Maritime, La Rochelle is a port City on the Bay of Biscay, part of the Atlantic Ocean. Due to its location La Rochelle provides an Oceanic climate, and rarely experiences extreme weather, hot or cold. La Rochelle is a thriving city, which has managed to both retain its history and architecture of the past whilst fully embracing the present, making it a prime spot for tourists both from within and outside of France as well as house hunters looking for property for sale in the Charente-Maritime. A deep water harbour, aquariums, botanical gardens, shops, restaurants, the sea and the life within the city truly provides something for everyone. It also boasts one of the biggest music festivals in France, held annually each summer called the “FrancoFolies” which showcases and celebrates French musicians with a whole week of concerts. It is also home to a huge student population providing education to over 10,000 students a year. Due to the popularity of the city, prices are at a premium here reaching up to 3,900 € per m². 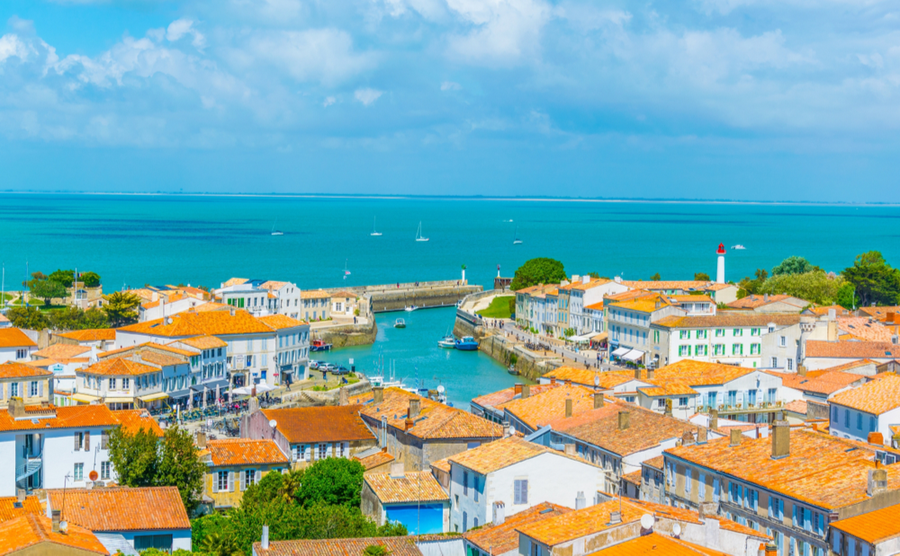 Connected to La Rochelle by a 2.9km bridge completed in 1988, and 32 square miles in size, Ile de Ré is viewed as one of the most popular summer holiday destinations of well to do Parisiens. An island surrounded by picturesque sand dunes and leafy pine forests it provides the perfect antidote to their normally bustling city life. The preferred mode of transport on the island is bicycle and the cycle paths are both immaculate and well signed. Offering both large outdoor and indoor markets as well as beautiful beaches for intermittent pit stops and swimming to break up your day of cycling, it is easy to see why the French are so very proud of this island. 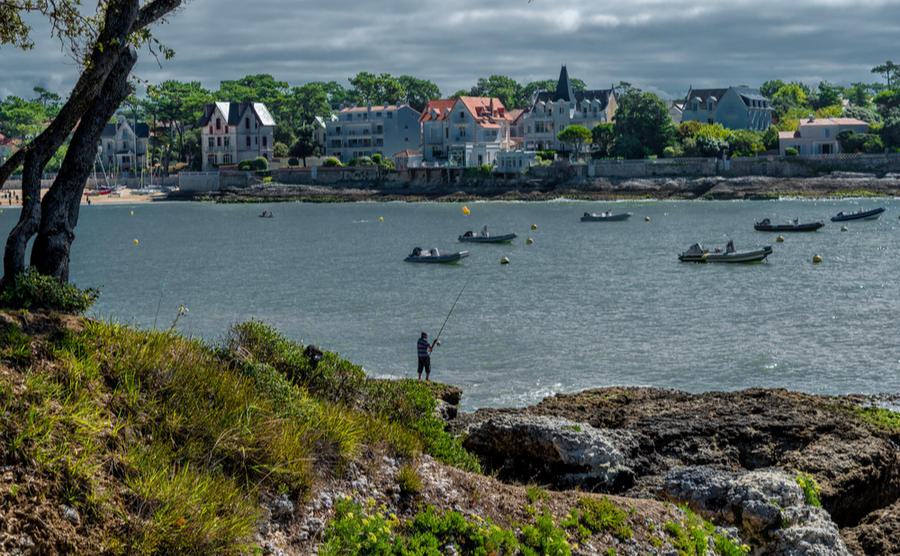 The picturesque town of Royan.

The archetypal resort of seaside living, Royan was amongst the first places where sea-bathing took place in France and is still hugely popular with French holiday makers. Royan boasts some of the most impressive Atlantic sea coasts in France. It is the city’s reputation for having friendly inhabitants, great restaurants and markets full of life, as well as its proximity to places such as La Rochelle and Ile de Ré which make it so popular! Obviously with popularity, sadly comes a hefty price tag for property, averaging around 3,000 € per m².

Get your free, no-obligation quote from our property insurance partner today. 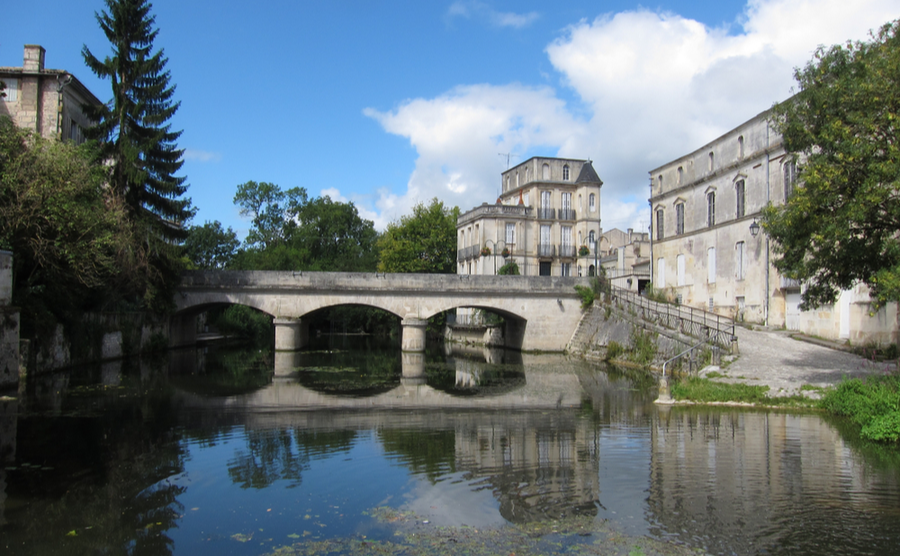 The Seugne river at Jonzac.

One of the four prefectures of the Charente-Maritime, Jonzac has, since 2015 held the accolade of being one of the most beautiful detours in France. Set within magnificent vineyards and landscapes, Jonzac is of big historical importance and is a thriving centre of activities and history, with some of its architecture dating back to Roman times. Tourism in this city is very well organised, with many activities, exhibits and events. Boasting a breath taking castle which acts as the city’s symbol there are many well guided tours you can take to learn more about the castle, the history and the culture of this beautiful place. A highlight for kids and adults alike is “La Base de Loisirs” a recreational park built around a lagoon, surrounded by a fine sand beach featuring picnic areas, fishing lakes, walking paths, a children’s play area and large grass lawns. For a city with such potential and life, house prices here are reasonable averaging 1380 € per m². 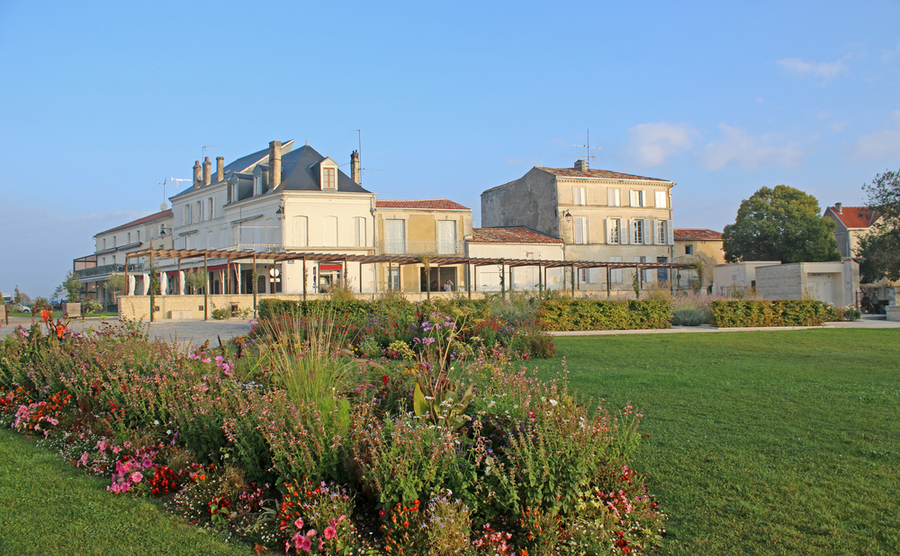 Another city steeped in history dating as far back as the 12th century, under the ever watchful guard of the “keep of Pons” – the city’s symbol. The medieval centre of the city makes an attractive proposition for visitors making it one of the popular tourist destinations in Charente-Maritime. Another interesting point of note, is that the city’s popularity has increased due to its position as being on one of the most popular pilgrimage routes across France so it also holds deep religious significance. Fans of Romanesque architecture will be truly spoilt by what this fantastic city has to offer. More affordable when it comes to property than Jonzac, a house here will cost you an average of 1,200 € per m².

Get legal advice on purchasing in France from our firm of trusted solicitors.

Viewed as one of the most picturesque communes in the Charente-Maritime (aided by its winding old town of narrow streets) dates back to Roman times. It’s attraction for expats looking for property for sale in the Charente-Maritime is due to its raised setting overlooking the Charente river, in an area where predominantly the landscape in this area is rather flat. The Church of the town is most impressive, dominating the skyline and the town offers beautiful walks along the river from which the views of the town in the distance is utterly breath taking. If you then cross the Charente, you have easy access to Grenouillette Island which boasts a large leisure complex comprising of open air swimming pools, restaurants, camping facilities and sports facilities including tennis and fishing. Houses here will cost an average of 1,300 per m². The relative value for money against the wealth of opportunity makes Saint-Savinien a very attractive proposition for those looking at property for sale in the Charente-Maritime.

Originally famous for being the leading salt trading port town in France employing thousands of people, Brouage sadly lost trade to locally based competitors and started a period of decline. Fortunately the advent of tourism breathed new life into it following a renovation of the ramparts which now attract thousands of visitors to this beautiful place. The military citadel and ramparts certainly attract those who like history whilst the artisanal shops and salt marshes, provide both sustenance to visitors and habitation to thousands of birds – a nature lover’s paradise! Due to the nature of the attention it attracts, property here certainly retains its value and this town commands average house prices of 1,750 € per m².

Consisting of 78% forest, La Tremblade is truly a nature lover’s paradise. As well as this it offers kilometres of fabulous beaches and is a popular resort for surfing. “Must see”s include a  visit to the oyster port, and a trip to the lighthouse “La phare de la Coubre”. Because of the tourist opportunities and the popularity of it, house prices are relatively high here commanding an average of 2,400 € per m², making it only slightly less expensive than the two large cities in the department.

A child of parents who met whilst living and working in Greece, having had a family home in Crete for almost 25 years and having studied in Grenoble, France in her twenties, Beth has always felt more at home in those countries than the UK. A Service Delivery and Operations Manager in the UK, she realised quickly that she approaches problems and challenges in a very different way to most and created a successful Operations Consulting business in the UK. In November 2017 she made the decision to transfer both her life and business permanently to Charente, France. Since then she has managed minor renovations on her home, established herself as an integral part of her commune and re-established her operations consultancy in France. Through Kalitera she provides business improvement and project management services to small businesses here as well as administrative support to individuals.