Orlando homes raced ahead in 2019

Official figures just released show that property prices in Florida are shooting up. And the biggest rises are in those parts of the sunshine state most popular with British buyers. With home values in Orlando, Kissimmee, Tampa and Clearwater rising by as much as 10% last year, don’t risk missing out!

Of nearly 400 Metropolitan Statistical Areas (MSA) in the USA, Orlando-Kissimmee-Sanford came third with a 10% increase in home values through the course of 2019. In fifth place was Tampa-St. Petersburg-Clearwater, on Florida’s Gulf coast, with a rise of 8.4%.

If you’re assessing your options for paying for a home in Florida, read our free guide, How to Pay for an American Property.

The data came from the Federal Housing Finance Agency (FHFA), which regulates mortgages. The FHFA House Price Index records prices from sales transactions and compares them with sales of the same properties in the past. Because of the vast numbers of transactions recorded, it is generally regarded as timely and accurate. 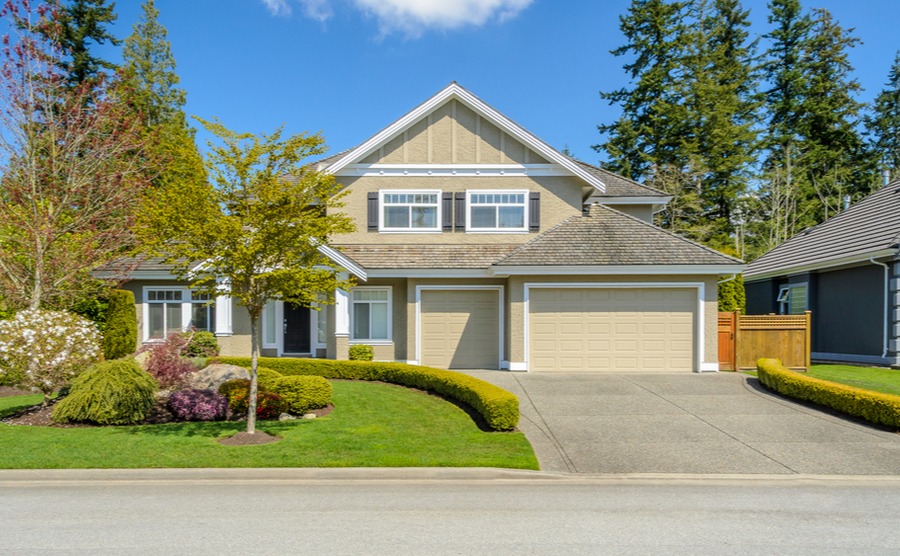 Sunny in the Florida suburbs

The east coast of Florida wasn’t far behind, with Jacksonville recording price rises of 6.3%. This was still ahead of the US average.

Few areas of Florida rose at less than the US average, although the Sarasota area rose by only 3.76% over the year. There was an impressive 1.65% increase in the last quarter however, suggesting that momentum is building. Prices in Miami, on the other hand, rose by just over 5% over the year but just 0.36% in Q4, indicating a slowdown.

In these uncertain days for the pound/dollar exchange rate, learn how to control the risk. Read The Property Buyers’ Guide to Currency.

Overall, property prices in the USA increased by 1.3% in the last quarter of 2019 from October to December (Q4). This translated into an overall increase over the year of 5.1%. 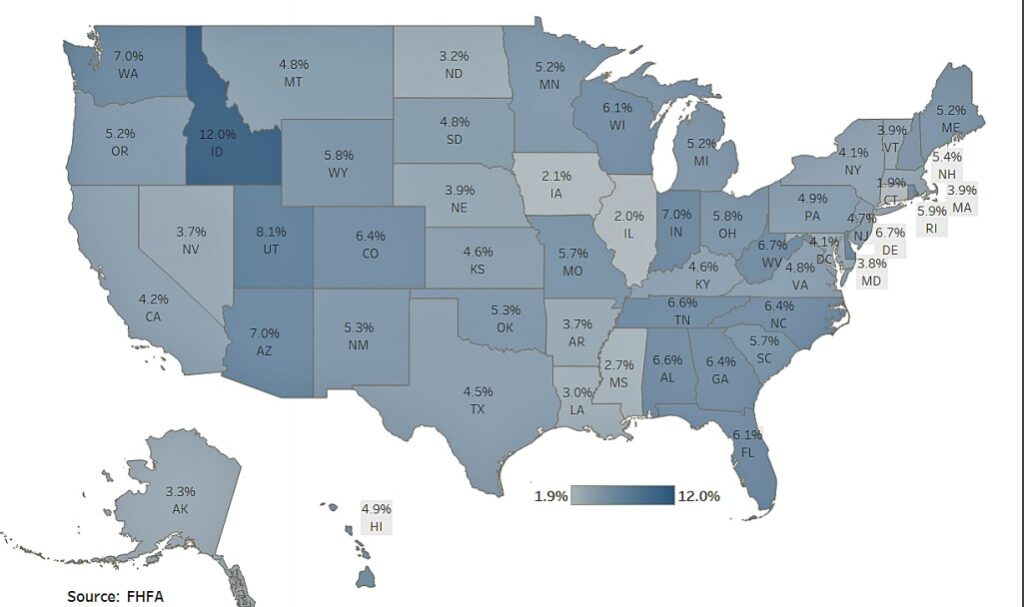 It is the 34th consecutive quarter of price increases, stretching back to September 2011. The rate of growth has been slowing a little, down from an average of over 6% over the past five years.

Looking at individual states, Florida was slightly above the national average, at 6.1%, with the whole of the south-east from Alabama to North Carolina around a the same level.

For the biggest returns you needed to head to the mountains, with Indiana, Utah, Arizona and Washington state recording the highest rises. Other areas where the British tend to buy did less well, with Texas prices rising by 4.5%, Californian by 4.2% and New York by 4.1%.