Did your New Year’s resolution list this year include learning a second language? If not and you’re planning to relocate overseas or already living in a new country, perhaps it should have. The good news is that it’s never too late to start!

The practical perks that come with speaking the local lingo when you live abroad are plentiful. Shopping, eating out, travelling on public transport and making new friends are just a few examples of things that are far easier and much more fun when you can speak the same language as the local population. Meanwhile dealing with a domestic emergency, calling a tradesman or sorting out a bill won’t send you into a blind panic. 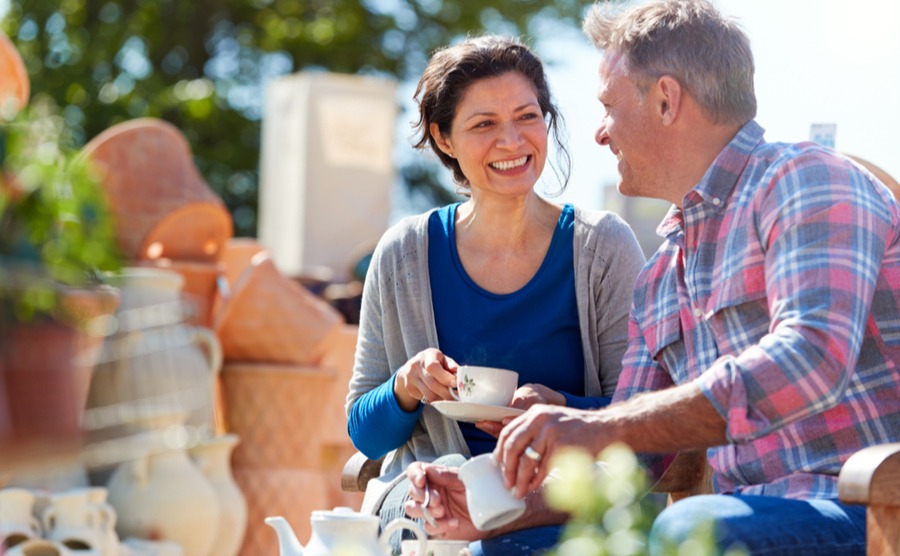 Keep your brain happy with a new language

But how many of us realise there are other more subtle advantages to being bilingual, including health-related ones? Sadly, the answer would appear to be not enough. The UK continues to lag significantly behind other European countries at language learning, especially young adults. Only 32 per cent of 16-to-30-year olds in the UK feel confident reading and writing in another language, compared to an average 89 per cent in the rest of the European Union, according to an insightful report published recently by the UK’s Higher Education Policy Institute (HEPI).

The HEPI paper included key ways that learning a second language can benefit people. They’re summarised below and will hopefully trigger more expats and foreign homeowners to sign up to classes or at least reach for the teach-yourself language CD…

Learning the language of the country you live in also teaches you about its culture and cultural attitudes, not only through the language itself but also the literature, media and communities. This all helps with integration into daily life.

Need to raise a little more money to buy abroad? Read how to do that safely with your free guide, How to Pay for an Overseas Property.

Speaking and appreciating a foreign language improves social cohesion. It reduces misconceptions and helps develop a less hostile and healthier attitude towards multi-ethnic integration. This is especially salient in an age when four-in-ten people believe multiculturalism has undermined British culture. It is also applicable to expats in popular overseas destinations, where communities often comprise a mix of nationalities, typically retirees.

Language learning tends to be motivated by a highly personal interest. Being able to converse with local people, watch foreign TV or read a newspaper can be very fulfilling, and, when you’re living overseas, is a vital in-road to your local community and culture.

Psychological studies have identified positive effects of language learning on cognitive flexibility and analytical thinking. Languages are associated with creativity, innovative problem-solving and self-discipline, skills transferable to other fields.

Languages are associated with creativity, innovative problem-solving and self-discipline, skills transferable to other fields.

As well as supporting wellbeing through communication opportunities, research suggests multilingualism can improve long-term health by physically modifying the brain’s structure, said HEPI. By increasing the brain’s cognitive reserve and exercising the memory, bilingualism has been found to slow the on-set of dementia in later life. Even short-term language learning at any age and without reaching fluency has cognitive benefits. In line with this, a recent study by the University of Reading showed that bilingual speakers may benefit from protection against cognitive decline in multiple sclerosis.

A 2014 study in which retirees took a week-long intensive language course noted ‘significant improvement’ in cognitive function compared to other active people their age. Since dementia affects one-in-six people over the age of 80, neuroscientists advocate school and university language learning with a view to later health.

Easier than you think!

Anyone worried that getting to grips with any new language is an endless task, one that takes decades, will welcome the news that some, including French and Spanish, are easier to learn than others.

The Foreign Service Institute (FSI) in the US has researched how long it takes an English speaker to learn different foreign languages, highlighting how some are easier to pick up than others. The findings show the approximate number of weeks, based on training diplomats full-time, required to reach speaking and reading proficiency. Languages in popular countries in southern Europe, including Spanish, Portuguese, French and Italian all fall into the category that requires the least amount of time, namely 23-24 weeks. Greek, Turkish and most Balkan languages, including Croatian, Albanian and Bulgarian, take nearly double, namely approximately 44 weeks, according to the FSI research.