Opportunities in the French property market in 2018

As we reach the mid-point of the year, it’s clear that the property market in France in 2018 is a buyer’s one. Property prices have remained stable; figures from statistics agency Insee show house prices increased just 1.5% so far this year.

So what does this mean for international house buyers in France – and where do the opportunities lie?

Understanding the property market in France in 2018

It is important to understand that the market here in France is vastly different from the UK.

The vast majority of properties are freehold. However, many apartments come under co-ownership, with a shared charge for upkeep and maintenance.

France’s stable market is a big plus for buyers.

Not only that, but properties in France can take longer to sell – French daily Le Figaro reports the average timescale to be 23 months. This is in comparison to as little as 11 months in Britain. 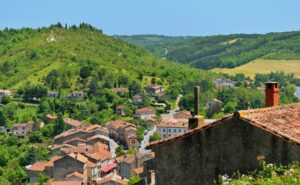 This makes a stable market a big plus for buyers. Firstly, it helps remove some of the uncertainty over changing prices during a long buying period. Secondly, it means you can take time to find your perfect property – without the rush to capitalise on an opportunity before it disappears.

Where, then, are the current hotspots to look at in the property market in France in 2018?

However, there are still plenty of bargains to be had across the country – especially in the Southwest. In Auvergne, the average house price is just €1,218 per m2. In Charente, it’s just €1,139 and in Limousin, just €1,093.

These areas, sometimes overlooked by British buyers, enjoy some of the highest quality of life in France. It’s no surprise with the proximity to the Mediterranean and the Pyrenees – and as much as 2,250 hours of sun a year.

Transport links to see friends and family back in the UK are continually improving. There are airports in Bordeaux, Perpignan and Nantes. A direct rail service between London and Bordeaux is also in the planning.

It may be surprising to note that sales to British home buyers have actually increased since the Brexit referendum of 2016. This could be down to British retirees and relocators keen to gain residency in France before Brexit. Just look at what you can potentially find for the price of a two-bedroom flat in the UK: a large renovated character house, sometimes even with some land.

Keeping on top of your dealings with your agent is key to finding a good deal for your dream property. Read our guide: How to Negotiate Abroad for advice and insider tips from an estate agent.

With the market remaining stable – and plenty of good-value deals to be had – now is a fantastic time to buy in France. Keep up with the latest market news by following France Property Guide.