Education in France: how does the system work?

For anyone moving to France with school-age children, researching education in France will be top of the list. It is one of the best in the world, with an emphasis on academia and discipline. A young child is likely to become bilingual in a very short time and is likely to have advanced skills for their age. It can sometimes be useful to employ a tutor to start with, although children are in general fearless language learners and should integrate fairly quickly.

Overview of education in France

France’s education system is chiefly a very traditional, centralised one, with an unquestionably strong emphasis on academic performance and rigour. State education in France is above all strictly of a secular characteristic. For that reason, the wearing of overt symbols of any religion is therefore forbidden by French law.

Full time schooling is compulsory in France for all children aged 6-16.

All things considered, standards are high and there is a noticeable degree of consistency in state schools across the country. As with many aspects of French public life, there is above all a great degree of centralisation. Students of the same age will generally be studying the same subjects with the same textbooks across France, whether they’re in Paris, rural Provence or even in the overseas collectivities in the Caribbean.

All pupils are taught for twenty-four hours a week, chiefly spread over four and a half days in nine half-day sessions. This will generally be on a Monday, Tuesday, Thursday and Friday, as well as a half day on either Wednesday morning or Saturday afternoon. The French education system is split into:

Students who do not pass a year in school may at this point be asked to redoubler, or re-do the year. This is to give them the chance to consolidate their learning. 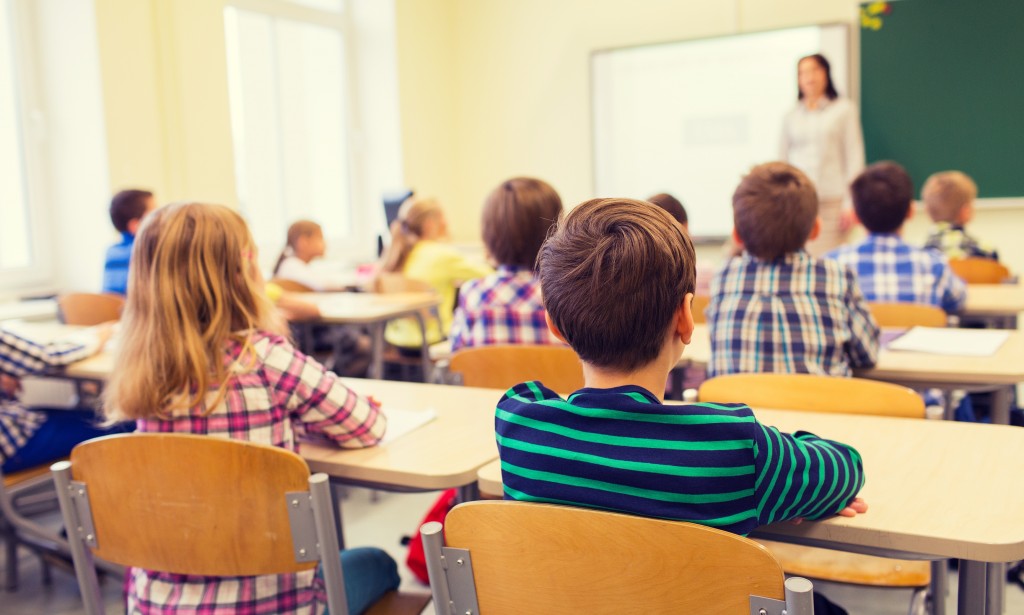 Education in France is renowned as one of the best in the world.

Students begin collège at the age of 11, and this lasts until they are 15. At the end, they receive the Diplôme national du brevet, often just known as brevet or brevet de collège. This is based on final exams and continuous marking across the final two years of collège.

It has a part to play in the next step – whether they progress to a lycée to study the baccalaureate or follow technical pathways instead. The conseil de classe, made up of the headteacher, teachers, school advisors, parent and student delegates and, if necessary, school medical staff, is highly influential. It makes the recommendation for the pathway a student will take. It bases its decision on the performance in the brevet, any further evidence and the wishes of the parent and child accordingly. The members are on your side and take their decisions in the best interests of any pupil.

At age 18, students sit the famous baccalauréat or ‘bac‘. This is the school leaving exam. If your child passes, they will have a free place at any of France’s universities. Conversely to the UK, there are no specific grade requirements.

Unlike with ‘A’-levels, there is no free choice of subjects. Students by and large follow one of three streams (‘S’, scientifique; ‘ES’ economique et sociale; ‘L’, littéraire). Each stream has a different emphasis, with different hours given to different subjects and different options for each one.

In line with the centralisation of education in France, all students take the same exams at the same time in one week in June. The exams can be as long as five hours, and consist chiefly of essay-based questions. Some subjects, like French literature, law and the visual arts additionally have an oral component in which students must defend their argument – excellent practice for university.

For students progressing onto university in France, there are no further grade requirements beyond passing the bac. They then have access to any university in France. The fees are significantly lower than in the UK, normally at just a few hundred euro a semester.

On the other hand, a second, uniquely French option are the grandes écoles. These are unquestionably competitive – often fiercely so. Their original function was to train civil servants, and many public functionaries still come from these schools.

Students follow a rigorous two years of study just to pass the entrance exam. The graduates of grandes écoles undeniably dominate the high echelons of business, politics and more in French life. Students count as public employees in many schools as soon as they start, and get a stipend from the government.

The bac also has an ‘international option’, where students study the usual subjects, plus literature, history and geography in their chosen second language (in general English). The University of Cambridge administers the English section. This is without a doubt a fantastic option for British students who are bilingual to gain a rigorous qualification in both languages.

For older children who might struggle with the language, particularly those moving to France in Sixth Form, or for children who will later be back in the UK, France has many international schools. Instead of following the system of education in France, they’ll normally sit either the International Baccalaureate (IB) or IGCSEs and ‘A’-Levels. They are mostly in areas with a large expat population, such as Paris, Bordeaux, Lyon and Toulouse.

In 2005, the French government introduced seven skills that underlie teaching across primary and secondary school. The expectation is for students to have a command of these skills at the end of their education in France. In theory, they should be able to use them in practice in their potential professional life. These skills are:

Teachers assess these competencies at regular intervals throughout the child’s education, until the end of secondary school. The French consider that this emphasis on exams and results will ensure that almost every child will end up with the opportunity to study for a trade, diploma or degree. Each school has a specialised group of career guidance instructors to help pupils, parents and teachers to solve problems and assess future goals.

In 2005, the French government introduced seven skills that underlie teaching across primary and secondary school

Despite the stricter learning environment, many schools addtionally offer a classe de découverte (discovery class), where the school class moves to an outside venue (such as the ski slopes or seaside). Schools don’t have, however, the same level of extra-curricular activities that children from the UK and other European countries might expect – particularly in the case of arts, drama, music and sports. There are many clubs and associations outside school, however. Consequently, it is generally up to the parents to assess which of these their child should chose to spend their time and money on. The local Syndicat d’Initiative (or Tourism Office) will have details of all local classes, groups and associations. In some areas, sports facilities are subsidised. 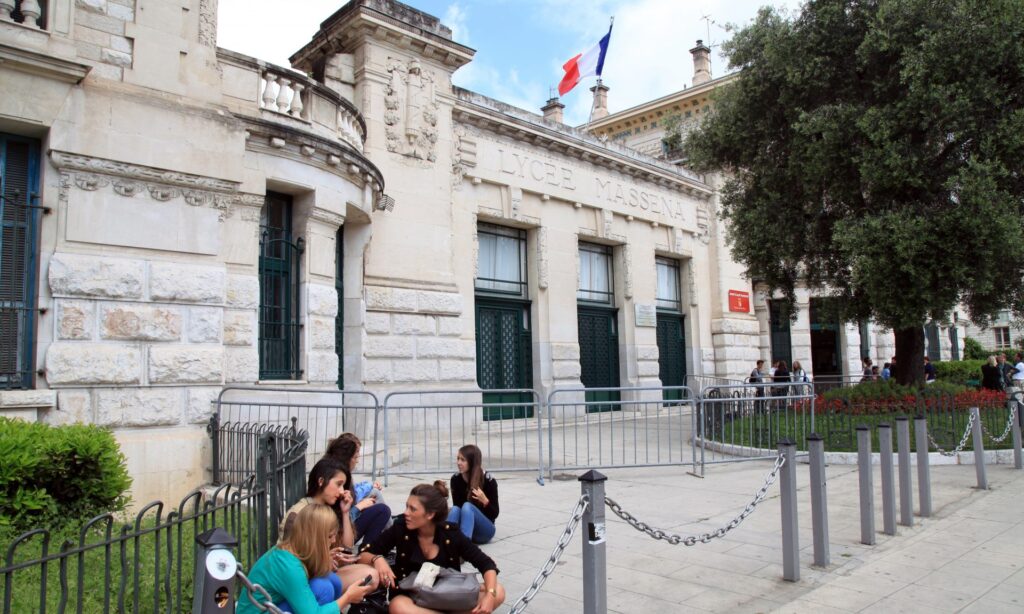 Private schools in France are more affordable than their UK counterparts and are very popular with expats.

Independent schools do exist in France. While they must also adhere to the national curriculum, they do have a more flexible approach to teaching. Likewise, they are more affordable than those in the UK, and consequently very popular with expats. They also have a better teacher to pupil ratio than state schools. Here the school day is shorter than in state schools – and another advantage may be that the schoolteachers do not strike as much as in the state system!

It must be remembered that any child undertaking their education in France will initially face the challenge of learning French. There are a number of additional learning support classes for non-French speaking students. You will often also meet other expats in your area who have been through the same challenges. Starting a child early in primary school in France will reap its rewards quickly. They will generally become fairly fluent within six months. You may well be the one asking for guidance from your child!

The younger the child, the more easily they will learn, generally speaking. However, don’t leave it all to the natural process – it’s most important to make sure they read and practise their French whenever possible to speed up the process.

Of course, you also don’t want your children to fall behind in English. Starting a playgroup with local British parents helps give them a chance to speak to someone other than you in English. Equally, keeping English books in the house and encouraging them to read is also a good idea. Thankfully, with the internet, they will find it significantly easier to keep being exposed to English than even 15 years ago.