If you plan on buying property in the USA, it’s absolutely essential to stay abreast of how the market is performing. To get the most bang for your buck, you’ll need to know when to act and how. Luckily, as we’ve been helping people to successfully buy property in the USA for more than 20 years, we’re on hand to walk you through the process. Here are some of the latest findings from the US property market press.

Let’s kick things off with some all-important facts and figures. A report by the National Association of Realtors (NAR) reveals property prices have risen in the first quarter of 2018. Prices have shot up because there just isn’t enough stock to match the demand. In fact, inventory levels in the USA are currently at an all-time low.

There are a number of things attracting people to the USA – the economy is strengthening, wages are increasing and improvements to the job market are becoming evident.

Why are prices rising?

Currently there are a number of things attracting people to the USA – the economy is strengthening, wages are increasing and improvements to the job market are becoming evident. As someone planning on buying property here, low supply and affordability are the factors most likely to affect you.

These increases were experienced across 91% of the metropolitan areas that are covered by the NAR. Of these areas, 30% saw double digit price increases. This is double the amount property prices increased by during the final quarter of 2017.

If you are ready to buy in the USA, you’ll have a few financial matters to sort out. For advice on getting the best currency deal download the Property Buyer’s Guide to Currency.

Lawrence Yun, NAR Chief Economist commented on the findings of the report: “Following the same trend over the last couple of years, a strengthening job market and income gains are not being met by meaningful sales gains because of unrelenting supply and affordability headwinds.

“Home buyers are increasingly struggling to find an affordable property to buy, and the prevalence of multiple bids is pushing prices further out of reach.”

As of the end of the first quarter of 2018, there are 1.67 million existing homes for sale. Yun stressed a need for developers to build a higher volume of family homes and condominiums to tackle the problem as quickly as possible.

Where are the priciest locations?

The NAR report also revealed that San Jose in California is currently the USA’s most expensive housing market. Here you’ll find a median price of as staggering $1,373,000 (1m). Given it’s the home of Silicon Valley, this news shouldn’t come as too much of a shock. 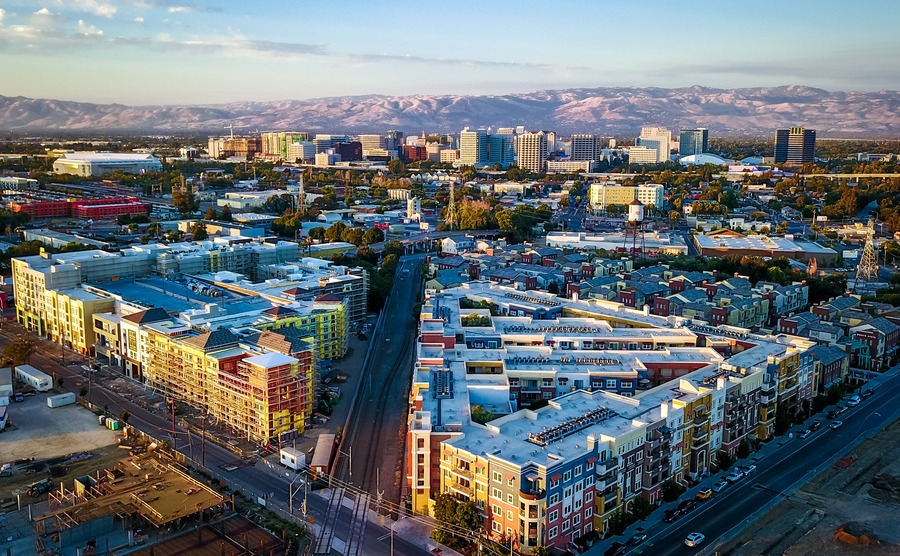 Down at the opposite end of the scale the cheapest metropolitan area number one spot was secured by Decatur, Illinois. Here you’ll find an average price of $73,000 (£54,300).

How about in the other regions?

While the report shows that most regions saw a decrease in sales in the first quarter of 2018, the South experienced a 3.7% increase in the number of properties sold. There is also a higher amount of housing stock in some locations, which may have contributed to this sales increase.

We know that many of our readers who hope to be buying property in the USA in the not too distant future wish to do so in California. While it does have some of the highest property prices, the market doesn’t appear to be too inundated with competition.

According to the California Association of Realtors, home sales in the state cooled during the month of April 2018.

President of the C.A.R., Steve White, commented: “After nearly three years of decline in active listings, we’re finally seeing an improvement in the availability of homes for sale, which is encouraging for prospective buyers as we enter the busy spring home-buying season”.

Millennials are worse off

White revealed that those worse hit by the inventory shortage in the State are first time and entry-level buyers. This can be attributed to a shortage in the volume of homes valued under $300,000 (£223,000) currently for sale. In fact, the C.A.R. report reveals that the percentage of properties that fall within this affordable bracket has decreased by 15% in California since this time last year.

Those of you with a significantly larger budget are likely to find plenty to choose from. The number of sales of properties in California valued at more than $1millon grew by double digits.

Checkout our regional guide to Southern California to establish what the area has to offer and what types of property you can secure for your money.

How is the market performing in Southern Cali?

The report also showed that after five straight months of decreased sales in the region, SoCal had experienced its first sales growth seen this year. San Bernardino County in particular proved popular. If you’re considering this highly popular region, we suggest checking out our regional guide to Southern California to establish what the area has to offer and what types of property you can secure for your money.

How much for a condo/ townhouse?

Interestingly, another effect of the low inventory means that property sells very quickly. The C.A.R report revealed that as of April 2018, a single-family home in California typically sells within 15 days. At the same time in 2017, the average sale time was 17 days.

The report also showed that active property listings across California finally rose by 1.9% in April. This follows close to three years of decreases in the number of property listings. Let’s hope this pattern continues as the year progresses.

During 2017, Orlando welcomed a record-breaking 72 million tourists. The vast majority are in town to enjoy Disney Land, Universal Studios, the beaches and water parks. 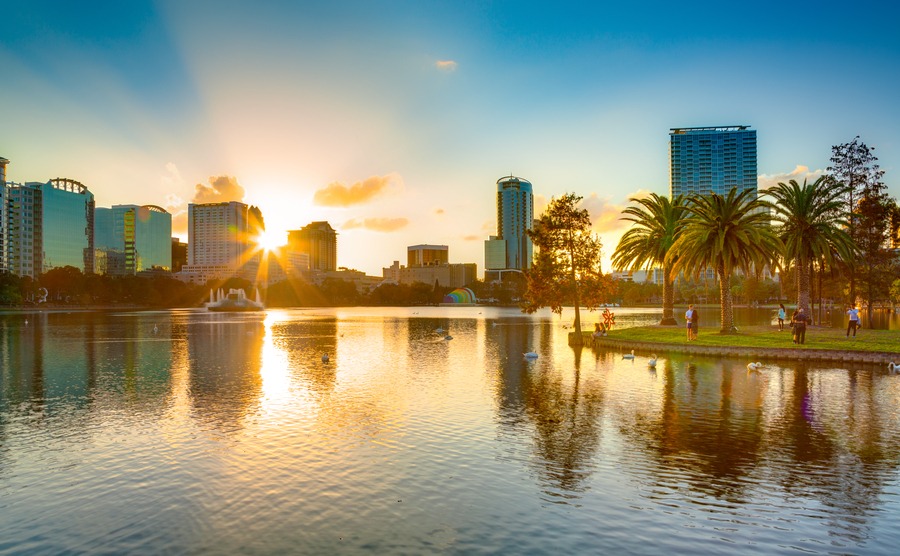 Investors being wise to this high volume of tourist traffic is nothing new. However, plans to expand Disney – with new Star Wars-themed attractions (and a hotel), Toy Story Land and Avatar’s World of Pandora – will increase the number of people visiting and in need of accommodation.

It’s not just Disney that’s set to expand. Orlando itself is in the process of being built up to welcome north-easterners tired of the cold, New York City residents tired of the taxes, and all the Brits that can’t get enough of the popular holiday spot.

Peggy Fucci, CEO of One World Properties in Central Florida, commented on the expansion of the city; “South Florida is getting maxed out and Central Florida is benefiting from that. The international investor has been the predominant investor in South Florida, and they are now looking at Orlando because the returns are good thanks to tourism.”

Fucci explained why Orlando holds such appeal: “It’s an interesting concept for them. Totally different from Miami. They are buying into developments for $400,000 that are run like Disney World resorts or close to it. If you’re a family of five, like me, you need two hotel rooms if you’re vacationing there. Now I can get one of these homes and have all the comfort I need and be near Disney, and I’m getting it for half the price and much less than a similar property in Miami.”