Make a success of moving to France with children

Are you thinking of moving to France with children? You won’t be the first – or the last – to be tempted to offer your family the rich experience of living in a country with a wonderful culture and history. Not only that, but they’ll become bilingual quickly and benefit from an excellent academic education.

What are the attractions of moving to France with children?

France is a superb country in which to raise a family. There’s a tremendous solidarity about people’s attitude to their community. Different generations mix well and children are taught to be respectful of everyone they encounter.

If you’re moving to France with children, they’ll likely get much more space and freedom to play in than in the UK. This is one of the big pluses of living in such a huge country. Property prices are still far less than in the UK, with an average of around €1,790 per m2 nationwide. Remove Paris from the equation and it’s even lower. 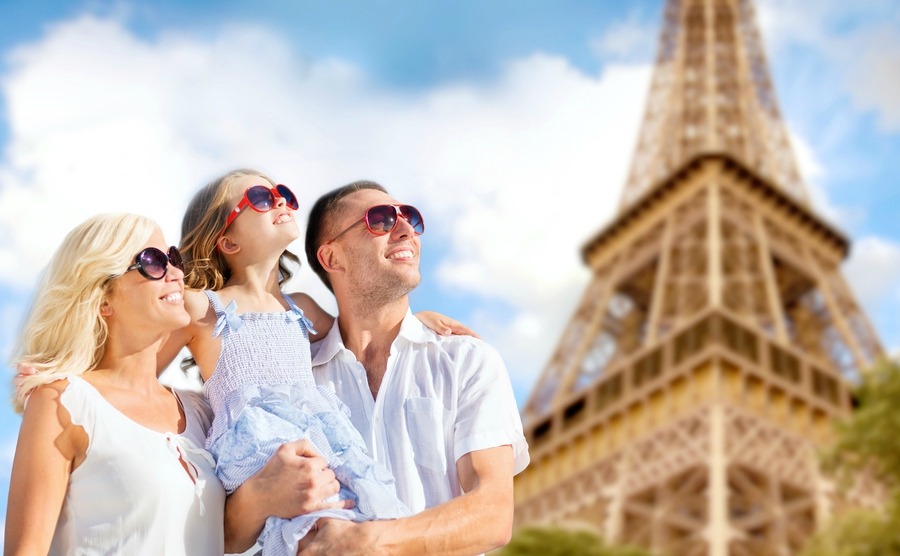 If you’re moving to France with children, you can rest assured that there’s a great quality of life awaiting you.

It’s often considered one of the best countries for families and the locals back this up! According to official statistics agency INSEE, the average French teenager is extremely satisfied with their relationship with their family and their friends, with their hobbies and with the ‘life they lead’.

How long do children take to adapt?

Obviously, this depends on the child, but generally the timescale is short. We have several friends who have moved to France with young children: all are bilingual and the general feeling amongst them is that although the first few weeks were tricky, as they gradually became familiar with their new surroundings, they adapted very quickly to their new life.

As friend’s six-year-old became bilingual after just two school terms. You would never have known she wasn’t French: she had no accent at all!

How difficult is it to learn the language?

Much easier than it is for us adults! Young children will lap up a new language with no problem. They are very quick learners and adapt and integrate very rapidly.

The younger a child is when they come to France, the more quickly they will learn the language. One friend, a single parent in fact, brought her three children to live in the heart of the Midi-Pyrenees at the ages of six, 11 and 13. They all prospered; the six-year-old became bilingual after just two school terms. You would never have known she wasn’t French: she had no accent at all!

She did employ a private tutor at the beginning to give them a bit of a head start. Taking a course in French as a family before you leave will also help. You may well find your children overtaking you rather quickly in this area of course, which can only be seen as a good thing as it will doubtless give them increased confidence and allow them to look forward to being rather important!

Success stories of growing up in France

I remember asking my friend what, aside from the obvious language benefits, were the other benefits she thought she’d given her children by moving to France. She said there were so many: a broader outlook on life, a tolerance of people generally and huge confidence to spread their wings.

Interesting, the older two have now graduated from university in France and are pursuing careers as a lawyer and doctor!

Sorting out schooling when moving to France with children

So, what about schools in France? How do they compare with schools in the UK and how easy is enrolment?

The French education system is among the best in the world. It’s largely based on academia and discipline, with an emphasis on the “3 R’s”. The vast majority of children are in the state system. 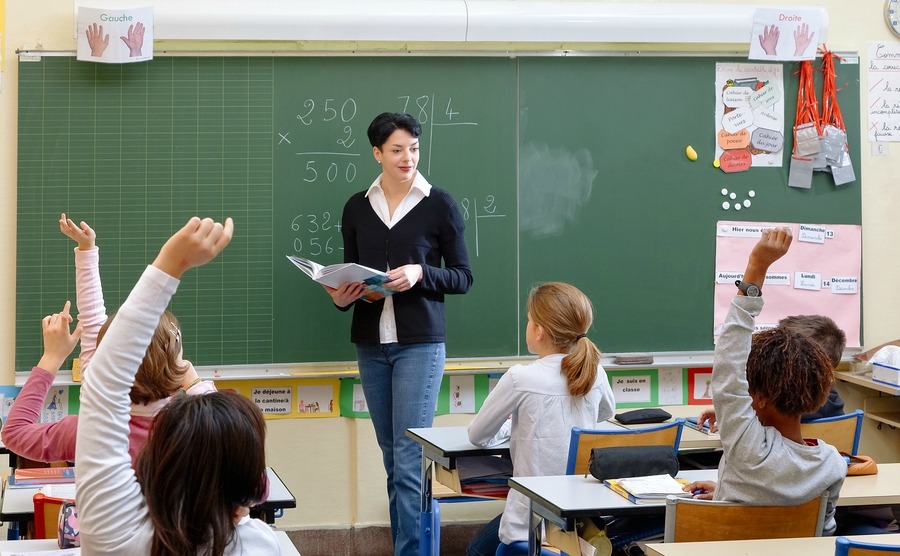 The French education system is world-class, if very academically focused.

Schooling starts at age six and continues until 18. There are nurseries for children as young as two. Primary school (école maternelle) runs from age six to 11. Then it’s secondary school (college) from 11 to 15 and sixth form (lycée) from 15 to 18.

Most schools have Wednesday afternoons free and some have Saturday morning school. The final exam is the baccalauréat, taken at the age of 18.

In general, the education your child will get in the state system will be rigorous and academic-focused. Extra-curricular activities are less common in schools; these are normally organised externally by youth groups or local sport teams. You can find out more in our guide to education.

If you’re moving temporarily to France, or you’d rather your child follows the British curriculum, you’ll find a wealth of options in France. Generally, they’re divided into ones that follow the UK system – including IGCSE and ‘A’-levels – and those that follow the International Baccalaureate.

Get yourself into negotiating mode when you’re dealing with agents with the insider tips from our guide, How to Negotiate Abroad.

Both systems have their advantages; ‘A’-levels offer greater choice for specialisation, while IB guarantees a broad education across the arts, humanities and sciences.

Another great advantage of an international school is that they give children the chance to meet children from different cultures and nationalities, thus giving them a really broad view of life. Classes are often smaller too and educational standards high. The qualifications they offer are also recognised by universities in many countries of the world.

Many expats moving to France with children are outside Paris, but that doesn’t mean you need to compromise on education. Here are some excellent international schools inside and outside of the capital:

Located near the lovely and very popular town of Aix-en-Provence, the IBS of Provence was established in 1984 and has a top reputation. It offers the French national curriculum and the International Baccalaureate and is open to children of all ages up to 18. It currently hosts children from more than 75 different countries.

The Bordeaux area’s seen a surge in British expats in recent years. The Bordeaux International School is the only bilingual international establishment in the Aquitaine region and has been in operation for 30 years. It prepares students for IGCSE and ‘A’-level exams.

The International School of Lyon also offers education to children of all ages and has a reputation for encouraging independent and critical thinking. It also offers a range of extracurricular activities such as field trips and diverse sports. Lyon is one of the most popular cities in France, renowned for its gastronomy. It teaches the International Baccalaureate programme.

The Bilingual International School of Paris was founded by parents from the Paris expat community. It teaches children from 2½ up to 11, following a completely bilingual syllabus.

How can you make moving to France with children easier?

Make sure your children understand that this is a positive move for you all; an adventure if you will. All children love an adventure! Emphasise all the advantages of moving to France: a new exciting life, probably a larger home with more space to run around in, new experiences and a whole new set of friends. Planning well in advance with several visits to your chosen area and schools is vital.

Moving as a family to live in France is far more common these days than it was even say 10 years ago. Our world has become smaller but our aspirations larger. Consider how much you will be giving to your children by offering them this chance.

Their lives will broaden and as they reach adulthood, the advantages of being bilingual will stand them in good stead when it comes to job hunting. Don’t forget also that once you have mastered one second language, it will be easier to learn a third – and so on! Why, you may even catch up with them one day or find yourself being taught by your own grandchildren if you have not quite mastered the language by that stage!