Why to move there and where to live in Seattle

Could you move to Seattle? With great jobs, glorious countryside and an outdoorsy lifestyle that unrivaled in the States, no wonder so many of the world’s go-getters are moving here. There’s no state income tax either! Read where and why you should consider moving to Seattle, in the US’s north-west.

Seattle is a beautiful city that offers plenty of perks for those looking to move to the USA. The city is located on the USA’s (more) liberal west coast, on the water. It’s just a couple of hours’ drive from both Vancouver and Portland. While boasting everything you need from a bustling city in terms of job opportunities, nightlife, events and culture, Seattle’s population is a thoroughly pleasant 725,000.

Or at least it is for now. This number is steadily creeping up, as people from across the United States (and the world) set their sights set on this beautiful corner of the US.

FIND your dream home in the US on our property portal. 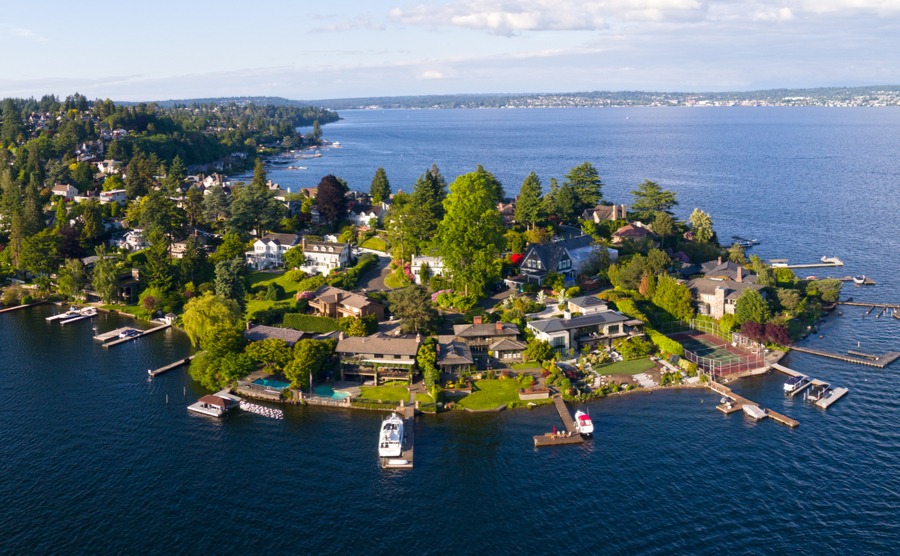 Could you move to Seattle and a home like these?

Firstly, if Bill Gates does something, let’s be honest, it’s probably a good idea. He moved Microsoft up to Seattle in the 1980’s and since then, tech giants have been diligently following suit. Amazon is now the city’s biggest employer, with around 40,000 employees across multiple sites. And these aren’t warehouse jobs: Amazon’s “campus” is set to rise to 14 million square feet in the near future. That is the equivalent of 10 of London’s Shards! Surely they can find a job for you there?

Facebook, Google and Uber are just a couple of the huge array of tech companies with headquarters in the city. If you’re looking for a slice of Silicon Valley, but don’t fancy California – this could be the city for you. The University of Washington is also a big employer, as is Boeing.

If you need extra finance for your US home, read up on all your financing options in our new guide, How to Pay for an America Property.

Secondly, Washington State doesn’t charge any income tax, which is handy, especially when you consider that wages in the Seattle are the fifth highest in the United States. The average annual salary in the city is $63,120 (£51,700), which is considerably more in London, where the average salary is currently £35,650.

Consumer prices and groceries are more expensive in Seattle than in London, mostly due to the state’s high sales tax, which is charged at 10.1% to offset the lack of state income tax. However, rent is cheaper, as is eating out at restaurants. That’s a real perk, given there are so many superb restaurants in the city. Read more about local taxes in the US here. 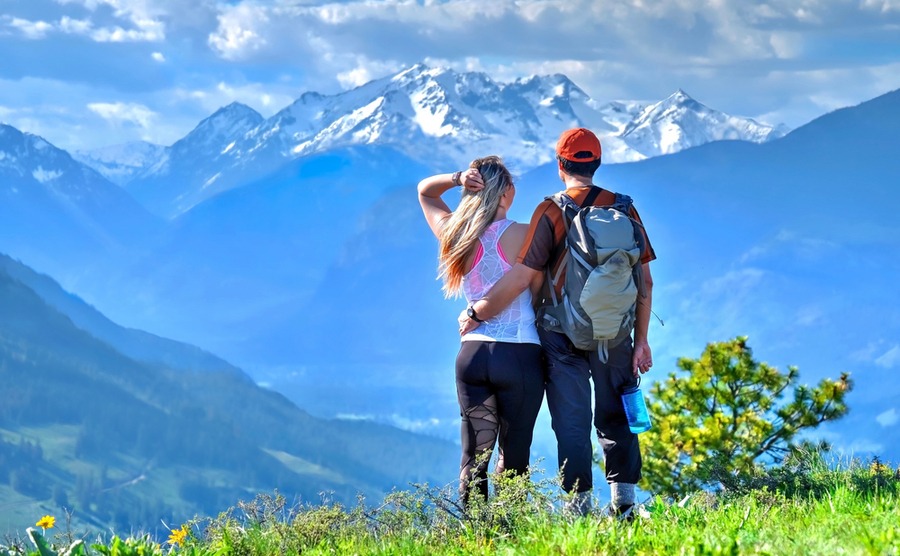 Your weekends in Seattle. Hiking in the Cascade Range

If you were to believe everything you hear, you’d think it rains every day in Seattle. True, Seattle recorded 158 days of rainfall in 2018, compared to London and Birmingham with 110 and 125 days respectively. However, Seattle’s ‘rain’ is really what Brits would term drizzle, rather than torrential downpours. And on the plus side the city enjoys a temperate climate so temperatures never really drop below freezing, with winter low temperatures around 7-9°C.

Summer offers some of the best weather in all of the United States. Summer temperatures are around 20-23° and when they creep up into the high 20s it’s time to hit the beach. Seattle has plenty! Alki in West Seattle is probably the best. Seattle receives 2,170 hours of sunshine per year, compared to Birmingham in the UK which gets just 1,364, and London, which gets 1,481.

According to Zillow the average home price in Seattle is currently, $714,100 (£584,900) and it’s a buyers’ market. Over the last year, the price of property has dropped by 4.3%, and looks set to do so again within the next year. For rental, the median rent in the city is $2,750 (£2,250) per month. Of course there’s rental potential too if you’re buying for investment. How about a property to rent out to the droves of responsible professionals moving to Seattle to work for Jeff Bezos and chums?

Seattle prices are high, but you can pick up some bargains right now. Read our guide, How to Negotiate Abroad, and get the best price on your Seattle home. 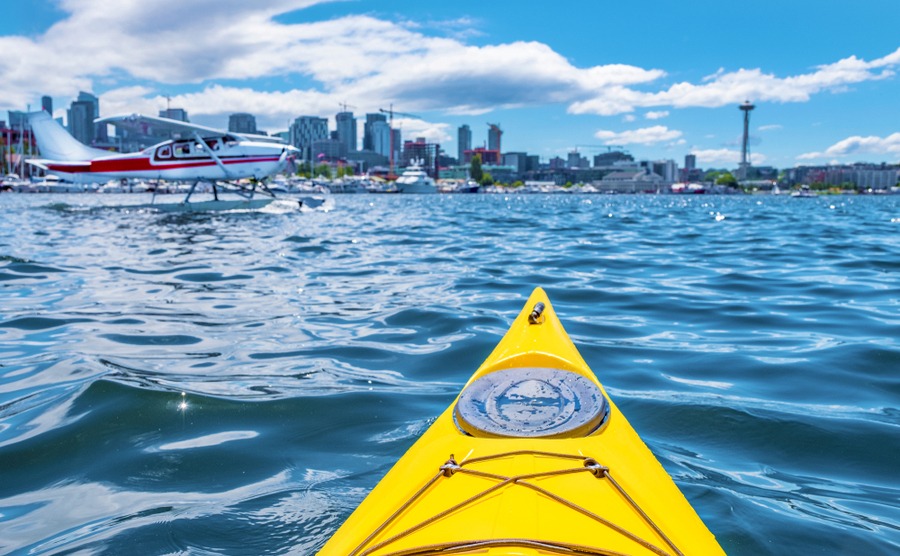 Out and about on Lake Union

Seattle is a super high-tech city. You can order practically anything to your doorstep in two hours and do your grocery shop without having to interact with a human. But this is also a city that loves the great outdoors.

Being on an archipelago means that no matter where you live when you move to Seattle, water will only be a short distance away. Most of these bodies of water are lined with bike and hiking trails. Much of the city’s action happens on the water – either around Lake Washington or Lake Union. Green Lake, north of Fremont and Wallingford is a great place to take a dip, or to take on the running track that loops the lake. If you like sailing, kayaking or stand-up paddle boarding, this city really is your playground.

The countryside surrounding the city is quite something and if you like sailing, kayaking or stand-up paddle boarding, Seattle really is your playground.

Plus, there are great parks everywhere you look – from the rugged 534-acres of Discovery Park to the leafy delights of Washington Park Arboretum. Additionally, the countryside surrounding the city is quite something. Mount Rainier National Park, with its towering strato-volcano can be seen from the city on a clear day, as can the Cascade and Olympic Mountains. You may be surrounded by skyscrapers in some parts of the city, but out of every window you’re gifted nice reminders that you are on the planet. 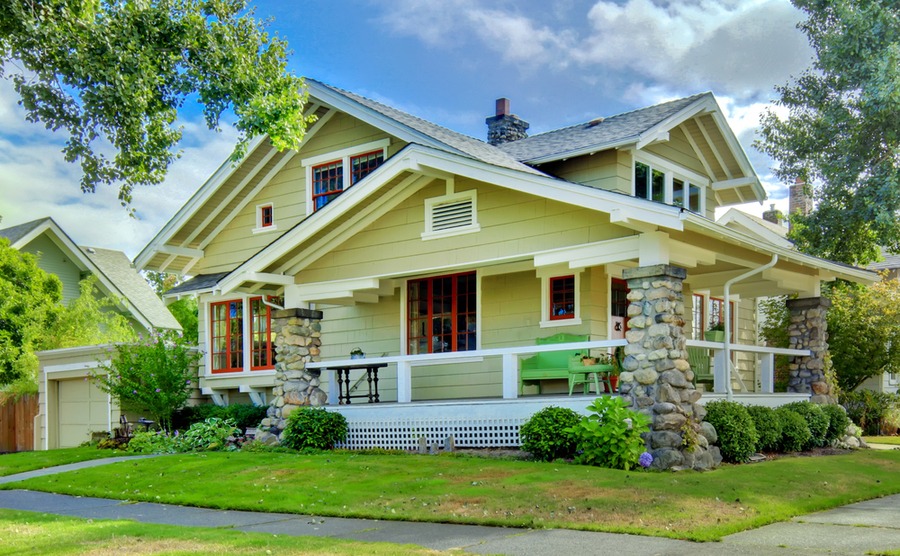 Where to move to in Seattle

Magnolia is a gorgeous, leafy suburb on a peninsula surrounded by the waters of Elliott and Shilshole Bays. While it’s only a short Uber or bus ride into Downtown Seattle (four miles away), this suburb feels worlds apart. Its relative isolation is just one of its charms. The suburb is family-friendly, has great schools and boasts a quaint high street lined with shops, cafes and the odd bar. Its crowning glories are Discovery Park and the Fisherman’s Terminal, home to some seriously great restaurants and local breweries.

Ready to go? Your free Emigration Guide will give you all the information you need about moving overseas.

Just across the Ballard Locks is one of Seattle’s most popular (and cool) neighbourhoods. Around the suburb’s centre, which is home to great shopping, markets and nightlife, you’ll find lots of condominiums. The further north you travel, the more single-family homes become the norm. Nestled in this suburbs streets you’ll enjoy community gardens and parks, beaches, and surprising pockets of bars and restaurants.

FIND your dream home in the US on our property portal.

This centrally-located neighbourhood is home to enormous Craftsman-style properties, complete with spacious porches and gardens. Most of the action happens around North 45th street, where you’ll find all the areas shops and eateries. Residents benefit from Green Lake to the north, and the Gas Works Park to the south, which looks over Lake Union and offers incredible views of the city’s skyline.