This week, we’re providing a USA property market update, looking at predictions for the start of the year and considering what kinds of property you’ll be able to buy for your money.

Despite predictions to the contrary, in 2017 we saw the US market grow steadily hotter and hotter. Although we saw a slight increase in construction in the last couple of months of the year, overall new build projects didn’t quite kick off at the rate predicted, which meant inventory remained low, and prices crept up. Mortgage rates remained the same, hovering around the 3.8-4% mark for most of the year, rather than rising as expected, and now with the effects of the new Tax Cuts and Jobs Act that President Trump signed into law just before Christmas still yet to be felt, it’s tricky to predict what might lay ahead in 2018. Today we’re providing news on how the market is performing currently, and offering some predictions for how it might move in the coming couple of months…

Prices of US property have risen steadily every month for 23 months.

Prices of US property have risen steadily every month for 23 months and the current median home value across the nation as of December 2017 (Zillow) sits at $206,300 (£147,000). Over the course of 2017, prices in the US rose by 6.5% and Zillow estimates that over the course of this year, we should expect to see the median house price continue to grow by 3%. 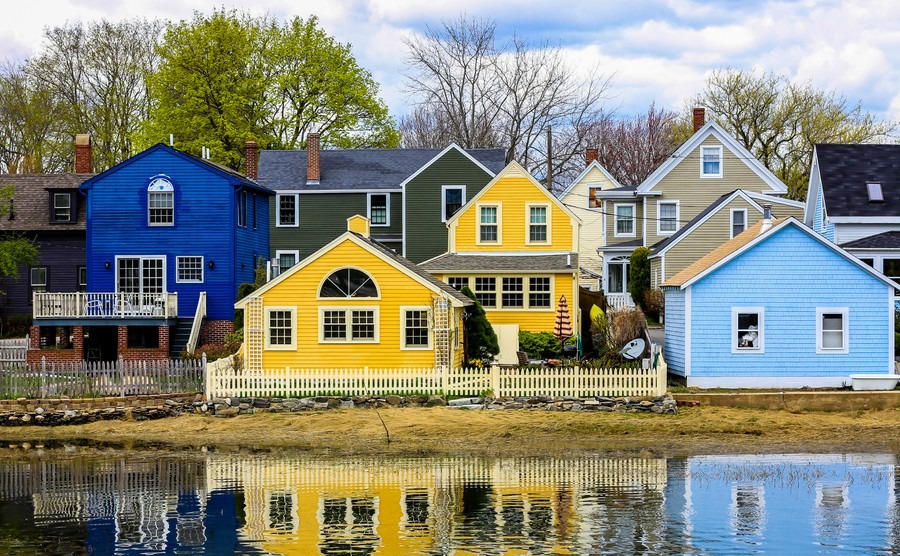 New Hampshire, “the best place to retire in the US”

The chart below outlines the median property listing price for areas across the USA that are particularly popular with expats. 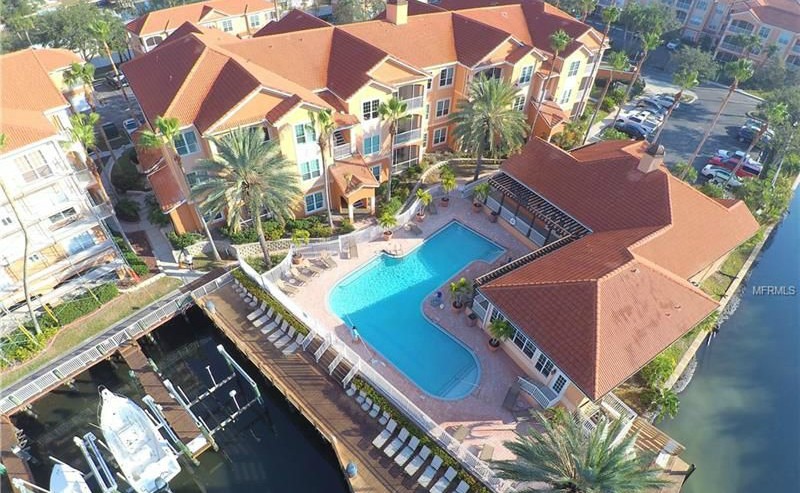 If you want to be close to the Orlando area, but are happy to be further afield than Orange or Seminole counties, it’s possible to secure a lot more space for your money. This six-bedroom house in Polk county, boasts four en-suites, two living rooms, and your own private pool. It’s also part of a larger complex, which ensures excellent security, and allows you to access a fitness centre, miniature golf, a Tiki bar and a children’s playground. The property is on the market for $295,000 (£210,150). 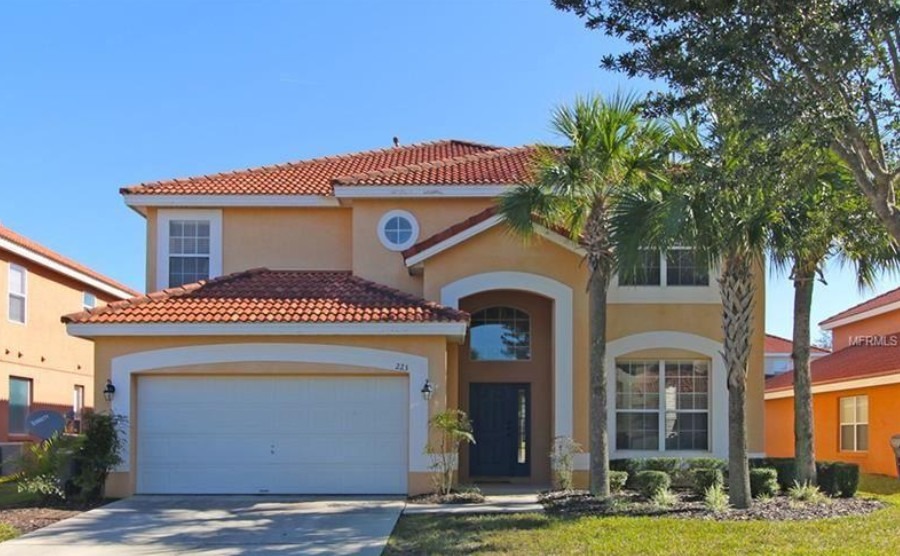 If Florida doesn’t appeal, but sunshine, accessibility and affordability come top of your list, here are some suggestions for alternative US locations that might win you over in 2018… 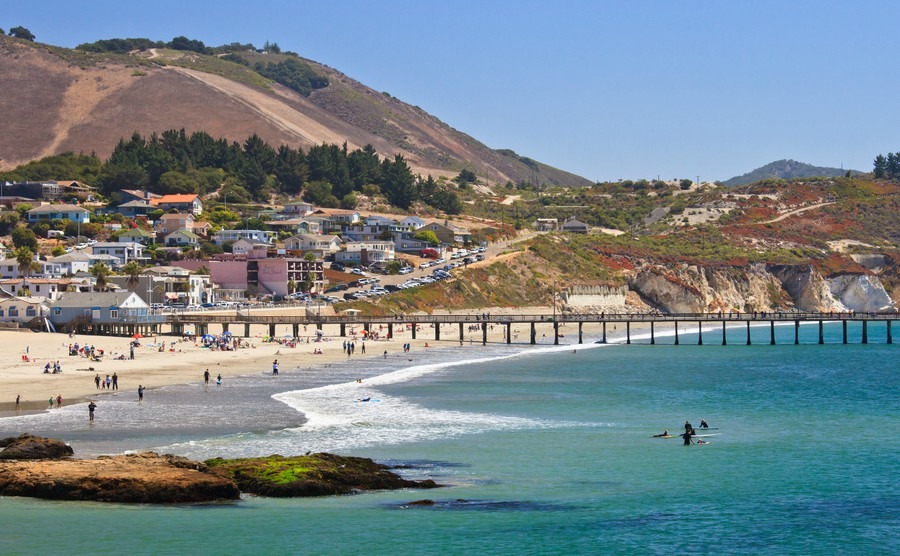 While California is notoriously pricey, there are a few lesser known spots that still boast all of the charms of the state, without the hefty price tag. San Luis Obispo on California’s Central Coast is located in between San Francisco and Los Angeles and has miles of sandy beaches, a vibrant art scene, vineyards and the food and wine scene that inevitably goes hand in hand with that. If you don’t mind living inland, you might like to check out Bakersfield to the north of LA, which enjoys a low cost of living and 272 days of sunshine per year. Another great inland spot, closer to San Francisco this time, is Modesto, where the average property price is $236,235 (£168,360), and temperatures are consistently pleasant.

Retirees can’t get enough of Augusta in Georgia due a lower cost of living than other warm weather spots further south.

Retirees can’t get enough of Augusta in Georgia due to its reliable sunshine and a far lower cost of living than other warm weather spots further south. The median home sales price in the town is $138,259 (£98,500) and you’ll only have to contend with 53 days a year of below freezing temperatures. Atlanta is another great choice and it’s easy to reach from any corner of the world due to it having the world’s largest airport. The average property price around here is $194,856 (£138,400).

If you’d prefer to be located on the East Coast to allow you to fly back to the UK in the shortest amount of time, New England is an excellent (and beautiful) choice. Plus, according to a survey by Bankrate.com last year, New Hampshire is the best place to retire in all of the USA, followed by Colorado, Maine, Iowa and Minnesota. Despite New England’sharsh winters, the region offers up a lot of desirable qualities, particularly to retirees. When considering factors like cost of living, healthcare, crime rates, culture, weather, tax rates, and senior citizens wellbeing, New Hampshire and Maine performed well. Summers in New England more than make up for the icy winters, ‘Fall’ is spectacular, and there’s so much fresh seafood you’ll always eat like a king.

For many Brits, the dream is to live in New York City. While the city itself is an expensive option, New York State offers lots of safe, affordable alternatives that allow you to visit the city every time you’re hankering after a bit of excitement. While, Buffalo is a long way from New York (five hours by car), it’s safe, affordable and Niagara Falls is on your doorstep. The median house price is just $67,800 (£48,150), and the city enjoys great architecture, historical landmarks, popular sports teams and fresh water beaches along the banks of Lake Erie. If you’d prefer to be close to the Big Apple, upmarket but still relatively affordable spots include Pelham Manor and Great Neck Gardens, where the median house prices are $821,000 (£582,000) and $800,000 (£567,000) respectively. While winters can be cold in this corner of the country, you won’t run out of stuff to do and beautiful scenery to explore.

Property market predictions for the year ahead…

Trump’s tax bill included a number of provisions that are likely to directly impact housing, including changes to property tax deductions and mortgage interest deductions. The bill will also inevitably affect how much money people have to spend on property. While determined buyers certainly won’t be put off forever, in the first few months of 2018 it’s likely that both buyers and sellers will bide their time to see how the new bill impacts their finances before making any moves to buy or sell.

The Tax Bill is expected to make locations with both high tax and high property prices, including New York, New Jersey, California, and Connecticut, even more expensive to live in. In turn, this is likely to force people in these areas to rent, rather than buy.

Construction is on the up and it appears builders are moving away from building apartments to houses.

The problem with building property is that it takes a lot of time! US housing stock declined by 10.5% in the year up until November 2017, leaving just over 650,000 properties on the market across the entire United States. Experts have predicted that this situation will improve in 2018. Construction is on the up and it appears builders are moving away from building apartments (which tend to be more popular with renters), to houses (which is what potential buyers are on the hunt for). The outlook of the US population is optimistic. Property search engine, Trulia, found that 31% of Americans believe 2018 will be a better year to sell property than 2017. Hopefully this promising sentiment will mean more folk decide to sell this year!

Experts are predicting that mortgage rates in 2018 will sneak up slightly, but only minimally. Greg McBride, Chief Financial Analyst at Bankrate.com predicts that we should expect to see the rates fluctuating, with rates ‘dipping below 4% at least once, spiking above 4.5%, and closing the year (2018) around 4.5%. While this rate is higher than in 2017, it’s still worth noting that it remains historically low.