America loves shopping and knows where to find a bargain. It invented the modern retail experience, from supermarkets to Amazon deliveries to fast food emporia. America killed off a few consumer goods along the way too, with smartphones and online services replacing much of what we used to cram into our shopping bags. So, with all that innovation, is it cheaper than other places? The all-new USA cost of living index investigates a range of prices, including our new ways of spending.

Overall, our survey found prices in the US around 12% less than in the UK.

For the sake of this survey we used the sales tax rates for Florida. Do check the specific sales tax in the state where you plan to live. The UK prices were from Tesco supermarket. The exchange rate was the average for the GBP/USD for 2019 at the interbank rate, of US$1.27 to £1.

Prices are only half the story, especially if you’re earning money from the UK. Read how to prevent currency volatility wrecking your budget when you move to the USA, in The Currency Guide to Emigration, free to download. 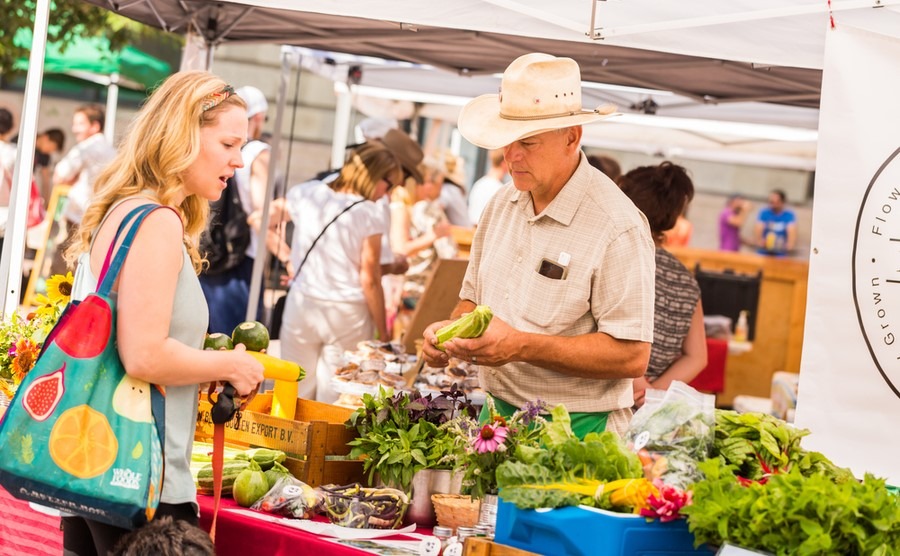 America invented the modern retail experience and for many of us, though we might not admit it, it’s part of the excitement of moving there. Big chain supermarkets operating across the USA include some that you’ll be familiar with; Aldi, Costco, Whole Foods and Kmart can be found in every State. Walmart is the USA’s biggest national supermarket chain, with over 4,000 stores.

In general, groceries are not taxable in Florida. But the state is rather specific as to what falls under this category of food items. Some items you might consider to be groceries are, in fact, not considered groceries by the state of Florida!  Anything classified as a “snack” such as candy, sodas and certain carbonated beverages, or hot and cold prepared foods from the deli, are taxed. Even unassuming products such as ice and ice cream packaged in a container that is a pint in size or less are subject to tax. For example, being under a pint, a tub of Haagen Dazs ice cream is taxed.

With long distances to drive and the car being somewhat eulogised in American folklore, it’s hardly surprising that driving in the USA is cheaper. For electric vehicles, you pay a $225 initial registration fee, then $36.10 per year. For the train fare, we chose Miami Airport to Boca Raton.

You won’t have to haggle over prices in the US, except when it comes to buying your home! Read our guide, How to Negotiate Abroad, for insider tips and tricks on getting the best price.