How does America celebrate New Year?

If 2017 goes to plan, this time next year you could have just celebrated New Year in the US of A. So what can you expect from the evening celebrations in 360 nights’ time?

Happy New Year – we hope you had a wonderful festive period! Although by now you’re almost a week into your New Year’s Resolutions, if you spent New Year’s Eve raising a glass (or three!) to making 2017 the year that you finally buy property in the USA, you might like to know how different your celebrations will be when you’re residing near the beach in Florida, or surrounded by vineyards in California.

It’s traditional in the USA to kiss people at midnight – so be warned, you may get some kisses you didn’t quite bargain for!

New Year in the USA is a big party night – so you won’t be short of people to toast or bid “Happy New Year” to. Many get together at each other’s houses to drink and be merry, often with Dick Clark’s Times Square Ball Drop, a US institution, on the TV in the background to ensure everyone knows when the clock strikes midnight. This celebration involves a huge ball located at One Times Square being lowered, starting at 11:59, sparking a sixty-second countdown to the New Year. Wherever you are, you should be able to find a party to attend, or a fireworks display to enjoy. Parades, clocks striking midnight, fireworks, street decorations, and themed parties in bars, nightclubs, and restaurants are all just as widespread as they are here in the UK. It’s traditional in the USA to kiss people at midnight – so be warned, you may get some kisses you didn’t quite bargain for! 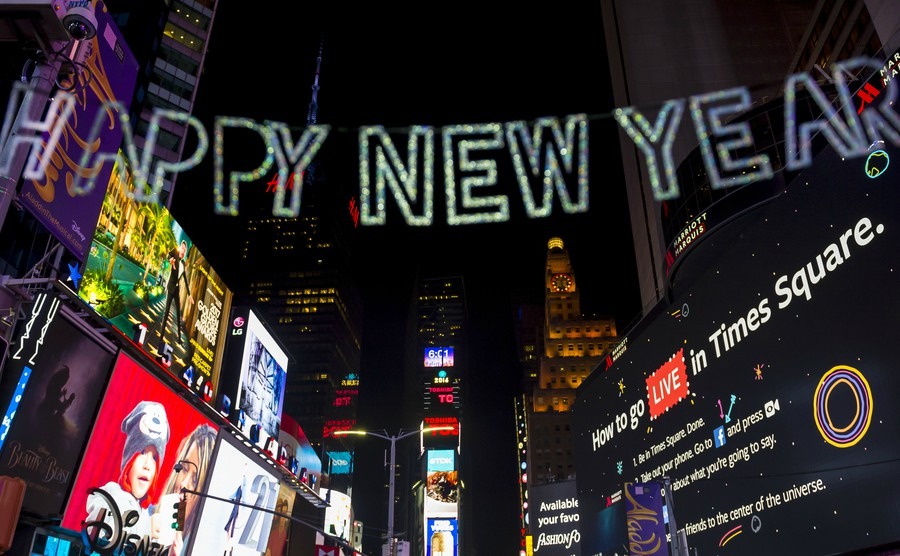 If you find yourself in New York City, Times Square is the place to be (lazyllama / Shutterstock.com)

If you’re celebrating the end of the year with more traditional Americans, you might find the kitchen table laden with some ‘lucky’ foods – which actually don’t sound all that lucky if you ask me! Favourites include pork, to represent progress and prosperity, cabbage and beans, to represent money, and circular foods, including bagels, donuts, cakes and biscuits, which represent coming full circle, and often come with trinkets or money baked inside. If you want to combine them all, whip up a batch of Hoppin’ John, a traditional New Year’s dish popular in the American South, consisting of black eyed peas, cabbage, ham, sweet potatoes and cornbread. 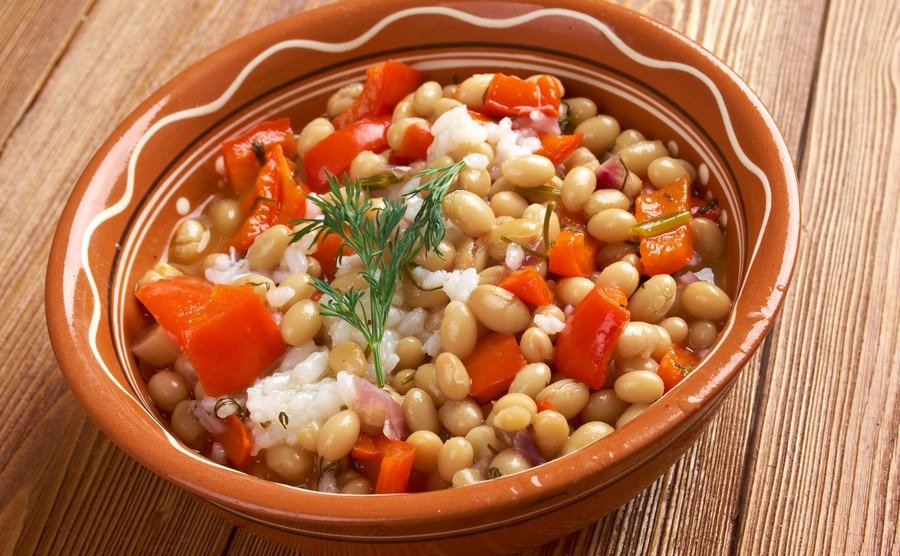 If you’re spending New Year in the American South, be sure to order a bowl of Hoppin’ John on New Year’s Day – a simple black eyed pea stew, served with ham and cornbread.

One symbol you might spot dotted around that could cause an eyebrow raise is that of Baby New Year. This chap is typically a white male baby dressed in a nappy, hat and a sash. Legend has it that Baby New Year matures into a man in just one year, which means that by the end of each year, he’s grown old and in turn, he hands his role over to the next Baby New Year.

It’s common for people to gather together to eat, to reflect on the previous year, and to look ahead at what’s to come – we’re sure that’ll involve some interesting conversations this year!

As everything is closed on New Year’s Day, and public transport doesn’t run as frequently as usual, many Americans will choose to drop in on loved ones. It’s common for people to gather together to eat, to reflect on the previous year, and to look ahead at what’s to come – we’re sure that’ll involve some interesting conversations this year! As we do here in the UK, Americans are also big on resolutions. New Year’s is seen as a chance to wipe that slate clean and to start again.

As well as getting together to eat and drink, many gather to watch sports – in particular, American football. In the US, 1st January is the date of many post-season college football games. As well as the match, there are often parades and other festivities to celebrate the games. Ice hockey is another popular choice to watch live or on TV.

Where to celebrate on 31st December 2017

If crowds and the cold don’t faze you, you could opt to enjoy your New Year’s Eve in Times Square. As well as being present for the infamous ball drop, there are fireworks displays and lots of live entertainment to enjoy.

Should you want to be in the heart of the action, and enjoy the chance for a New Year’s Eve flutter, consider visiting Las Vegas. As well as spectacular New Year’s live concerts and entertainment, there are incredible restaurants and bars. And outside on The Strip the street is completely shut down, turning it into one big street party. Come Midnight, the casinos club together to put on a fireworks display like you’ve never seen before. In fact, many people think it’s the most spectacular in the world. 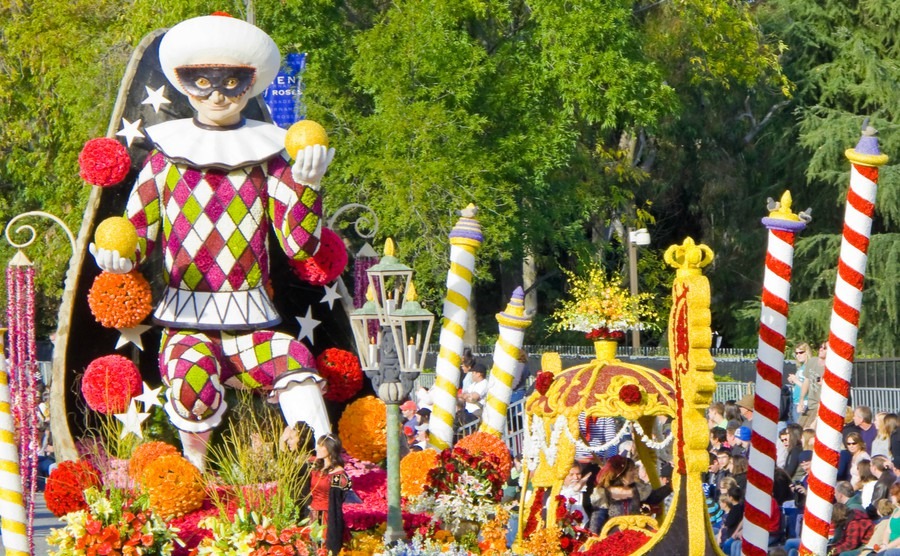 America just loves a New Year’s parade, and the Rose Parade in California is the most watched. (Marie Appert / Shutterstock.com)

Perhaps you might prefer to keep things a little more low key, and if so, the Rose Parade, which takes place on 2nd January, could be more up your street. To celebrate being the home of the Rose Bowl Football Game, the city puts on a wonderful parade of flowers, music and, of course, sports. If you can’t make it, you’ll be able to watch it live on TV across the country.

If all this talk of New Year in the USA makes you want to get the ball rolling on your USA purchase, contact our Resource Centre today on 020 7898 0549 to talk through your first steps.