Home prices steady but key states and cities forge ahead

The American property market recorded a steady rise across the country in 2016, but which states saw 10% plus property price increases?

Property prices in the US rose by 1.5% in the final three months (Q4) of 2016, according to the Federal Housing Finance Agency. This continued the pattern of the previous nine months, amounting to a rise of 6.2% in the year.

The states that saw the biggest increases were Oregon, with 11%, Colorado 10.6%, Florida 10.4% and Washington state 10.2%. There was a bit of a drop to the fifth highest price rises, Nevada with 8.9%. The success of the north-western states (with the notable exception of Wyoming, one of only four states where prices fell) reflects the combination of the Pacific North-West’s economic success and friendly, small town ambience. 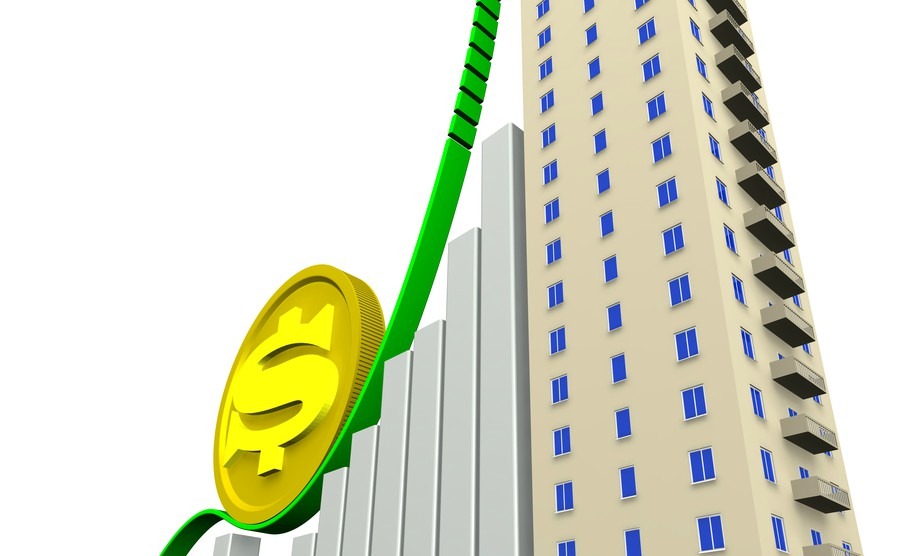 Trump tower? US property price rises accelerated in the final months of 2016

At a more detailed level, of all the metropolitan (city) areas in the USA, the Tampa-St. Petersburg-Clearwater area of western Florida saw the biggest price increase, at over 13%. Florida had several metro areas that performed well in price terms, especially Jacksonville, where prices rose by 12% last year, the Sarasota-Bradenton area (11.4%) and Miami Beach (10.8%).

The FHFA House Price Index extrapolates price data from mortgages that are guaranteed by the Federal National Mortgage Association. The surprise was that these price rises were at a time when new mortgage contracts across the United States showed a marked increase in rates. The effective interest rate across all mortgage loans, adding in all additional fees and charges, rose from 3.99% in December, to 4.30% in January – a hefty increase. The average loan amount for January was $305,400, which is a drop of $13,700 on December. 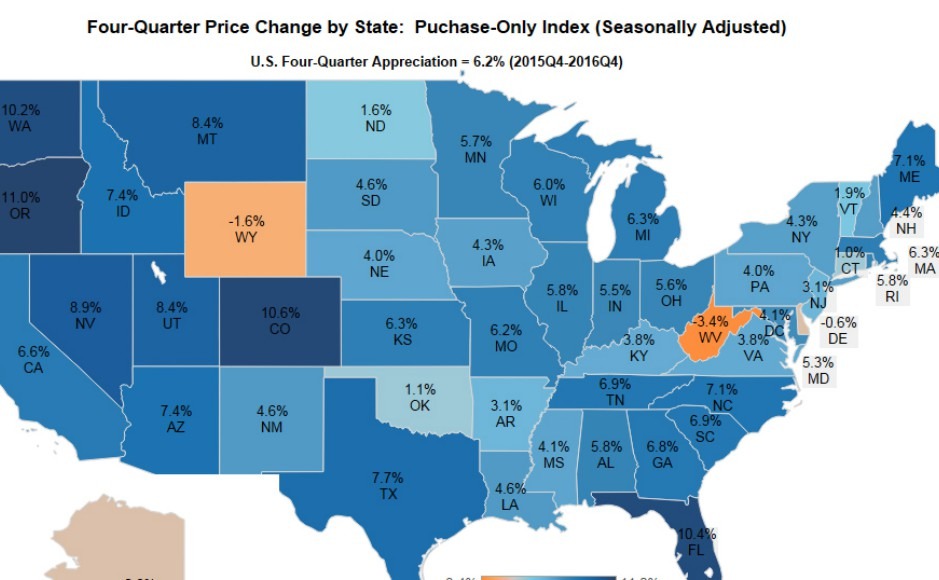 Property price rises and falls by state in 2016

FHFA Deputy Chief Economist, Andrew Leventis commented: “Although interest rates rose sharply during the fourth quarter, our data shows no signs of a home price slowdown. Although it will certainly take more time for the full effects of the elevated interest rates to be felt, there is no evidence of a normalisation in the unusually low inventories of homes available for sale, which has been the primary force behind the extraordinary price gains.”