Find your own slice of tropical paradise in the Florida Keys

The tropical Florida Keys, stretching for 100 miles from Key Largo to Key West, offer residents a distinctly Caribbean vibe, complete with coconut groves, warm waters and a slower, laid-back pace of life. Today, we’re taking a closer look at the region, offering insight on its different areas, property market and what you can get for your money.

If you’re looking to spend your retirement or your holidays in a tropical paradise, the Florida Keys should be calling your name. Nestled on the shores of Florida Bay and the Atlantic Ocean, the Keys offer island living, with all the creature comforts of being in the USA. Time spent here is most often spent at the beach or on the water – swimming, fishing and scuba diving – particularly around Key Largo on the Upper keys, which is home to the John Pennekamp Coral Reef State Park – North America’s only living barrier reef. If you have a boat, which most people do around these parts, popping up to the Everglades National Park is a standard afternoon activity, followed by a feast of beers and freshly-caught fish as the sun goes down.

Read up on all your financing options to buy a home in Florida in our new guide, How to Pay for an America Property.

The Keys offer a small-town vibe, so you’ll soon get to know your neighbours, but if the big city calls, you can be in Miami in three hours from Key West, or just over an hour from Key Largo. As there are so many towns and villages spread out across the archipelago, there is something to suit all different tastes. The population is just over 13,000 people, most of which are US born, but the number of foreign residents, and part time visitors is on the rise. As a general rule, Florida Keys’ communities are super laid-back, open-minded and accepting of alternative lifestyles, more so than in some corners of Florida. 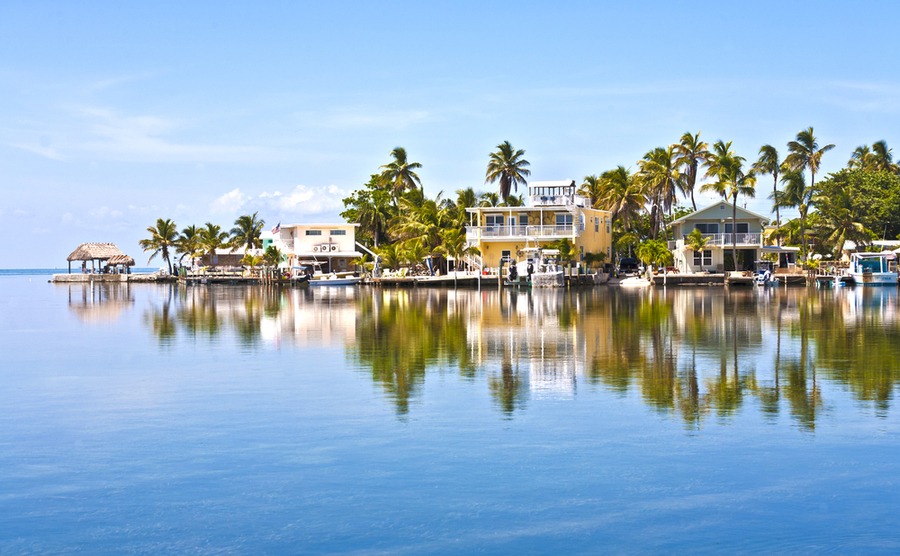 Unemployment in this region is particularly low, with only a two percent unemployment rate – lower than the US average of 3.6 percent. Most employment opportunities are located around Key West, the largest settlement in the Keys, and tend to be in hospitality, healthcare, retail and construction. Tax-wise, Florida charges zero income tax, and the state sales tax is currently six percent, plus the 1.5 percent that is charged by Monroe County. The Florida Keys are connected by only one big highway – the Overseas Highway – and the region’s relative isolation means that everything costs a little more due to the cost of carting goods down. In reality, this works out at around 10 percent more for fuel, and food and drink in bars and restaurants. This pushes the cost of living in the Florida Keys to well above the US average, meaning prices are more what you’d expect to encounter in major US cities like New York.

FIND properties in Florida on our USA property portal.

The Florida Keys have a tropical climate, with an average annual temperature of 77.8°F (25°C). Temperatures rarely fall below 64°F (17°C). The hottest months are June to September, when the average temperature reaches an average of 88°F (31°C). These hot summer temperatures coincide with the rainy season, which typically runs from August to September, but can start as early as June and run until October. It’s important to note that the islands’ location means they are vulnerable to tropical storms and hurricanes, and as nowhere on the Keys is more than 20 feet above sea level, flooding is common. When big storms hit, the Florida Keys are often evacuated.

How is the property market performing? 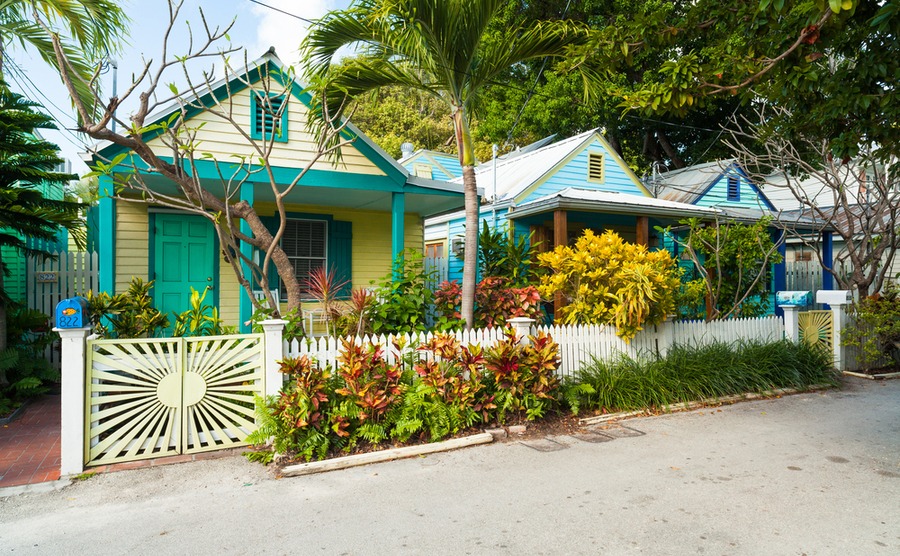 The Keys have a booming property market.

According to Zillow, the median value of property in Key West is currently $692,617. Similarly, the median value of property in Key Largo is $626,990. This is considerably higher than the Florida state median of $246,107, but I think you’ll agree the backdrop is decidedly more spectacular! If you plan to rent in the Florida Keys while you decide whether buying is right for you, expect to pay around $1,400 per month for a one-bed in the Upper Keys, or for something larger, up to £3,000.

Download your free Emigration Guide to find out everything you need to know about the process of moving overseas.

The best locations in the Florida Keys

The Florida Keys are divided into three sections – Upper, Middle and Lower. Here is a rundown of the most popular locations in all three, and their potential for return-on-investment. 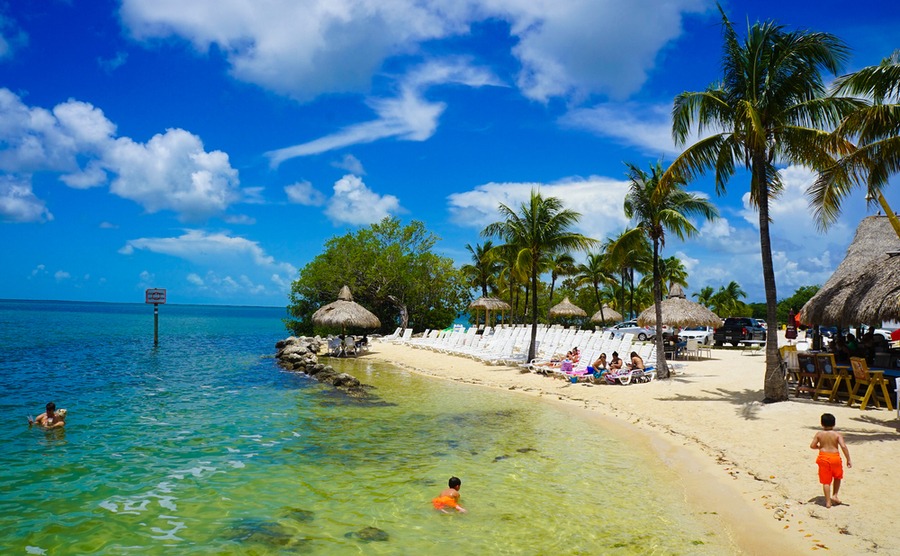 Its proximity to the mainland makes Key Largo a popular choice with people getting out of the town at weekends, as well as overseas buyers and investors. According to Mashvisor, Key Largo has an Airbnb occupancy rate of 56 percent, and they rate the area 71 percent on their ‘Mashmeter’, which highlights the most attractive rental investment prospects in the country. Visitors to this popular spot enjoy the perfect combination of action and relaxation, with many opportunities to soak up the sun with a cocktail (or locally-brewed craft ale) in hand, or to work up a sweat with a hike to a camping spot, or a paddleboard adventure around the mangroves. Undoubtedly, the most popular activity in Key Largo is the scuba diving – the reefs are some of the most beautiful in the world. 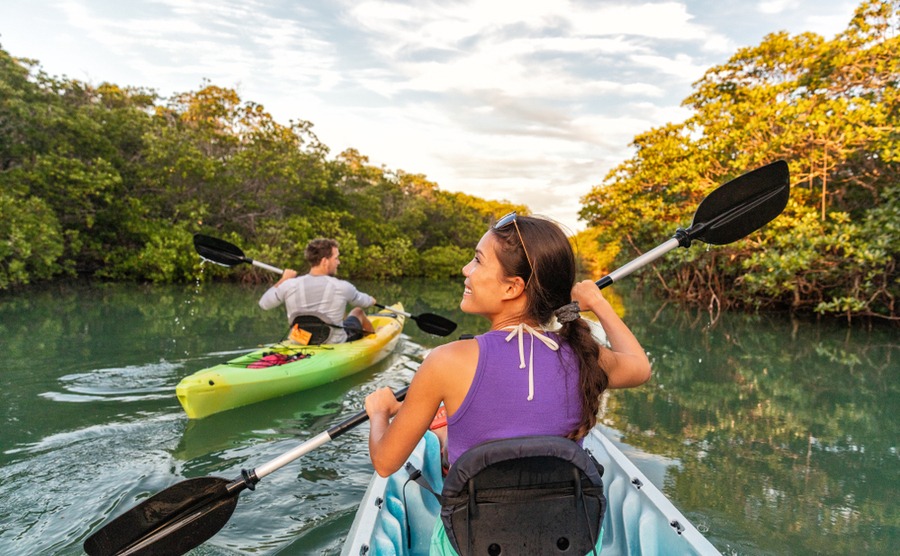 For idyllic beachside living, there is no spot more picturesque than Islamorada in the Upper Keys – although it does have a price tag to reflect that! Set across six islands, Islamorada – or ‘Village of Islands’ – is a beach lover’s paradise, only an hour and half away from Miami. The town boasts the world-class Plantation Yacht Harbor Marina and Founders Park, a state-of-the-art sport, aquatics and outdoor recreation centre right on the ocean. According to AirDNA, who look at how well rental properties across the USA perform, Islamorada has an average occupancy rate of 53 percent, but this leaps up to 86 percent in March. Additionally, the average daily rate per night is $359, but this goes up to $372 in December. 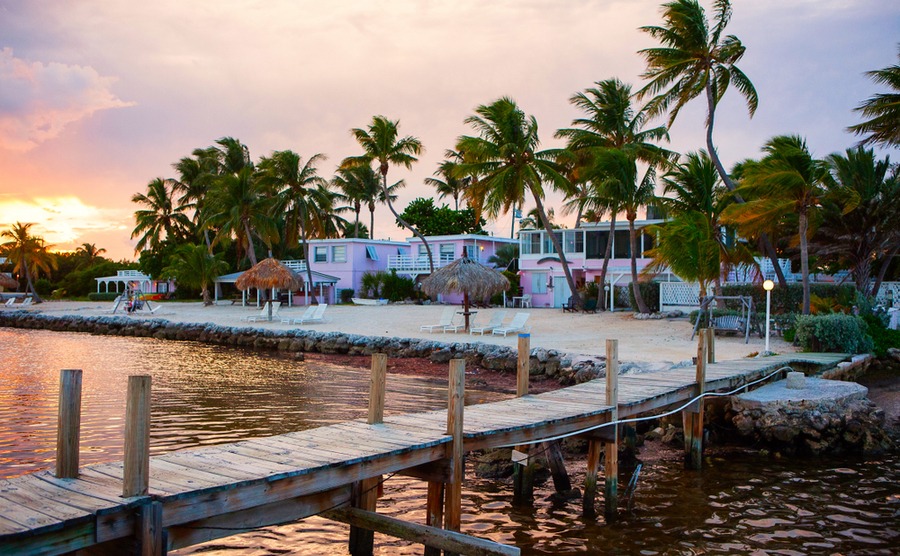 Marathon is a 10-mile stretch of family-friendly community, located across 13 islands in the centre of the Keys chain of islands. The former fishing village is a popular choice with year-round residents, snowbirds and overseas visitors who can’t get enough of their old-Key style waterfront properties. The town is home to a great selection of waterside restaurants and hosts some great annual events that keep the tourists pouring in. This is also one of the best locations in the Keys for boating and fishing, so if that’s how you plan on spending your days in Florida, Marathon could be the area for you. During March, the average occupancy rate for holiday rentals in the town hits 84 percent and in December property owners will be able to charge an average of $400 per night.

Halve the cost and double the fun by buying with family. Find out about joint ownership in our free guide. 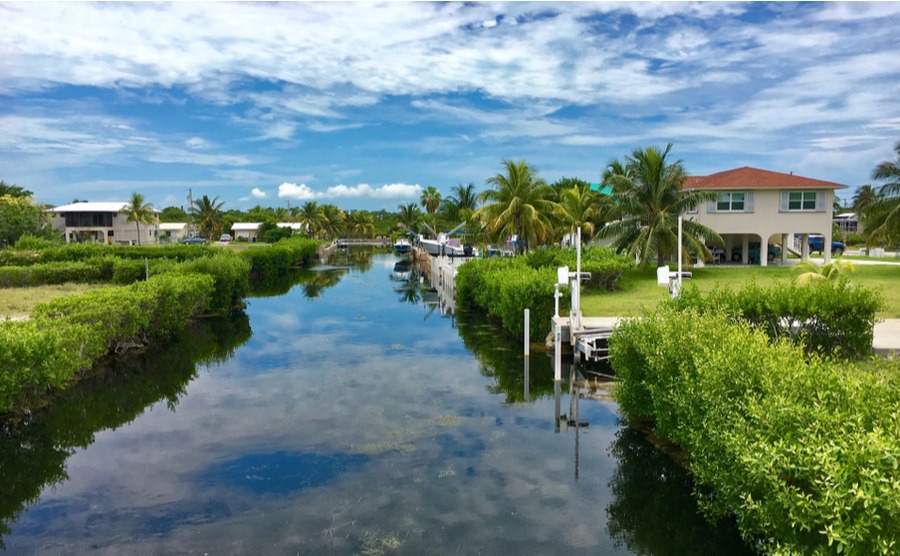 Big Pine is one of the most diverse towns in the Florida Keys. It’s located around 30 miles from Key West, and 100 miles from Miami making it ideally-located for holiday makers. Surprise, surprise – it also excels in the fields of beaches, fishing, watersports and seafood restaurants with ocean views! One particular perk of the area is that as it’s one of the largest Keys, man-made canals have been created in many of its residential neighbourhoods. This means that many of the properties on offer come with very their own boat moorings – a hugely attractive prospect to buyers. Additionally, prices here are a little lower than on other Keys, which makes it accessible to those with lower budgets. However, get in quickly because prices in Big Pine are on the rise.

Key West is the largest town in the Florida Keys, which means it’s the liveliest, and boasts the most bars, restaurants and cultural landmarks. Also, given its location, it is a truly stunning part of the world, where you can expect to hear the ocean lapping at the shore at all times. Much like everywhere in the region, your days in Key West will be spent outside soaking up the sunshine, dining on fresh seafood and being active in gorgeous surroundings. Also, the area is big on its culture, with a nightly arts festival held in Mallory Square, which is the best place on the island to catch sunset. Literature lovers won’t be able to resist the chance to visit the home of Ernest Hemingway in the Old Town, which is reportedly where he penned ‘For Whom the Bells Tolls’ and ‘A Farewell to Arms’. 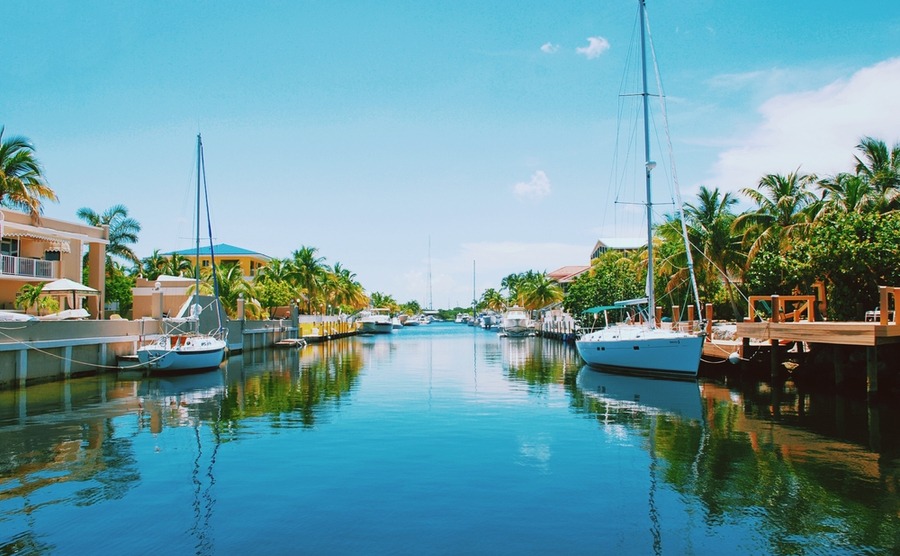 Key West is a boater’s paradise.

If you plan on buying property in the Florida Keys to rent out to holiday makers while you’re not in town, Key West presents the best option. In fact, it’s one of the best locations for vacation home rentals in the entire US. Standard occupancy rate for an Airbnb on the island is 74.8 percent, and return on investment is around 7.03 percent – again one of the highest returns on investment throughout the US. The best neighbourhoods for Airbnb ROI in Key West include; White Street Gallery District, Midtown, Upper Duvall, Old Town, New Town and Truman Annex.