Property in Florida is well on the road to recovery

World-beating tourist attractions combined with a growing population and booming economy are helping to grow Florida’s property market during 2016.

The Sunshine State’s housing market recorded more new listings, higher median prices and fewer days to a sales contract during the second quarter of 2016, according to the latest housing data released by the Florida Realtors association. Closed sales of single family homes across Florida, which includes Orlando, totalled 76,748 in Q2, representing a 1.4 per cent rise year-on-year.

“In the second quarter of 2016, Florida continued to add new jobs, which attracts new residents, encourages economic growth and strengthens the housing market,” said the President of Florida Realtors, Matey H. Veissi. “Traditional housing sales increased statewide over the three-month period, while sales of distressed properties continued to decline. In another positive sign, new listings for single-family homes over the three-month-period rose 2.9 per cent year-over-year, while new condo-townhouse listings rose 3.3 per cent.”

The median sales price for a single-family resale home in Florida rose 10 per cent year-on-year for the same quarter, reaching $220,000. Condo-townhouse prices rose 5.2 per cent to $163,000. 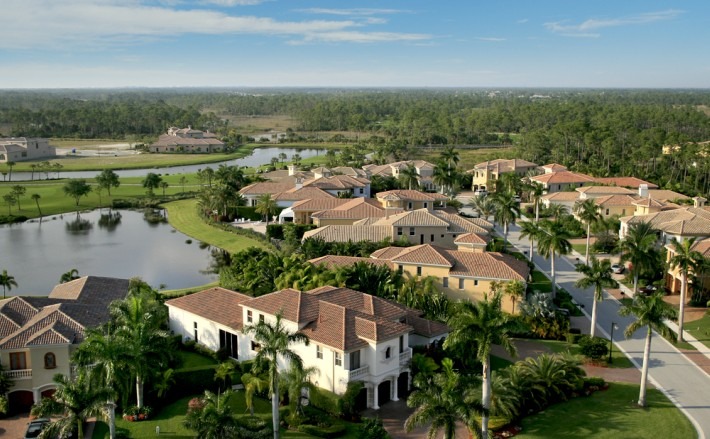 Florida is increasingly popular as a place to live and work.

“Existing home sale prices throughout most of Florida’s metro areas are continuing to exhibit robust year-over-year growth,” added Florida Realtors Chief Economist Dr Brad O’Connor. “This growth is attributable to simple economics, which is to say that demand is strong and supply is currently limited. The inventory of homes for sale at the more affordable end of the price spectrum – which includes the vast majority of distressed properties – continues to decline significantly, and new construction has not come close to making up the difference.”

The so-called Golden Triangle area just south of Orlando city in central Florida is the most attractive to British buyers.

Average house prices in Florida continue to bounce back since bottoming out in 2011, rising by an average $83,000 in the span of five years. Tight supply and pent up demand are driving price increases and pace of sales. They remain on average $42,000 lower than they were 10 years ago in Q4 2006. Meanwhile, Florida’s population is predicted to hit 20.7 million by the end of 2016, after growing at 1.84 per cent in the past year.

The so-called Golden Triangle area just south of Orlando city in central Florida is the most attractive to British buyers, thanks to its poximity to Disney and the theme parks, and large selection of property. Davenport, Haines City, Kissimmee and ChampionsGate are especially popular place to own a lettable holiday home. Otherwise, beach lovers can choose between the east and west coast, the latter being home to the white sandy beaches of Sarasota and Siesta Key, as well as the upmarket golf communities of Naples.