Where do you see yourself in 2019? Perhaps in a beautiful French home, spending your time browsing the local marchés, stocking up on locally grown produce and enjoying your village fetes? I firmly believe that France is one of the best places to start a new life, so here are my top ten reasons for buying property in France in 2019.

Lots of value in a buyer’s market

Picture-postcard cottages in the countryside tend to come at a premium in the UK – not so across the Channel. France’s rolling countryside and plentiful farming hamlets are awash with charming character. homes. Average prices for rural properties in inland areas have remained stable during 2018, so there’s still tremendous value if you’re considering buying property in France in 2019. 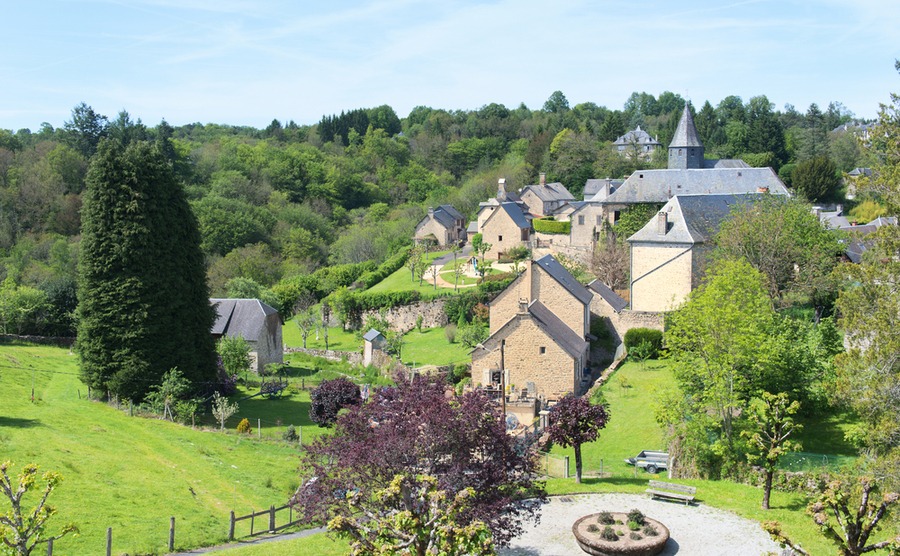 Could you see yourself buying property in France in 2019?

The Dordogne remains a favourite with UK buyers,, but we also recommend casting the net wider in the whole Nouvelle-Aquitaine region, especially Limousin and Charente. Charente, in particular, is rural but also close to the coast and very accessible from the UK. And the countryside in and around the two hubs of Limoges and Angoulême offer some great bargains. Or try properties along the scenic Charente river valley, in places such as Châteauneuf-sur-Charente and Jarnac – both are very reasonably priced, with great facilities and excellent transport links. Meanwhile, the Languedoc makes a more rustic Mediterranean option to the pricier Riviera.

In the French countryside, an older detached home, such as a farmhouse, ‘longère’ or ‘maison de maître’, habitable with lots of original features and a sizeable garden could feasibly be yours for €150,000. Meanwhile, nicely refurbed traditional village houses tucked away down a pretty back street can be picked up for around €80,000, or substantially less for one in need of work. Plus, there are a lot of mortgages with low interest rates these days. 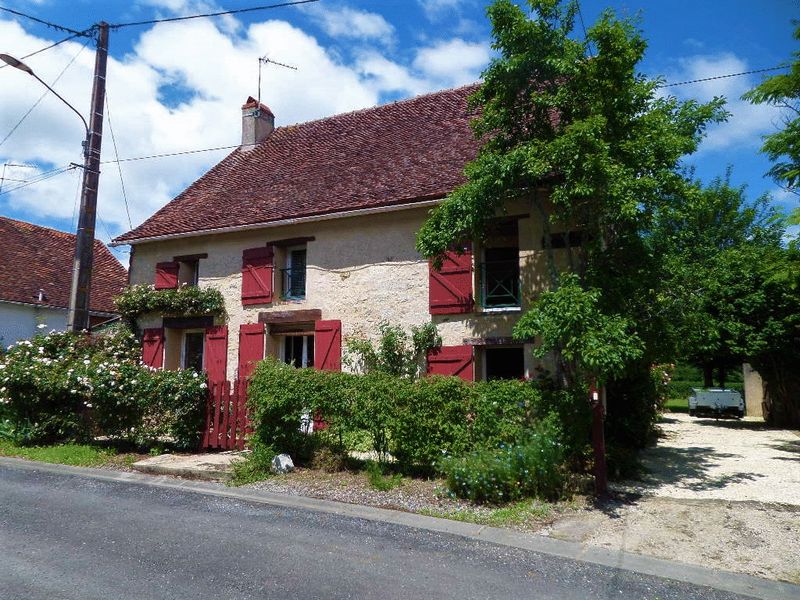 This beautiful rural home is on the market for just over €129,000. Click on the image to view more details.

May your health be your wealth

You might have to make a small contribution when you use state healthcare in France, but you know the treatment you’ll receive will be as good as it gets. France has the world’s top-ranking healthcare system, according to the World Health Organization. Its national healthcare system, based on the concept of a social safety net that reimburses patients most of their health expenses, works on a private doctor model for minor appointments and hospitals for emergencies, surgery or serious illnesses. Most people take out ‘top-up’ health insurance to cover the costs of appointments. President Macron has recently pledged extra money and more doctors for the system in 2019.

To add to that, France spends more on looking after its people than any other EU country, according to a recent report by France’s National Institute for Statistics and Economic Studies (INSEE). In 2016, France spent 32.1% of its GDP on welfare, higher than any other country in Europe, where the average spend is 28%, said INSEE.

Meanwhile, a healthier, less stressful lifestyle means life expectancy in France is higher than in the UK – 82.4 years compared to 81.05 years respectively.

France is more than twice the size of the UK with a far lower population density. There is no feeling of overcrowding, there is less congestion on the roads and a far greater choice of properties with not only land but spectacular views. Space is good for the soul and is part of why we feel a real sense of well being when in France.

As well as less densely developed areas, this means less congestion on the roads, fewer queues (little wonder we Brits often accuse the French of not knowing how to queue – they don’t often need to) and infrastructure in general, which makes for an altogether less stressful existence.

However, no part of France is out of reach by car. The country’s extensive and well run motorway network is often deemed one of world’s best. This is why even regions in the southern half of France, for example the Lot or southern Limousin, are reachable from Calais in a day’s drive.

Flying is always an option too, wherever you are in France, thanks to the country’s dense web of regional airports that connect not only the UK but other European destinations. Let’s also not forget France’s world-famous rail network and high-speed TGV trains, which offer high-speed travel between Paris and most large French cities. 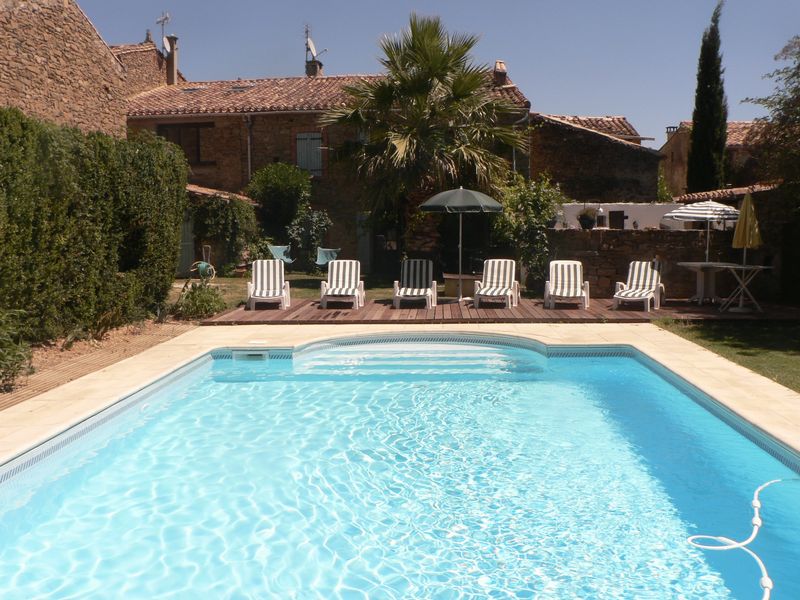 With so much space, it’s no wonder that even homes with extensive gardens and pools can be affordable, like this Limousin property for €212,000.

There is a huge variety not only in the regions of France but in the types of property available. You have a choice between traditional village houses, farmhouses, châteaux, townhouses, apartments, new build, manor houses, barn conversions etc. Bear in mind too that the French are traditionally not keen to undertake renovation so there are plenty of places which need work. A friend of ours recently bought a two-bedroom house in a pretty village for €34,000. Imagine what you would get for that in the UK! Granted, it needs work but is a nice project and will undoubtedly be worth a whole lot more when complete.

French locals tend to have a preference for modern homes, leaving renovations for overseas buyers (whom they consider a bit batty!). That means prices are generally low for restoration projects. 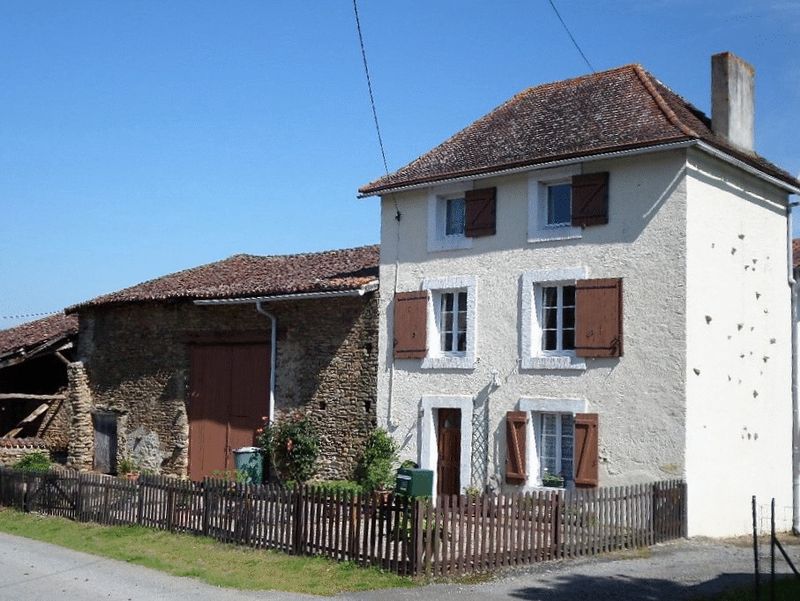 This is one of the main reasons so many British people love France of course. The lifestyle is generally much gentler, more laid-back and more relaxing. The French in general stick to their old traditions such as keeping lunchtime sacred (many shops and offices still close between 12 and 2 pm). There is less of a feeling of being in a rat race, even in major towns and cities and as mentioned above, so much more space which brings with it a feeling of calm. The family is important in France. Generations tend to mix well together. One might call it old-fashioned values!

Plus, France has long been proud of its culinary expertise! It is such a joy to find a small, family-run restaurant in a village offering a fixed price menu with home cooking at very reasonable prices. At the other end of the scale, there are 27 Michelin-starred restaurants in the country but of course plenty of others which will be easier on your pocket. You will be spoilt for choice when it comes to wine. It is easy to find a decent wine for around €5 and most restaurants serve wine in carafes at excellent prices.

Pretty much every village and town has a weekly outdoor market or at least travelling vans selling all manner of goods from fresh food and wine to household items including beds and furniture. There is something very enjoyable about meandering around a market, stopping for a coffee at a pavement café and watching the world go by.

France tends to be sunnier and warmer than the UK! Of course it is seasonal but it is rare to have days on end of clouds and rain and anywhere south of the Loire benefits from warmer temperatures overall. Summers are very hot in many areas and winters, although still cold, rarely get to below freezing. 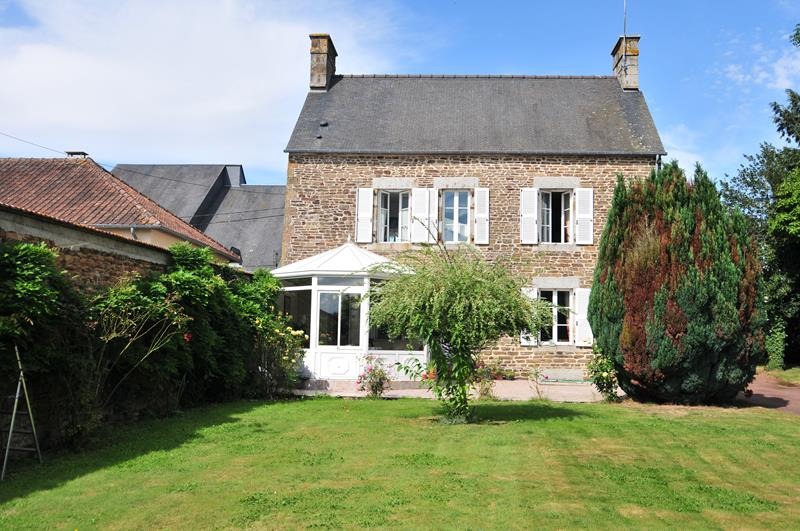 Here in the Limousin, you’ve got an average temperature of around 20ºC in the summer. It’s pleasantly warm without making it ‘sit indoors under the air con’ weather!

Don’t allow anyone to convince you that France is great except for the people! We have been welcomed with open arms in our village and the French love the fact that British people move to their country and are more willing than they are to renovate a property and integrate. The key is to learn some French – most people who feel excluded only speak English. Imagine moving to a British village without speaking English – you’d feel the same!

No matter if your French is still at school level, you will usually find that making an effort to speak the language is welcomed. The French find their language spoken with an English accent hugely attractive, so just get out there and practise!

You’ll be an EU resident!

Move to France before the end of March 2019 – and hopefully before the Brexit transition period finishes at the end of 2020 – and whatever the UK agrees with the EU in coming weeks, you should still be able to register as a resident in France with little fuss. This is turn makes you a resident of the wider European Union, which could make travelling across the Continent that little bit smoother had you stayed in the UK.

There are doubtless many other reasons you may think of as to why buying in France generally is an excellent idea. Perhaps particularly in these somewhat uncertain times in the UK, now may be one of the best times in recent years to consider buying property in France in 2019. Will this be the year you follow your dream?