Why British families are choosing France and its schools

New figures just released by the Office of National Statistics reveal that France is in fact the top country for British people relocating with children. There are 20,000 British children in France,  compared to 16,000 in Spain.

The data reveals that it’s not just retirees who are thinking of relocating to a better life in France but families with young children as well, anxious no doubt to give their offspring the benefit of a top education, the experience of living in a beautiful country and learning another language.

It’s not just retirees who are thinking of relocating to a better life in France but families with young children as well.

Schooling in France has an excellent reputation, with the French education system considered one of the best in the world. Plus children under the age of seven should pick up the language without an accent in a matter of just a few months.

Moving to France with children is also likely to be easier in terms of integration. Children make friends in school and you will meet their parents thus starting, creating a great opportunity to make new friends of your own. 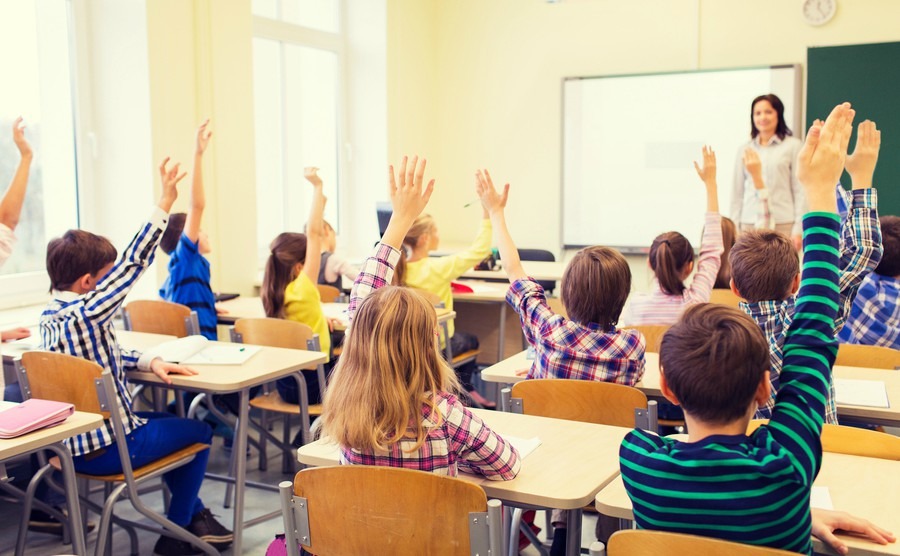 Education is compulsory and free in France from the ages of six to 16. Ecole Maternelle is is for children aged two to six and is not compulsory. Between the ages of six and eleven they must attend Ecole Elementaire, followed by College from 11 to 15, and finally Lycee from 15 to either 16 or 18.

The school year follows a similar pattern to the UK: September to July, with holiday and term dates staggered across the country. The summer holiday is long – about two months – allowing plenty of time to visit family and friends back in the UK. Generally speaking the school curriculum is more academic than in the UK, with an emphasis on traditional learning, healthy competition and the authority of the teacher.

Education is compulsory and free in France from the ages of six to 16.

As an expat, you are likely to find good pastoral care. You will almost certainly find local assistance and other expat families for support. With the increase in British families living here, many schools are becoming increasingly used to pupils from overseas, and will go the extra mile to make them feel at home. We have many friends in our village with school age children who are extremely happy. And remember that they will be teaching you how to speak French before you know it.