Who will win the French presidency?

We have come to expect the unexpected in 2016 politics, but will 2017 be any different? The race to become the next President of France hots up ahead of next year’s French election and the result will affect the euro.

First Brexit, then Trump. Now attention switches to French politics, with the election in spring. Just as Brexit and Trump knocked exchange rates for six, so a shock result in May will affect the euro too. It’s a good time to talk to a currency trader, but before you do, who might win?

“If this year is anything to go by in the world of politics, nothing is certain”

Opinion polls don’t seem to count for much in France either. Last week Nicolas Sarkozy, the ex-president of France, was defeated in the first round of his party’s primaries – somewhat surprisingly – by François Fillon; the man Sarkozy appointed prime minister for five years. Sarkozy had always hoped to have another shot at leading France, but it was not to be. He held a press conference afterwards declaring he will withdraw from politics and will back Fillon in the next round of voting.

Mr Fillon will now go head-to-head with Alain Juppé – the right-of-centre mayor of Bordeaux – this Sunday (27th November) to decide who is candidate for the Republican party.

Mr Fillon, 62, has gone from outsider to favourite for the nomination of the French centre-right and if he beats Juppé will become favourite to become President in May too. But nothing is certain and a new wild card possibility has emerged, Mr Macron.

“If this year is anything to go by in the world of politics, nothing is certain” 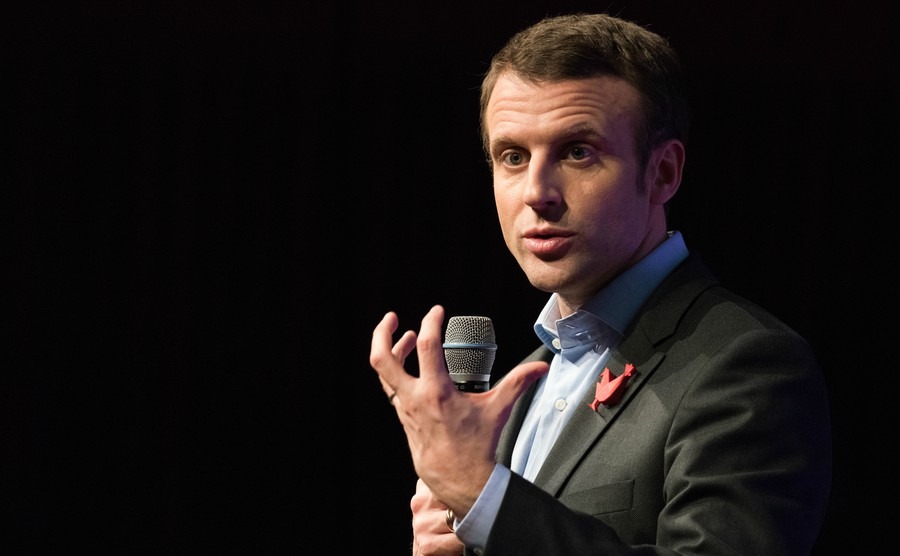 Emannuel Macron: could his be the next face of France? (Frederic Legrand – COMEO / Shutterstock.com)

Emmanuel Macron has officially announced his candidacy for the French presidency, which may well have a huge effect on the other campaigns. He was appointed Minister of Economy two years ago, but resigned from his post in the summer amid rumours he would run for President. His announcement came as no real surprise to the French and has been timed to coincide with the first round of the primaries in the Republican party.

The youngest of the frontrunners at just 38 and a former investment banker, Macron describes his political movement as ‘En marche’ (‘Going Forward’). Interestingly, like Donald Trump, Mr Macron has never been elected as a politician but was parachuted into the job of Economy Minister by President Hollande.

Marine Le Pen, leader of the National Front, is mounting a strong bid. She is consistently polling at more than 20 percent of the share of the vote (against 17.9 percent in 2012) and seems guaranteed to make it to the second and decisive round of next year’s presidential elections. Le Pen’s rise has directly affected her opponents across the political spectrum, dragging many of them to the right.

Radical as Ms Le Pen’s vision for France may be, the prospect of her National Front policies becoming reality is no longer pure fantasy.

Radical as Ms Le Pen’s vision for France may be, the prospect of her National Front policies becoming reality is no longer pure fantasy

With Brexit and the American election both producing very surprising results, and the polls consistently proved wrong, anything could happen in the French election, which takes place over two rounds in April and May next year. Perhaps the most surprising result would be the re-election of President Hollande, who this week announced he will be standing again despite having approval figures as low as 4 percent.

If you are considering buying a property in France in 2017, it is advisable to keep a close eye on events across the Channel. With the race to win the keys to the Élysée Palace so wide open, and politics throwing up shock results at every turn in 2016, it is difficult to predict the euros fortunes in the coming months’.