Uncle Sam is getting a taste for French property

Property agents in France are expecting a rise in enquiries from Americans, spurred into investing in Europe by the result of the recent election.

British house-hunters could now be competing with Americans for the best homes in France, after reports of a surge in US interest in French property following Mr Trump’s election as the next US president.

“With 61 million unhappy Democrats, we’re fielding lots of calls from people saying that they want to leave the country,”

In November, a leading French property agency said they’d seen a 25 percent jump in sales to US buyers just before the presidential election, adding that since Trump had won, US enquiries and appointments had doubled. In a poll by the agency taken just after the election, 60 percent of the 341 American respondents said they were more likely to buy in France with 37 percent saying that they were just as likely.

Typical responses by those polled suggested that American property-hunters were now keen to expedite their purchase, with concerns about the future security and ethics of their mother country. As one person put it: “I am more likely to buy a property in France – I don’t feel safe, I feel American values have been compromised.”

“With 61 million unhappy Democrats, we’re fielding lots of calls from people saying that they want to leave the country,” said a spokesperson for the agency. “Similarly, there are 60 million ecstatic Republicans, and we’ve taken enquiries from people saying they now have faith in the economy and are happy to invest in a holiday home. No matter what their politics, the truth is they’re coming here.”

Elaine Ferguson, head of the Resource Centre at PropertyGuides.com added: “The fact that the US dollar is close to a year’s high against the euro is nice bonus for Americans. French mortgage rates are at historic lows, so that rates below two percent with 20-year terms and requiring just a 20 percent deposit are quite normal at the moment.” 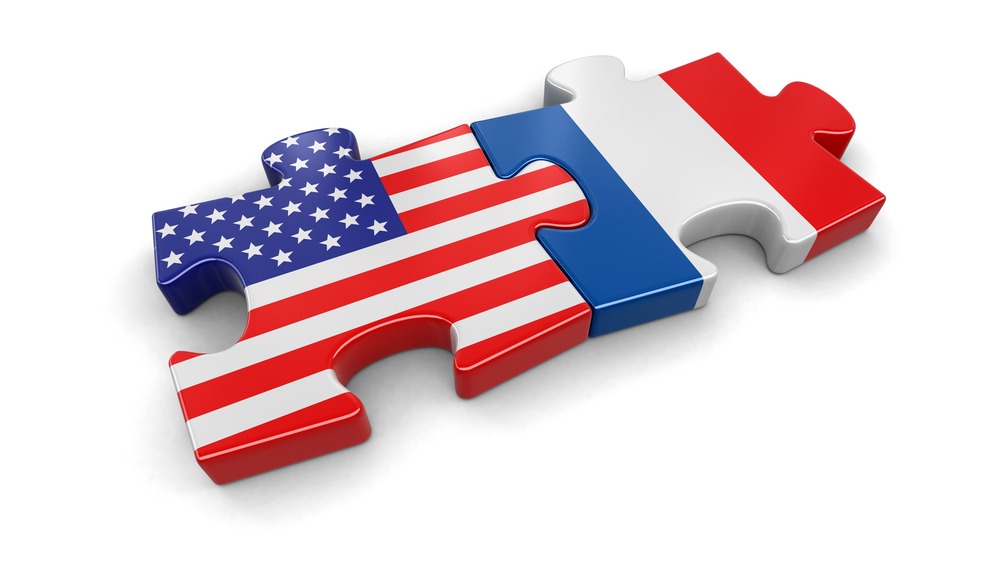 An American in Paris?

But where are they buying? The appeal is wide: Aquitaine and Midi Pyrenees are the most popular but there’s also interest in Paris, the Alps, Pays de la Loire, Poitou Charentes, Centre, Languedoc Roussillon, Brittany and Normandy. According to the bank BNP Paribas, the average spend of an American buyer in France is €375,000.

This new source of serious foreign buyers is good news for vendors too. Last year Americans made up less than three percent of all overseas buyers in France but agents predict that in 2017 they could leapfrog the Dutch, Germans, Italians and Swiss and be the third largest international buyers (behind the British and Belgians).

Meanwhile, Skiingproperty.com this month highlighted that a ski property in leading French resorts could be the ideal investment for Americans looking for a safe haven euro asset that also offers lifestyle benefits. “They may feel that having a euro-based immovable asset makes sense for the long-term” – SkiingProperty spokesman

“A French ski home could appeal to those Americans disenchanted by Trump’s victory in a number of ways,” said the ski property specialist. “They may have concerns about the US economy after Trump takes the reins and feel having a euro-based immovable asset makes sense for the long-term. Others may be considering leaving the country altogether or spending half the year in Europe, in which case a home in the fantastic mountain environment of the French Alps could be ideal. And there will also be many American expats working overseas who would rather invest in a home in Europe, including the Alps, than the US.”

The skiing areas most likely to appeal to American buyers are Les Trois Vallées, Paradiski and Les Portes du Soleil, all reachable via flights from the US into Geneva, or high-speed train after flying into Paris. Each of these is larger than any single US resort and includes a choice of resorts in terms of style and budget. For example, Courchevel and Les Menuires are both in Les Trois Vallées, but the former is one of the Alp’s most upmarket resorts, with a large choice of multi-million-euro apartments and chalets, while the latter is more affordable and suited better suited to families.

Besides a proven rental market and historically strong capital appreciation, added appeal of French ski resorts for American investors include the Alpine culture, the food and drink, the typically cheaper lift passes compared to resorts in the US, and the huge range of activities on offer off the slopes, as well as during the warmer summer months.