A last minute recovery saved the pound from total ignominy against the euro after it fell to a ten month low on Thursday, but it still wasn’t a great week for sterling. Strong economic results from the US mean that if you’re buying in Florida while visiting DisneyWorld this week, you’re getting a few less dollars for your pounds too. Wherever you turn, this highlights the need to protect your budget.

A fall of one cent against the euro over the last week might not sound much, but it’s enough to cause the cost of a €150,000 euro property to increase by more than £1,200.

The pound’s fortunes were once again at the mercy of a vote. Don’t worry you didn’t somehow miss another snap election; it was the decision makers at the Bank of England (BoE) who were having their say around interest rates on Thursday – or Super Thursday as the press so affectionately referred to it. The result? The central bank’s Monetary Policy Committee (MPC) voted 6-2 in favour of leaving them unchanged at their record low of 0.25%. 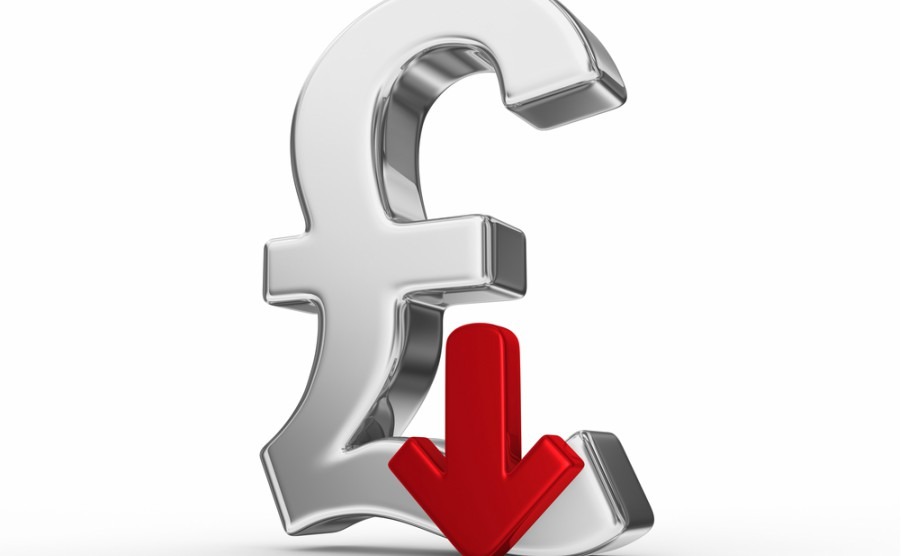 An up and down week, but the pound fell in the end

So in the end there was nothing really super about Thursday – certainly not for the pound – after the MPC did exactly what everyone expected them to do. Perhaps it should have been dubbed Predictable Thursday. It was more the BoE’s downgrading of forecasts for economic growth and wages, and Governor Carney’s remarks around how Brexit-fuelled uncertainty was hurting investment in the UK economy that caused the pound to dip by one cent against both the euro and the US dollar. 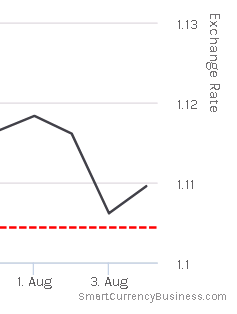 A fall of one cent against the euro over the last week might not sound much, but it’s enough to cause the cost of a €150,000 euro property to increase by more than £1,200. And if the pound comes under further pressure in the coming days and weeks, your budget could be eroded further. After all, it’s clear the BoE aren’t full of economic optimism at the moment.

If you are buying a property abroad, learn how to get the most overseas property for your pounds. Download the Property Buyers Guide to Currency.

Against the US dollar, positive economic news strengthened the case for interest rate rises in the US and the dollar soared late on Friday by a cent. 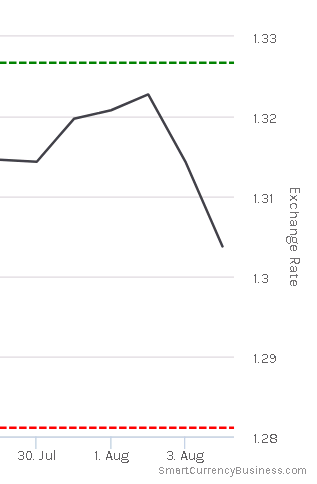 What about the pound’s fortunes against currencies in other favourite expat countries? Anyone considering a move to luxurious Dubai might be tempted to secure a rate after the pound fell from a high of 4.86 AED to a low of 4.81 AED. While buyers with an eye on the South African sun will be pleased to hear the pound strengthened from 17.07 ZAR to 17.59 ZAR, as a vote on a motion of no-confidence against President Jacob Zuma draws closer. If these destinations are on your emigration radar, learn more about life in some of the most exciting expat hotspots around the world.

Following the release of the GDP (gross domestic product) estimate from the National Institute of Economic and Social Research (NIESR) on Tuesday, the pound will be braced for the results of the inflation report hearings the following day.

If the NIESR indicate that the economy has been performing poorly, the pound could suffer. While a rise in inflation could trigger an interest rate rise from the BoE in the near future, lending support to the pound.

If your property purchase depends on you securing it at today’s prices, you should call your Smart trader to fix your rate before Tuesday, on 020 7898 0541 (Monday to Friday, 8.30am to 6pm), or you risk losing your property.