The best villages in France, according to the French

A compelling TV competition programme aired this week in France. Fourteen beautiful French villages were vying for the title of “Le village prefere des Francais 2020“. Viewers voted for their favourite, with the winner announced yesterday, 1 July.

We’ll tell you who won at the end! But who were the contenders?

In France they’re really spoilt for choice, as there are just so many breathtakingly beautiful villages. The 14, however, are not only pretty. Each has an appeal that goes beyond the superficial charm, and indeed an appeal to all nationalities, not just the French. France is justifiably proud of its heritage and this is shown in spades here.

When you’re ready to buy in France, we have the legal experts to ensure your purchase is safe and hassle-free. Just click here for an introduction.

The contenders this year are:

The programme was broadcast from the village which won the title last year: Saint-Vaast-la-Hougue in the Manche department. Interestingly, during the last few years the most popular villages have tended to be either in Brittany, Occitanie or the Grand Est, with the Centre and Ile de France areas proving to be somewhat less popular (although we think they are just as lovely!).

We have taken seven of these gorgeous villages to explore a little further. There’s plenty for you to dream about here. You may never have heard of many of these villages, but most are easily accessible from the UK and have affordable property prices. So, if you are looking to get away from it all during these troubled times we live in, then these are ideal. We can all benefit from the tranquillity of a fabulous ancient French village.

We can all benefit from the tranquillity of a fabulous ancient French village.

We have Claude Monet to thank for putting this village on the map. Just 50 kms northwest of Paris, Giverny has around 500 inhabitants but sees its numbers grow massively in the summer. Tourists from all over the world flock here to see Claude Monet’s house and gardens.

The village oozes charm and is an ideal spot for British folk looking for a second home, just a hop and a skip across the channel. Expect to pay upwards from €200,000 for a renovated timber framed house near here. 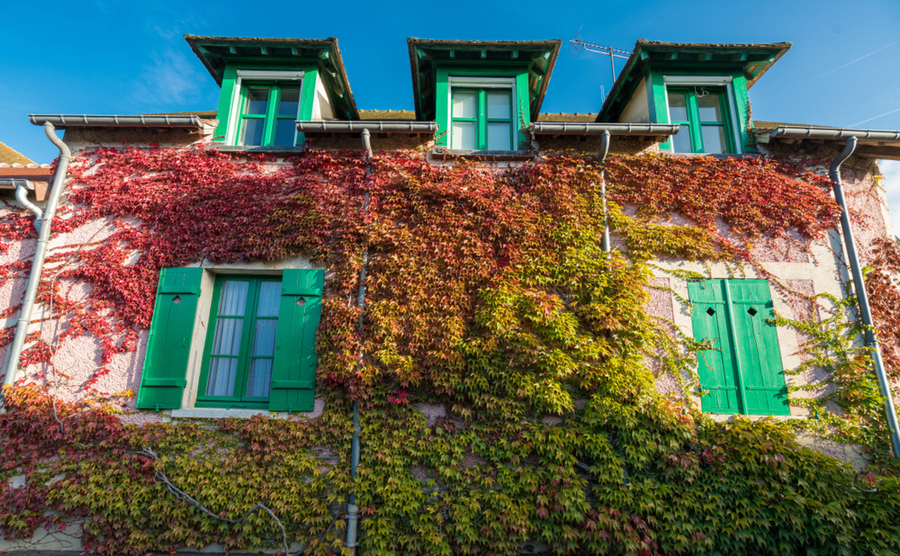 The village oozes charm and is an ideal spot for British folk.

Best known for its sublime crisp white wine made from the Chardonnay grape, this is a prosperous town with a central market, some wonderful wine domains and beautiful buildings. The population is around 2300.

Popular with Parisians seeking some rural charm, it also appeals greatly to British people who know and love their French wine. Expect to pay around €250,000 or more for a house with garden. 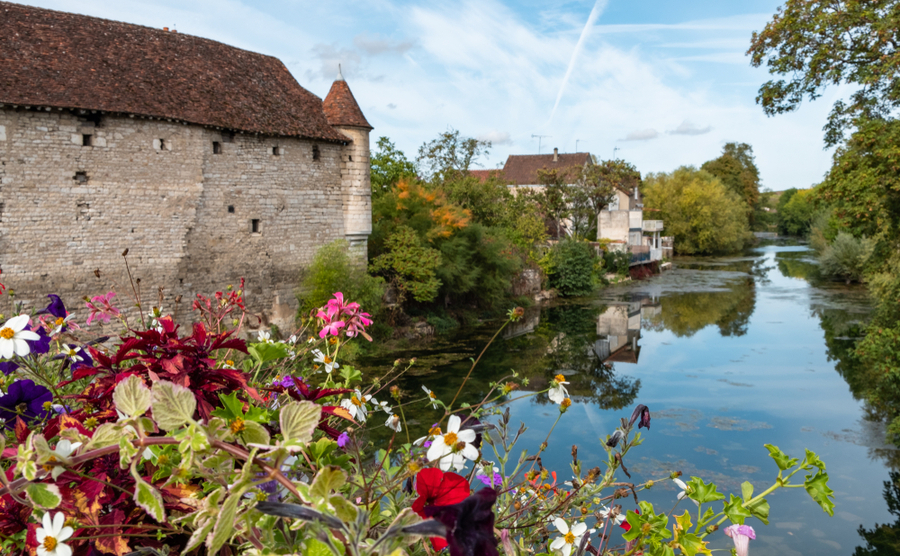 Chablis appeals greatly to British people who know and love their French wine.

This is an incredibly pretty village, proud of its heritage and also listed as “one of the most beautiful villages in France”. It is famous for welcoming pilgrims making their way down to Santiago de Compostella in Spain. A lovely place to meander with its narrow streets, quirky individual shops and local craftsmen selling their wares.

There are only around 400 permanent inhabitants here. Plenty of pretty stone houses are available around the €250,000 price mark around the village.

A lovely place to meander with its narrow streets, quirky individual shops and local craftsmen selling their wares. 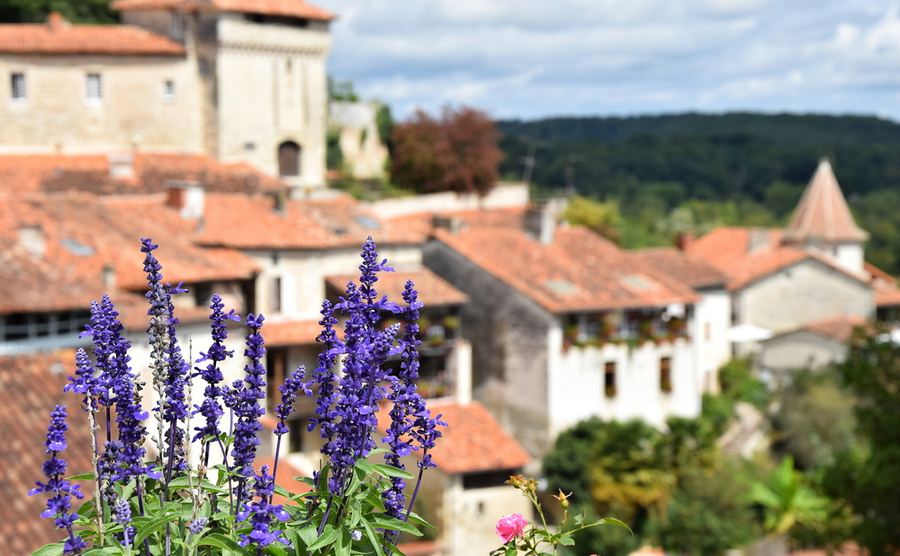 Aubeterre-sur-Dronne is a pretty village, proud of its heritage.

Situated over on the windswept and dramatic west coast on a former island, here you will find some lovely seafront properties as well as older buildings in the actual village. It is a quieter spot than its neighbouring La Baule, but you might pop round to la Baule for its amazing miles-long sandy beach. The whole area is ideal for families.

Expect to pay around €300,000 upwards for a renovated property with sea view. But, you can also find some lovely holiday apartments for around the €100,000 mark.

Taken a shine to any of these areas? Make sure you’re prepared for a viewing trip with the tips and tricks from our Viewing Trip guide. 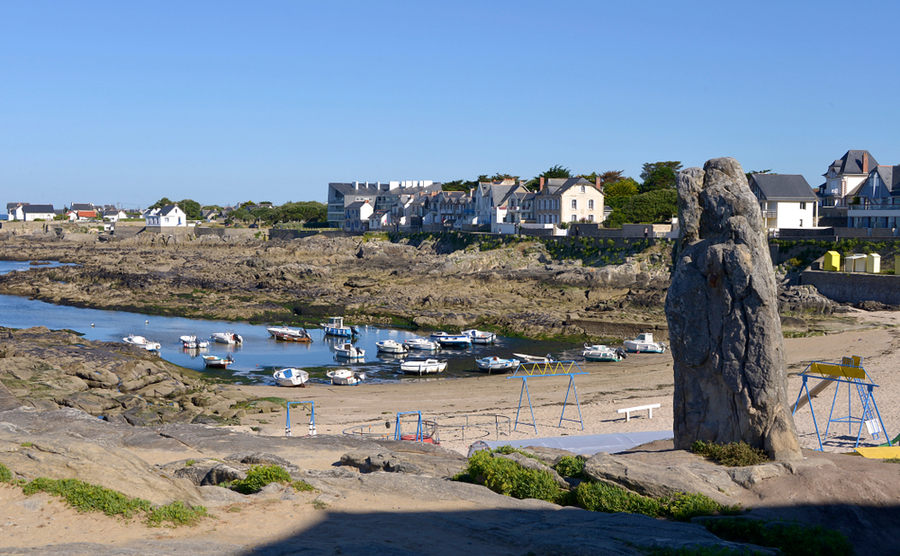 You will find some lovely seafront properties as well as some old buildings.

Down south, we find this tiny commune in the ever popular Provence-Alpes-Cote d’Azur region of the south of France. It became widely known via Peter Mayle’s books which inspired a huge influx of British folk longing to live the simple, lavender infused rural life in the golden sunshine, which this area offers. The movie “A Good Year” starring Russell Crowe was filmed near here.

This is a walled village perched on a hilltop in the foothills of the Alps and really is quite beautiful. However, there’s a slightly heftier price tag for property here. You really need minimum €400,000 to find a house with a small garden or terrace. 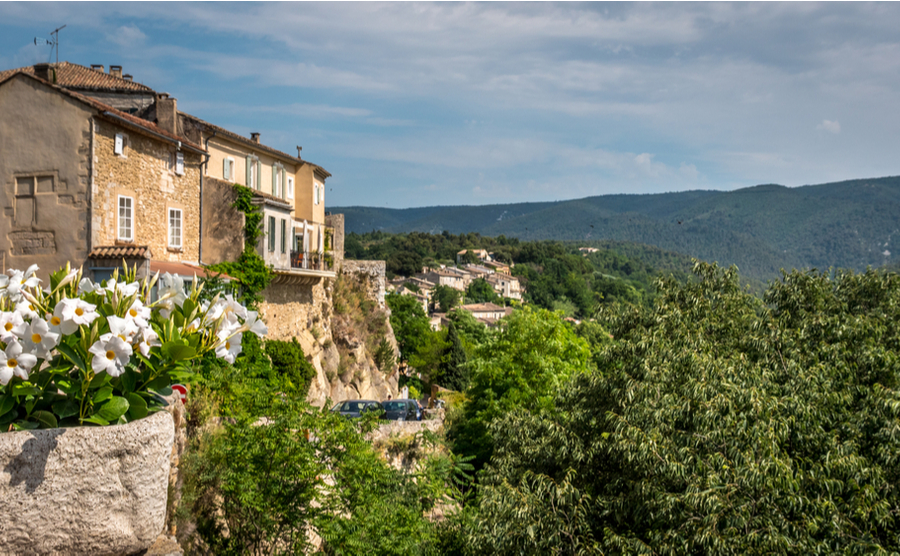 This is a walled village perched on a hilltop in the foothills of the Alps.

A lovely green area, this hilltop village is famous for its cathedral and is also located on the Santiago de Compostela pilgrim route. It is quite close to Toulouse so relatively easy to get to, with regular flights from Gatwick. Best of all, it is surrounded by the most wonderful unspoiled rolling landscapes and greenery in what used to be known as the Midi-Pyrenees.

You will find some very picturesque houses here with a more affordable price tag than its neighbour above! Expect to find a decent house with garden for upwards from €120,000. 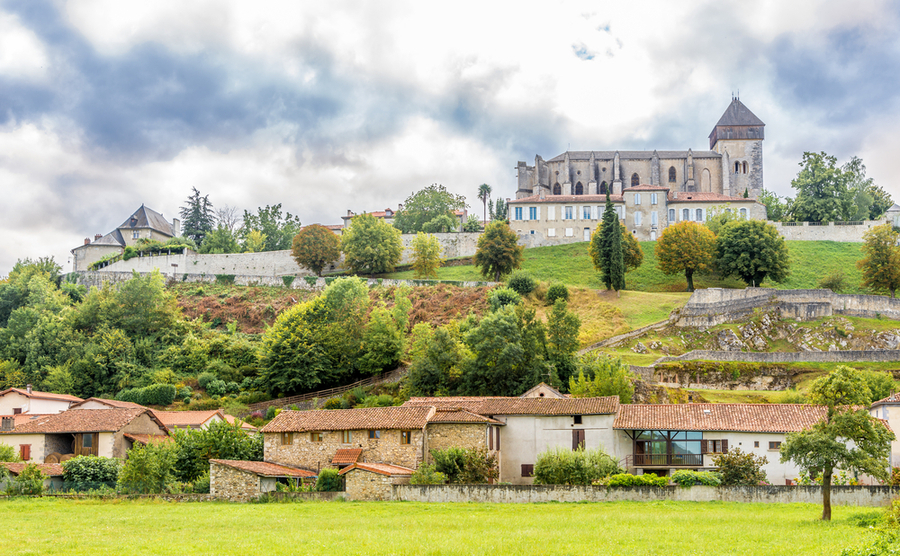 A lovely green area, this hilltop village is famous for its cathedral.

A tiny village with just a few hundred inhabitants, lying just 15 kms south of Clermont Ferrand. It is already classified as “one of the most beautiful villages of France”.

The village was built from local stone and has far reaching views across the green hills. It consists of some quaint narrow cobbled streets and is a hidden gem in this lesser known area.

Property prices here are amongst some of the lowest in the country. It is possible to pick up a small stone house for under €100,000. At the other end of the scale, there are some fabulous large country manors on the market for upwards of €500,000. 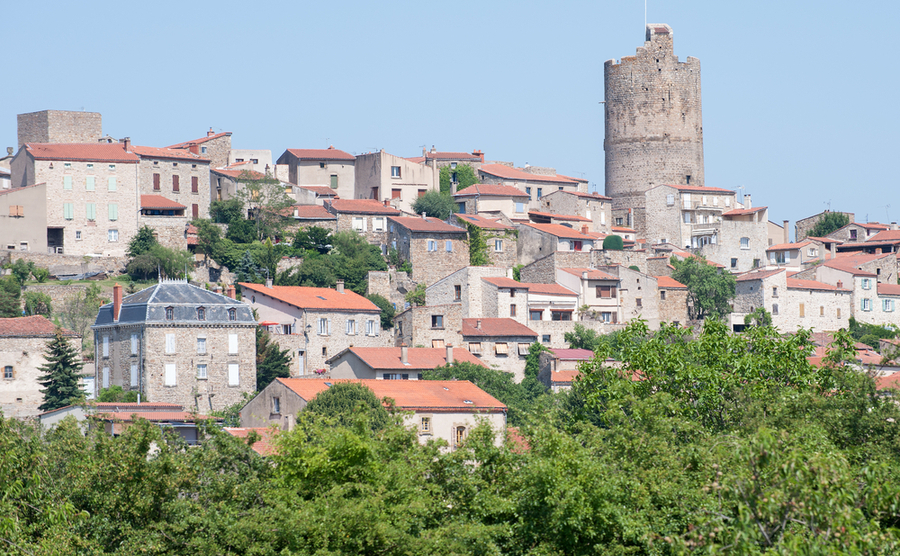 This village was built from local stone and has far reaching views across green hills.

But the winner was none of these seven! The winner of the most preferred village in France, voted for by the French for 2020 is:

Once a part of Germany, this beautiful ancient Alsatian village has retained much of its original half timbered architecture with some beautiful buildings mainly traditional houses and farmhouses. It was already on the highly sought after list of “one of the most beautiful villages in France” and thus now has two coveted awards to its name.