The friendliness of the French people

We have always been welcomed with open arms here in the South of France by our French friends and neighbours. Contrary to what some people imagine, the French are more than happy that so many British people have chosen to make their country into their new home.

Having lived in the South of France for well over six years now, we very much feel a part of our French community. It is an absolute joy, and always has been, to mix in with the local people. We have truly been welcomed with open arms. I am often asked if there is any antagonism amongst French people to British people coming to live or owning second homes in their country. Neither we nor any of our expat friends have noticed any whatsoever and indeed, the friendliness of the French seems to be utterly genuine and heartfelt.

Language does not always matter in France; communication goes beyond the spoken word here!

Villages and hamlets in France are controlled locally by the mayor and there is a tremendous pride in the community, which may be one reason why feelings are amicable amongst all residents of whatever nationality. Indeed our own mayor has welcomed one of our British friends as one of his assistants, doubtless recognising that there are so many British people now in our village and wanting to make sure there is no divide between the French and the British.

One of our British friends works as a regular DJ in our local bar, which seems to thrill our French friends. His French is at best of the schoolboy variety. Language does not always matter in France; communication goes beyond the spoken word here! 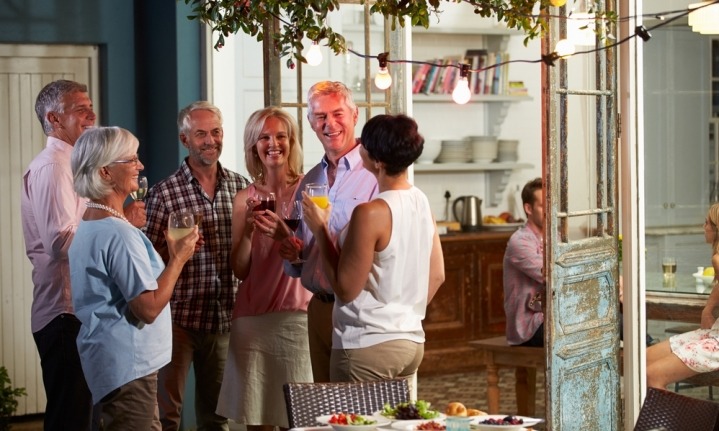 The laid back lifestyle in rural France may be the secret behind the warmth of the French people.

Helping each other – no matter the nationality

When we needed help shifting a cast iron bath into our house from the roadside a friendly French farmer offered us his forklift truck and was more than happy to do this himself. We thanked him profusely and he asked if he could have the box it had come in as he could use this to make some form of animal shelter. “Bien sur”, we said, delighted that we could offer him something in return. Would you believe that the next day this same French farmer returned to give us a bottle of local wine to thank us for allowing him to take the box! We truly thought it should have been the other way around as you can imagine.

Put aside any feelings of concern about not being welcomed into French life by your new neighbours and friends.

This story illustrates the simple warmth of the French, particularly in rural areas. We have often called on our French friends and neighbours to take care of Eddie and Alfie for us for a day or even overnight. They do not want anything in return. Naturally, we are more than happy to help out where we can, and isn’t this just how life should be in any community? The laid back lifestyle in rural France may be the secret behind the warmth of the French people. But whatever it is, our advice is to put aside any feelings of concern about not being welcomed into French life by your new neighbours and friends. Happy French living!