The cheapest homes in France

France has been tipped as the top place to buy an overseas home in 2017, and you don’t need to break the bank to do so.

Property-hunters in search of a real French bargain should head into the interior to the Indre department and neighbouring Limousin region – the two most affordable places to buy a house in France, according to the latest report by France’s official Institute of Notaries (Notaires de France). There certainly is very cheap French property for sale, but where can you find it?

The Notaires de France January report (which tracks the third quarter of 2016 – July to September) reveals that the median price for a resale house in Chateauroux, which is in the Indre, is just €100,000, making it the cheapest place in France. The second cheapest place is Limoges, the administrative capital of Limousin, where the median house price is €139,300.

The same report showed that Caen in Normandy’s Calvados department, has seen the highest house price rise. The median price was up 15.5 per cent year-on-year, reaching €216,000. This was followed by Chartres in France’s central Loire Valley region, where prices have jumped 12 per cent to €207,500.

Overall, the Notaires de France report painted a positive picture for France’s housing market in 2016. It highlighted that an estimated 843,000 property transactions were made in the year to the end of September 2016, representing a nine per cent rise on the previous year. Market conditions last year were driven by attractive interest rates, relative price stability in the major towns, the success of the Pinel scheme for investors in new homes and interest-free loans. In terms of average prices across France, the third quarter of 2016 recorded a 1.6 per cent rise compared to same quarter in 2015. This was a larger year-on-year hike than in the second quarter (0.6 per cent). 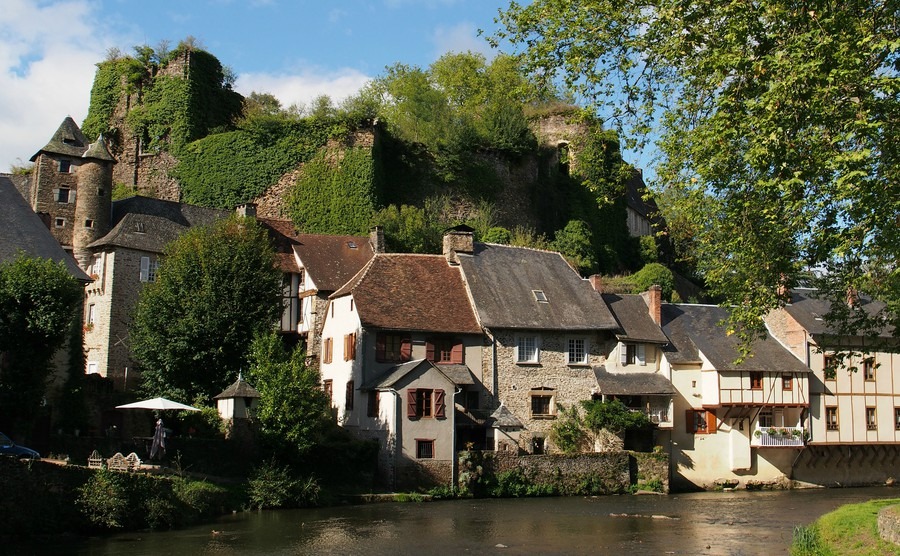 Homes in the Limoges, one of the least expensive parts of France.

Looking ahead to 2017, Notaires de France has forecast price rises of 2-3 per cent. One leading Anglo-French estate agency agrees, saying it expects the French property market to continue growing – both in number of sales and in average house prices.

Locals were pleased to see one local tearaway move away at the age of 16, but now Gerard Depardieu is Chateauroux’s favourite son!

You may wonder if, with such inexpensive homes, these are areas worth buying in. Chateauroux is in fact a historic town, based around a castle on the banks of the Indre river. The Brenne natural park is nearby, and two of France’s officially most beautiful villages are within an hour’s drive. Chateauroux has a population of 45,000, many of whom were pleased to see one local tearaway move away at the age of 16. Gerard Depardieu is now Chateauroux’s favourite son! 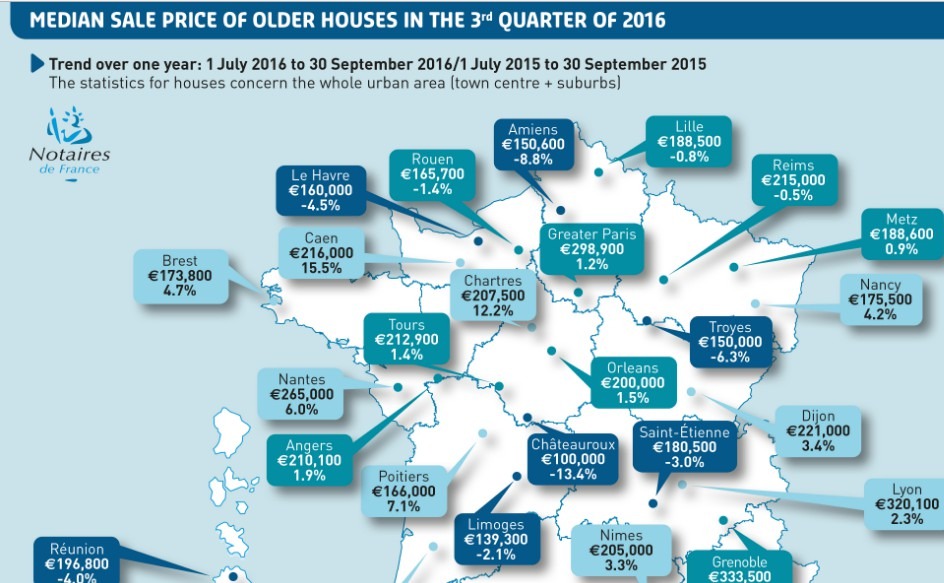 The Notaires guide to French prices

Limoges is just over an hour’s drive south, between two of the Linousin’s Natural Parks. It is much bigger, with a population of 140,000. Both towns are an easy drive from the channel ports, and if you leave London at 9am you can be in Limoges by train by 5pm – and what a pleasant day it would be!

Start your search for a bargain property for sale in France today!