The changing of the seasons in France

We love experiencing the changing of the seasons in France. They might not be quite as pronounced down here in the south, but they still present different opportunities and are quite beautiful in their own unique way.

As I write this down here in the Languedoc Roussillon, it’s the coldest day of the year and apparently the coldest it has been at the end of February since 2005. However, the sun is out and there isn’t a cloud in the sky or a breath of wind to be felt. After all, this entire region in southern France is known for basking in 320 days of sunshine a year. It beats trudging through the snow that’s falling back in the UK. 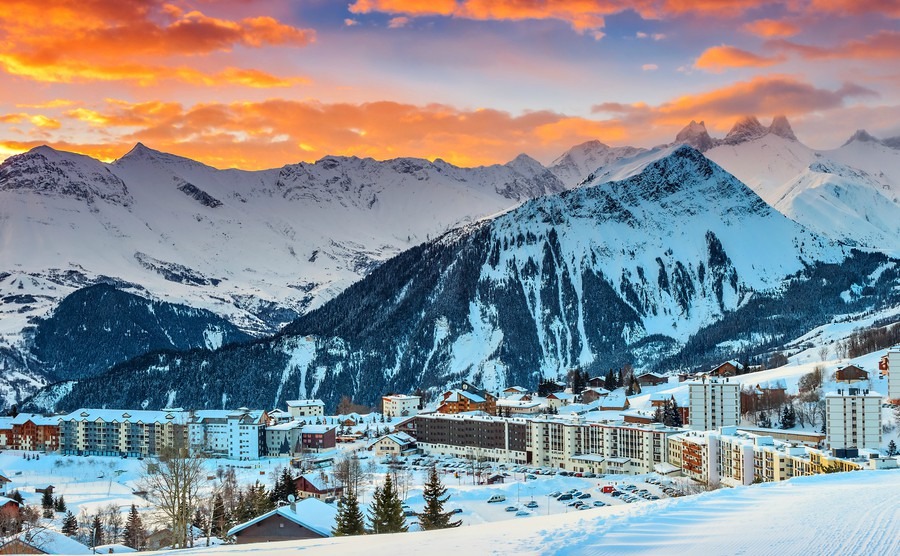 It’s stunning in the French Alps during the winter months

So what’s it like to live in France outside of the warmer summer months? There is no doubt that it can be very different in the winter, wherever you are in the country. In coastal resorts you will find some restaurants and shops either closed or open less frequently. Plus they are far less crowded. Although it’s quieter, you will find a lot going on behind the scenes, from fetes to art exhibitions.

You may drive through some villages and wonder where everyone is in the winter. People tend to get up early and get their baguette and croissants from the local bakery, then hibernate for much of the day, before venturing out late afternoon for an apero or coffee. Once living here you get used to the quieter atmosphere in winter, and as part of a community you will soon get to know about events which may not be so obvious to tourists.

The spring heralds a reawakening of France’s diverse landscape.

The spring heralds the reawakening of France’s diverse landscape, from the coast and countryside to the mountains, as birds return, flowers bloom and tourist numbers pick up. In areas like the Alps and Pyrenees, late spring turns the land from white to green as warmer temperatures melt the snow and ice.

Summer is a crucial period for the French economy. For example, the beaches in the south of the country attract millions of tourists to their sun-drenched sands and crystal clear Mediterranean waters. You’ll find yourself living a truly outdoors lifestyle during the summer months, whether you’re in the countryside, city, mountains or on the coast.

Autumn is particularly beautiful in rural areas, with the rich autumnal colours of the vines and trees. Many areas experiencing fantastic weather until October and November. The wine harvest or “vendange” takes place during the early part of the season. It tends to be on the early side here in the Languedoc Roussillon, whereas in Bordeaux and the Midi Pyrenees they tend to pick their grapes in October.

If you are ready to buy a home in France, Property Guides will be at Your Overseas Home. It’s a new style of property show, where those serious about buying can get answers to detailed questions and introductions to trusted lawyers, agents and currency providers. Click here to apply for FREE tickets to shows in Manchester and Glasgow this spring.