The big merger of regions in France

The beginning of 2016 heralded new change for France, with a new map being rolled out across the country. There has not been a great deal of publication about these plans outside of the country but it has been talked about a lot over the last couple of years in France itself and it is true: as of 1 January this year, France’s 22 regions have been whittled down to 13 in an effort to streamline the bureaucracy of this country.

As you may expect, the announcement of these changes in 2014 was met with absolute outrage; some even compared this to those who are forced to enter an arranged marriage! Of course the intense regional and historical pride that characterises France and its population.

As of 1 January this year, France’s 22 regions have been whittled down to 13 in an effort to streamline the country’s formidable bureaucracy

Some of these mergers do make sense though. Upper and Lower Normandy have become one region, Normandy, which may be a surprise to the tourists who have just presumed that this was already one region! The two neighbouring regions of Burgundy and Franche-Comté are now one – bringing wine and cheese together! Burgundy joins forces with its eastern neighbour, Franche-Comté, making a beautiful match on the wine and cheese front.

Picardy, which many British tourists don’t really clock as they hurtle down the motorway to the South every summer, has now been joined with Nord-Pas-de-Calais. While the Champagne-Ardenne now forms an expansive region with Alsace and Lorraine. Moving further south, Limousin, a small region where the cheapest property can be found, is now part of Aquitaine and Poitou-Charente, while nearby Auvergne is now part of the Rhône-Alpes. 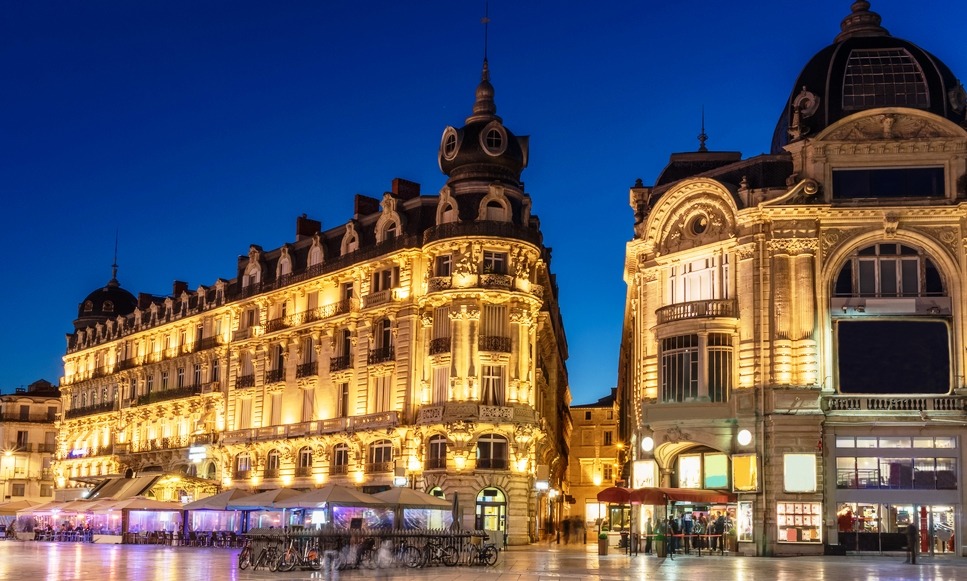 Montpellier has lost is status as a regional capital in the Languedoc-Roussillon-Midi-Pyrénées merger.

Occitan-speaking Languedoc and the Catalans of Roussillon where we live are joined by Gascon-speaking Midi-Pyrénées, just to add to the dialectical fun. This is now something of a mega-region, since the Midi- Pyrénées was before the largest of France’s regions. This new merger contains two of France’s most dynamic and fastest-growing cities, Toulouse and Montpellier, but it’s the latter that has lost its status as a regional capital, though no doubt will not lose its popularity: it is a young, beautiful and vibrant city.

As for names, these are not quite set in stone as yet. The new regions have until July to come up with names to replace the rather long-winded ones of Languedoc-Roussillon-Midi-Pyrénées, Alsace-Champagne-Ardenne-Lorraine, Aquitaine-Limousin-Poitou-Charente etc.

Suggestions for the Aquitaine amalgamation include just plain Aquitaine – not likely to please its neighbours who are keen to hold on to their identity. Similarly with Languedoc: the idea of calling it Occitanie wouldn’t go down very well among some Catalans near the Spanish border, who are already calling for a split from the new mega-region.

Provence-Côte-d’Azur is often shortened to PACA but this phrase probably means not much to anyone outside the region itself. We have heard that the Alsace-Champagne merger could end up being Acal or Grand Est.

There are, of course a few regions have escaped without change, such as Brittany, Ile-de-France, Provence-Côte-d’Azur, Pays de la Loire, Centre and (of course) Corsica.

But what does all of this change mean for those of us who live here in France, and those who love to visit? At the moment it is hard to know who is going to benefit from these changes – apart from the stationers and graphic designers who will have to design and print new logos! It’s unlikely that many heads will roll as a result of this, especially as public sector jobs are protected… so there’s not even any cost-cutting involved!

It is probably just going to be a question of time to see what these new mergers will mean for us all but our guess is that France will remain ever popular for us British people as one of the most beautiful countries to visit and live in.