The best places to buy property in the Pyrénées-Atlantiques

The Pyrénées-Atlantiques is a department of the Nouvelle Aquitaine region and lies at the extreme south west of France. One of the most beautiful departments in France, it was originally named the Basses-Pyrenees and was one of the first of the 83 departments created during the French revolution.

This wonderful region benefits from the fresh Atlantic sea air, being close to the mountains and a hop, skip and a jump to Spain. Its prefecture is the lovely town of Pau, which is well worth a visit.

There are some lovely and very picturesque villages and towns in the Pyrénées-Atlantiques, perhaps the most famous being Biarritz which still holds a certain cachet as being a glamorous resort that attracts visitors from all over the world. The area appeals to lovers of the outdoors with its mountains, sea and breathtaking nature. It is notable for its historical interest too. Many Parisians own second homes here; it has easy train and road connections to Paris and the north of France.

We have sourced four charming towns in and around the Pyrénées-Atlantiques in which to buy property. All offer beauty, history, plenty of sunshine and a truly southern French way of life. Tip: take a look on the outskirts of each town for some other great villages with cheaper property prices!

Where to buy property in the Pyrénées-Atlantiques

Oloron Sainte Marie is a stunning small town of around 11,000 inhabitants situated just south west of Pau and only 50 kms from the Spanish border.

It dates back to the first century when it was founded by the Romans. Located where the two rivers – the Ossau and the Aspe – meet in the town, it boasts numerous historical monuments. Three of the most beautiful are the Sainte-Marie Cathedral with a fabulous entrance door dating back to the 12th century, the Sainte-Croix church dating back to the 11th century and the Notre-Dame church built later in the 19th century. 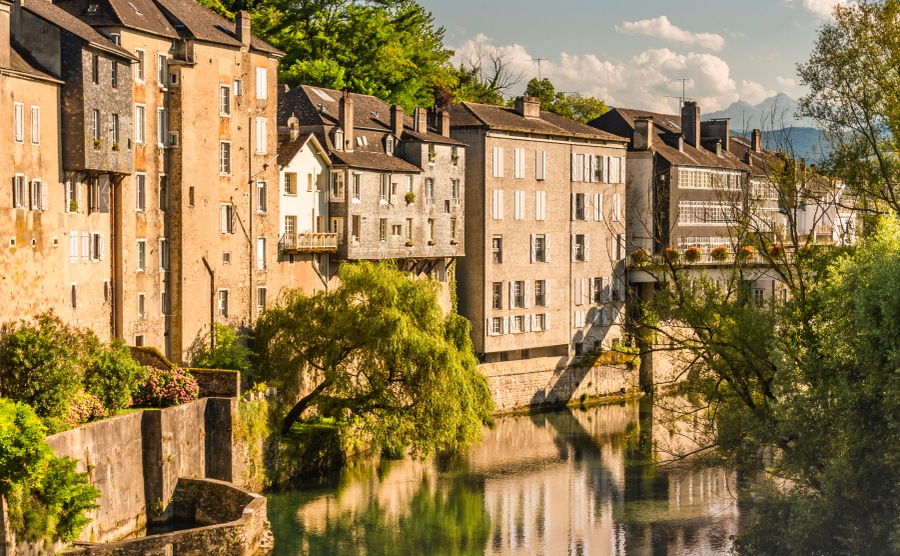 Oloron Sainte Marie is a stunning small town of around 11,000 inhabitants

Don’t miss the beautiful houses dotted around the Place de la Cathedrale where you can also relax with a drink at one of the pretty little cafes.

You will find a good choice of property here ranging from small older houses needing renovation from around €75,000 to farmhouses, villas, manor houses and chateaux ranging from anything between €250,000 to €2 million and more!

Saint Jean de Luz is just 20 minutes’ drive away from Biarritz and is a delightful, largely unspoilt, beach resort. Less touristy than its glitzier neighbour, it is filled with ancient timber-framed Basque houses. Many of these homes date from the 17th century when this was one of the largest fishing ports in the country.

The town has a fascinating history, particularly in relation to its piracy in the 17th century: pirates would look out for enemies on the ocean. It was then, as now, a popular, vibrant beach town. 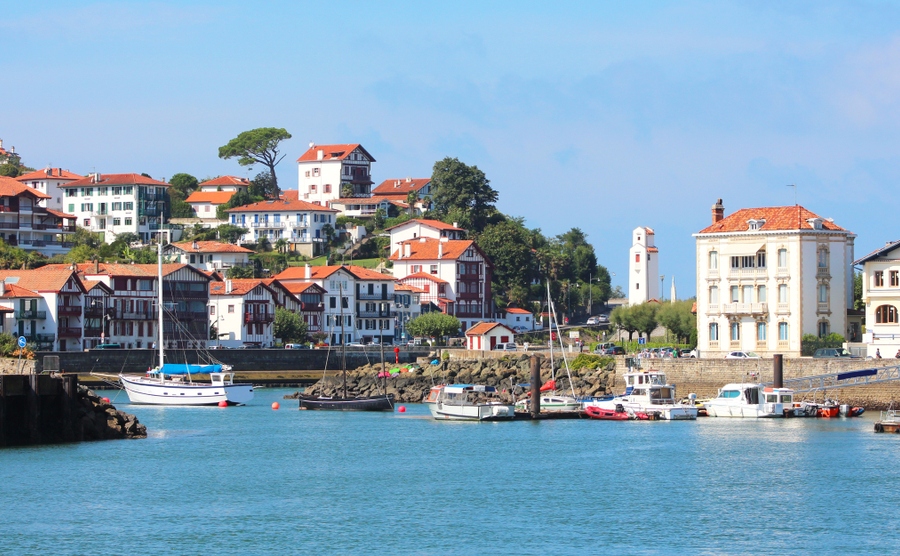 The main beach “la grande plage” is a lovely crescent beach with beautiful views and plenty of places to stop by to eat and drink. There are several other sandy beaches too, all offering water sports and safe bathing.

Property prices are higher than average here since this is a prime location and right on the coast. However, it is slightly more reasonable than its neighbour, Biarritz. A budget of around €300,000 will get you a nice apartment with sea views.

Anglet is a beautiful seaside resort with 11 beaches behind which are over 200 hectares of forest. It has a good selection of cafes, bars and restaurants in its centre and is an absolute haven for outdoors enthusiasts: surfers, swimmers, walkers, cyclists etc. There is a lot going on in the summer here in terms of fetes and concerts. 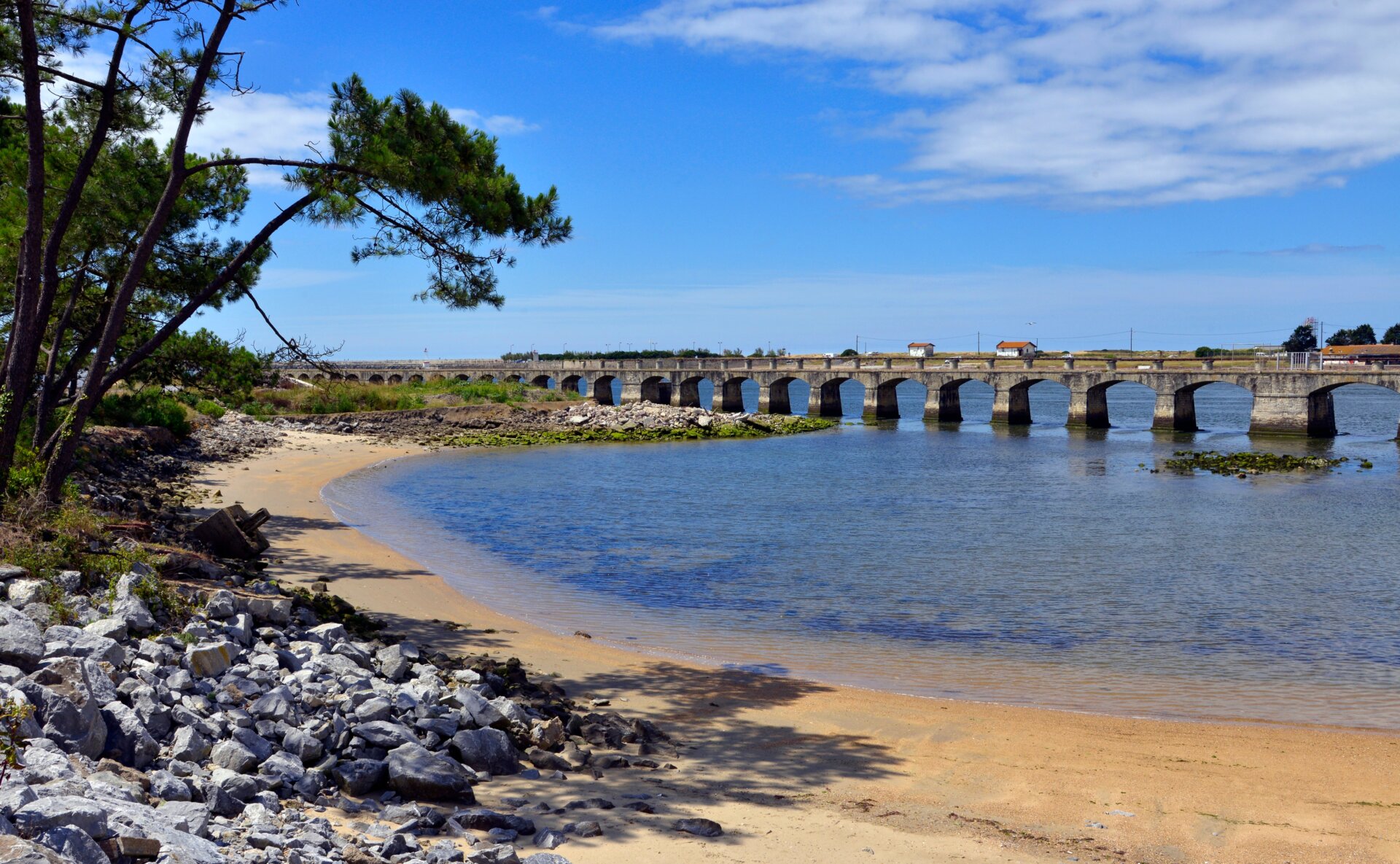 Anglet is a beautiful seaside resort with 11 beaches

The centre of town features a lovely open area where you can see the church and mairie and admire the beautifully kept public gardens.

Again, property prices are higher than average here. A budget of at least €300,000 should find you an apartment, but you will need at least €500,000 for a house with garden. A good tip is to look slightly inland from Anglet where you will find a lot more for your money.

Bayonne is an incredibly pretty town situated just six kilometers from the Atlantic Ocean. It is the capital of French Basque Country and the remnants of the ancient ramparts from medieval times are still there to see at the edge of the old town.

It is full of beautiful timber and stone houses, and there are plenty of restaurants nestled along the riverside on the old cobbled streets. Part of the old town is now pedestrianised. It has a busy and very friendly atmosphere and is very popular with the French in the summer months. 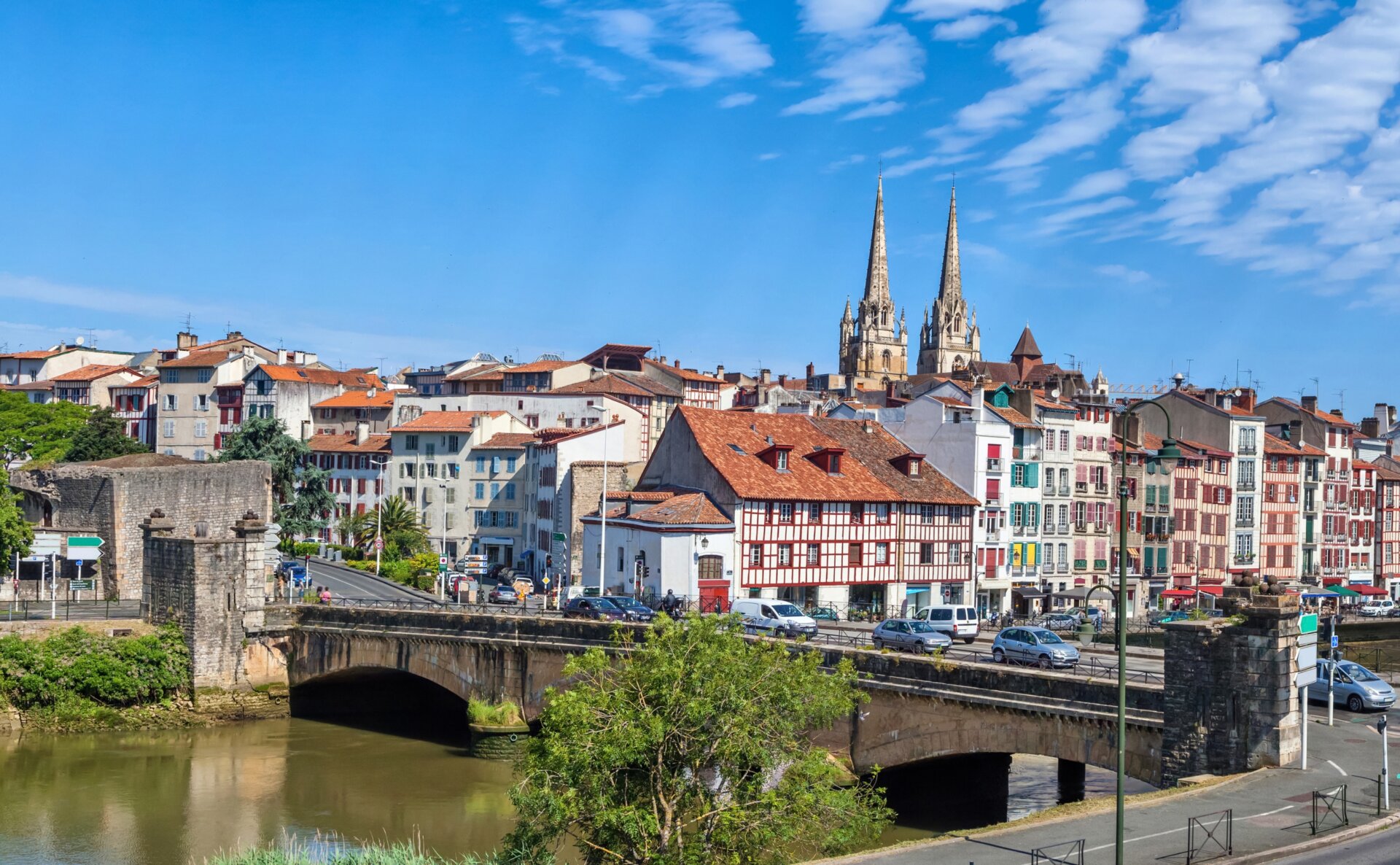 Bayonne is an incredibly pretty town situated just 6kms from the Atlantic Ocean.

There are plenty of lovely apartments with balconies available in and around Bayonne starting from around €220,000. You will need at least €400,000 for a house here. However, as with the Anglet and Saint Jean de Luz, any property purchase here will prove to be an excellent investment and the rental market is strong in this entire area.

The climate throughout the Pyrénées-Atlantiques is oceanic which means warm summers and cool, though not freezing, winters. It is also far less dry and hot than the Mediterranean with a fresher feel to the air for much of the year. Although we are currently seeing extreme temperatures in much of Europe, there is generally less of a contrast between the summer and winter months temperatures here. The area has enormous appeal for sports and outdoors enthusiasts as it is thought to have a somewhat more reliable climate than other parts of the country.

Get in touch with expert estate agents, currency specialists and lawyers – your ‘Golden Three’ – today to kickstart your buying journey in France.

Accessibility from the UK

There are regular flights from the UK to Biarritz, Pau and San Sebastian in Spain. By train, take the TGV from Paris straight down to Biarritz which takes around 5.5 hours and is a lovely ride!

The Pyrénées-Atlantiques is a stunning department offering both historical interest and fine beaches and gastronomy. Its proximity to Spain makes it extremely appealing and although property is not the cheapest in the country, there are still some wonderful places to buy not far from the coast either as a permanent or second home.