Spotlight on the South: The rich and exciting history of the Cathars

When driving around the winding mountain roads and rugged countryside of the Languedoc Roussillon, you cannot help but notice the extraordinary ruined monument, built by the Cathars

The Cathars were followers of a rival church in early medieval times, who dismissed the riches and ceremony of the Catholic church in favour of purity and equality. Catholics at the time named the Cathars as nothing short of heretics.

Today, we can see for ourselves the legacy of the Cathars across the region.

During the 11th Century, there were many Cathars spread over Europe, but they flourished in the Languedoc Roussillon, leaving behind their incredible legacy. They became popular amongst many people from all walks of life and by the 13th Century, but this led to enormous battles and crusades, whereby the Cathars were forced to convert to Catholicism or else were massacred, often being burnt at the stake. 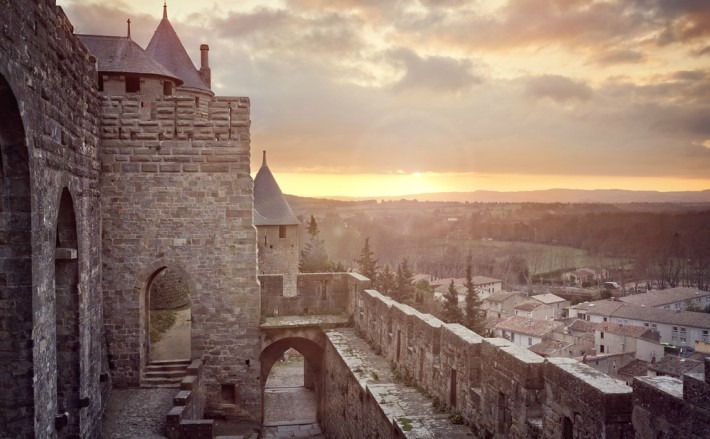 The Cathar history is rich and spreads across the Languedoc Roussillon.

Today, we can see for ourselves the legacy of the Cathars across the region. Numerous ancient hilltop monuments remain, such as the Cite of Carcassonne, Minerve, Peyrepertuse and Queribus. Many people simply stand and stare at these fine remnants of one of the cruellest times in history, aghast and incredulous at the fact they were all built so long ago – and that they remain to this day. How they even managed to climb to the tops of some of the hills here remains a mystery, let alone how they actually went about building such monuments. The general feeling now is one of massive admiration for these people who believed so strongly in their cause that they went to such enormous lengths to show this. How could they possibly have known that hundreds of years later, people would stand in awe at their might and determination?

The Languedoc Roussillon continues to be popular for so many reasons: its beaches, climate, pretty villages, rivers and mountains. But the history here is also incredibly rich, and no visit to the region would be complete without visiting at least one of the ancient monuments.

No visit to the region would be complete without visiting at least one of the ancient monuments.

Minerve in the Hérault department of the region has officially been labelled as one of Les Plus Beaux Villages de France (the most beautiful villages of France). It really is an astounding place; you can follow a winding road up the valley with the river Cesse down below. This is a wonderful sight and one of those places that makes you want to linger and soak up the history. The Cathar history is not as strong here as in other parts of the region, with just the candela (a single slender octagonal tower) remaining, but you can also enjoy the little cobbled streets, now flanked by tiny cafes and shops.

The Cathars have truly left behind such a legacy for locals and visitors to appreciate in this lovely part of the South of France.