With the Football World Cup now at the knockout stage, and as I write this both France and England still strong contenders for the title, it is hard to ignore football fever here in France. Almost every bar, café and  restaurant shows the matches and the French are a fiercely patriotic nation. Everywhere you look these days you see the French flag and signs of “Allez les bleus!”.

Any sports lover will feel right at home in France. But what are the most loved sports?

Football is the most popular sport here. Did you know it was imported from England towards the end of the 19th century? And they’re not bad at it either. Some of the best players in the world are French: the likes of Paul Pogba who plays for Manchester United and Antoine Griezmann who ply’s his trade in Spain for Athletico Madrid.

France even lifted the World Cup on home soil in 1998, were crowned European champions in 2000 and finished as runners up at the 2006 World Cup.The county’s top division, Ligue 1, is one of Europe’s premier competitions. And with top teams dotted across the country you won’t struggle to find a local club for your footy fix.

Football is the most popular sport

Cycling is synonymous with France thanks to the world’s premier multistage bike race. Held every July, the Tour de France sees the best road riders in the business battle it out across 21 stages over a three week period for the coveted yellow jersey. The tour, which winds its way through some of the country’s most stunning scenery, has inspired the French to take cycling very seriously. They like nothing better than channelling their inner Chris Froome, donning their Lycra and hitting the roads. For the amateur cyclist there is plenty to enjoy in France. What could be lovelier than taking a leisurely cycle through any part of France’s wonderfully diverse landscape, stopping for a picnic and discovering new villages? 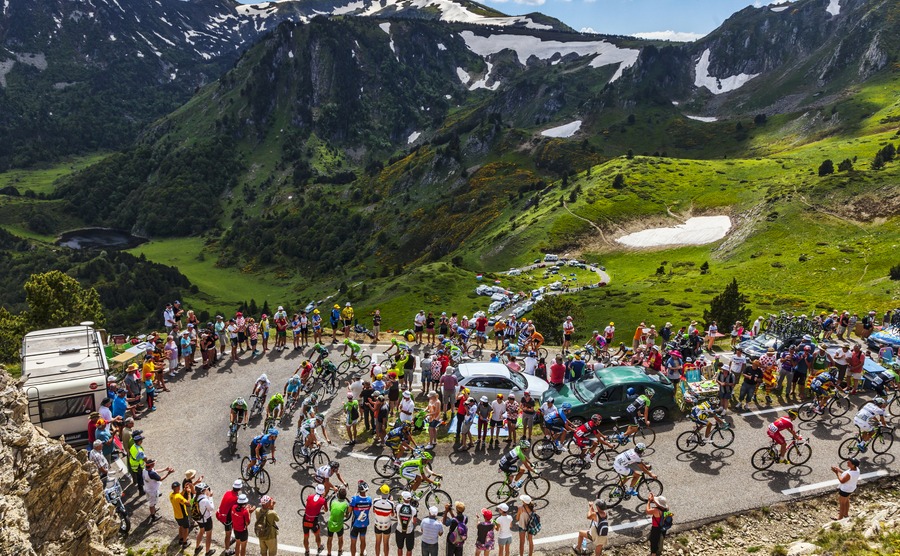 Tennis is also hugely popular in France. The French Open is one of the sports four Grand Slam tournaments. Held over two weeks between late May and early June at the Stade Roland-Garros in Paris, it’s the premier clay court championship. If tennis is your bag, you won’t have any difficulty finding public tennis courts in many French towns.

Like football, rugby union was introduced to France by us Brits back in the 1870s. It’s especially popular in the southern half of the country, particularly in our neck of the woods, the Languedoc Roussillon. Here you’ll find top teams like Toulouse and Montpellier who compete in France’s domestic league, the Top 14, which is widely regarded as one of the best in the world. If you purchase a pad a little further north you’ll be glad to hear that the national team play all of their Six Nations fixtures at the Stade de France in Paris.

Fishing in France is a great pastime if you’re seeking a more sedate activity. France is one of the world’s finest fishing destinations, with a huge choice of locations from the Mediterranean and Atlantic to the many lakes and rivers. Carp fishing is very popular, particularly in the privately stocked lakes which are generally managed by the owners, perhaps unsurprisingly many being British.

We couldn’t leave skiing and snow boarding off a list of sports the French love. And with world-class resorts in almost every valley in the Alps, who can blame them? From Brit favourite Val d’Isere to the world’s most luxurious resort, Courchevel,  you’re spoilt for choice when deciding where to invest on the French slopes.