Should you make the move to France permanently?

How do the seasons differ in France and will it suit you year round?

France is still one of the most popular countries to live in for us British people. We have many British friends living not only in our area but in our village and many also who have second homes here. Many are sorely tempted to up sticks completely from the UK and move to France permanently, but dare not quite take the plunge.

One of the loveliest things we have found about living in France is the feeling of being part of a community, almost as if we are one big family.

If you are one of these people, you may well be interested to hear how it really is living here all the time, warts and all.

We have lived here for seven years now. There have been times when we have missed the familiarity of our home country, when we have cursed the fact that many shops close between 12 noon and 2pm and when we have longed for a country pub and a true British roast. But the longer we are here, the more we love it and indeed notice the changes in the UK; how very crowded it is and how people seem to be more stressed. 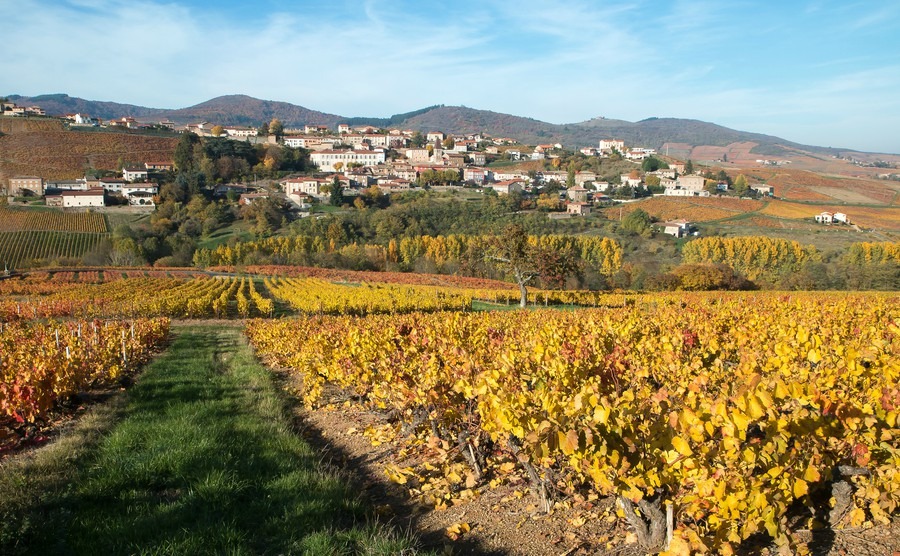 Beaujolais in autumn, when the welcome is even warmer

Visiting France and in particular the area which you love the most in the winter months is vitally important. Living somewhere and being on holiday there are two very different things. France has some wonderful towns and villages but life can be very different in winter from the summer. Many areas rely largely on tourism and tourists just don’t come so much in winter, so many restaurants and cafes may not be open out of the busy season. The atmosphere is much quieter. Flights are also not quite as frequent, although there are far more flights to and from regional airports than even just 10 years ago.

One of the loveliest things we have found about living in France is the feeling of being part of a community, almost as if we are one big family. There is a certain pride in the thought that this is now our home and we somehow feel as though our French friends embrace this pride too. We have not met any feeling of hostility at all, quite the contrary.

We have not met a single British person living here in France who regrets their decision, although some say that for the first year or so they felt a little like a fish out of water.

Something which is important to bear in mind is the fact that many villages, although they may seem quiet off season, actually have many activities going on all year round. When the nights are longer the fetes, exhibitions, concerts and festivals still happen, it is just that they happen indoors and are not always well advertised (the French are not known for their marketing skills we have found!). You will normally find just as much activity as you would like, but you may have to make an effort to find it. Any village and any community will offer you whatever you are prepared to put in.

We have not met a single British person living here in France who regrets their decision, although some say that for the first year or so they felt a little like a fish out of water. Moving abroad anywhere does take some courage but if it is something that has been on your mind for some time, as it was with us, take our word for it, it is definitely worth taking the plunge!