If you’re looking for a more adventurous lifestyle, a holiday home or relocation to France could be just the ticket. As well as the familiar pleasures of markets, beaches and fine dining, there will be exciting days out on your doorstep. Here we suggest a few great days out in France.

Long days, sunshine and downtime. Summer is the perfect time to take advantage of some of the magnificent days out in France. And this fabulous country has much to offer. Whatever your interests, there is nothing better than getting out and about and mingling with the crowds at one of these special events.

Fancy stepping back in time to feel what it was like to be part of another era? If so, Puy de Fou is without a doubt one to visit.

Receiving more than 2 million visitors a year, it’s rated as one of the most popular attractions in France. And deservedly so. And not just for tourists either. The French flock there in droves to be a part of this amazing event year after year. The sheer scale and atmosphere of this attraction simply needs to be seen to be believed. It’s no ordinary theme park by UK-standards, Puy De Fou offers a number of back to back spectacular shows and immersive environments set within acres of stunning wooded parkland. And they do it day and night. 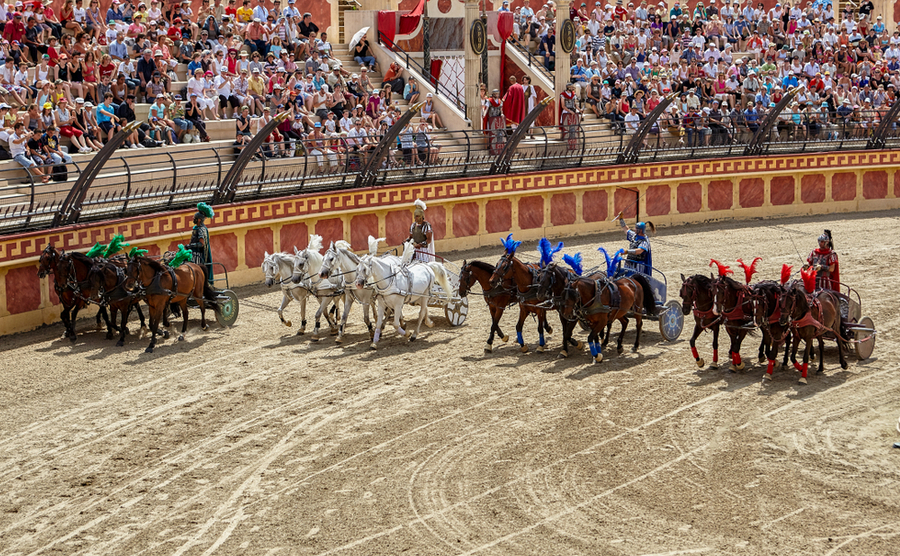 A chariot rate at Puy do Fou (Alexey Gorshenin / Shutterstock.com)

If dancing horses, Viking ships, jousting, falconry or the escapism of simply being transported to another world floats your boat, this is the place to be. The culmination of huge crowds, high octane excitement, live actors and dramatic storytelling alongside the atmospheric music creates a tantalising treat for the imagination. Expect many surprises and thrills along the way. Should you feel the desire to stay longer, treat yourselves to a break in one of the themed, on-site hotels.

And all this, a pretty impressive result of imaginative creation of a then 27 year old student (now a politician) who simply fancied putting on a bit of a show!

If flying through the air with the greatest of ease inspires you and you happen to be in the Charente looking for great days out in France, this is one not to be missed. The European Balloon cup held every two years, is a five-day long competition, held in the skies overlooking the beautiful department of Charente. Bringing together over 50 hot air balloons from over 12 countries, the show creates an explosion of colour in the skies. 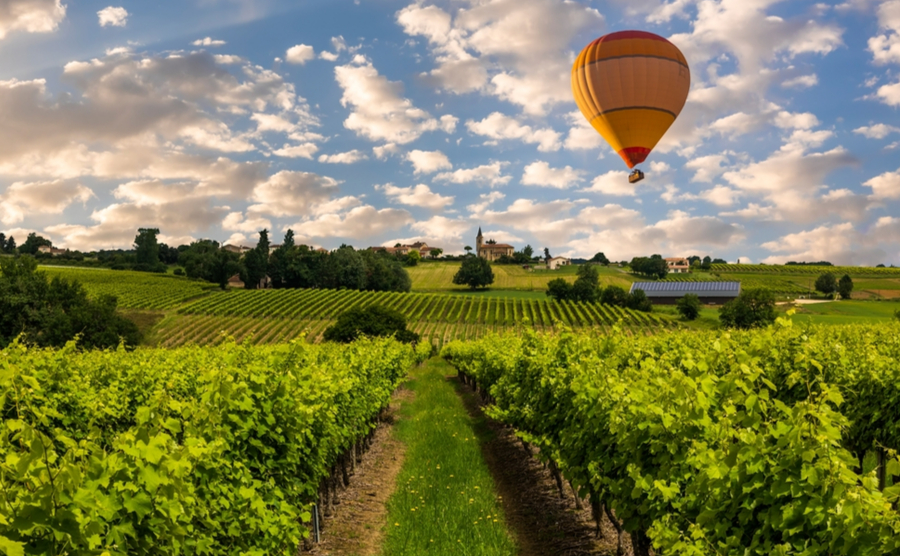 Could there be a better way to see France than a balloon?

By day, balloon flights across the Charente countryside, accompanied by an air show showcasing both acrobatic flights and vintage aircraft. And by night, a hilarious Cabaret entertains your evening and is topped off with a spectacular firework display. It’s one of the best value for money days out in France, with free entry for children. It is far too easy to while away the entire day here looking up into the skies above. And the simultaneous take off sees many hot air balloons in flight at once is a rare sight indeed.

If you’re looking for days out in France that focus on art and culture, then look no further than the wonderful Festival d’Avignon. It’s one of the oldest festivals in France founded in 1947 by Jean Vilar. The festival proudly showcases music, theatre dance and cinema, and is a must for lovers of the arts. 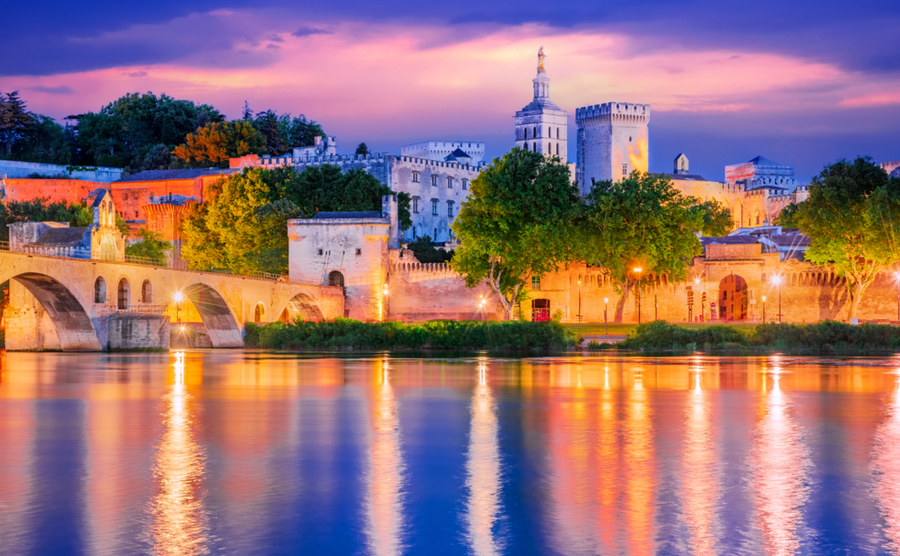 With venues dotted around the entire city presenting performances, it transforms Avignon into a theatre. and for a month provides access to contemporary culture. The aim is to spark discussion and debate amongst spectators.

Regarded as one of the most important festivals for contemporary arts, Avignon features established performers. But also acts as a springboard for debuting performers to launch themselves, and go on to become real stars of the future.

For opera and classical music lovers seeking days out in France, the delights of Les Choregies D’Orange are a real treat for both the ears and the senses. Each year, this event entices more than 50,000 people to the French department of Vaucluse, in the Provence-Alpes-Cote D’Azur region of France. And there’s also is a much-loved festival for those wanting to see some of the great names in contemporary music perform.

Created originally in 1869, this event is held annually throughout July and August, in the beautiful commune of Orange. Classical music and popular operas are performed against the impressive backdrop of the Roman theatre, which houses up to 9,000 music lovers at a time. As its success has increased, many international big names now jump at the chance of appearing here.

We couldn’t talk about days out in France without mentioning this, could we? One of the most popular sporting events worldwide. Wherever you find yourself in France during July, you are probably not that far from being able to catch even a fleeting glimpse of this spectacular event. Since its creation in 1903, the race consists of a total of 21 stages, each lasting a day over the course of a 23-day period. 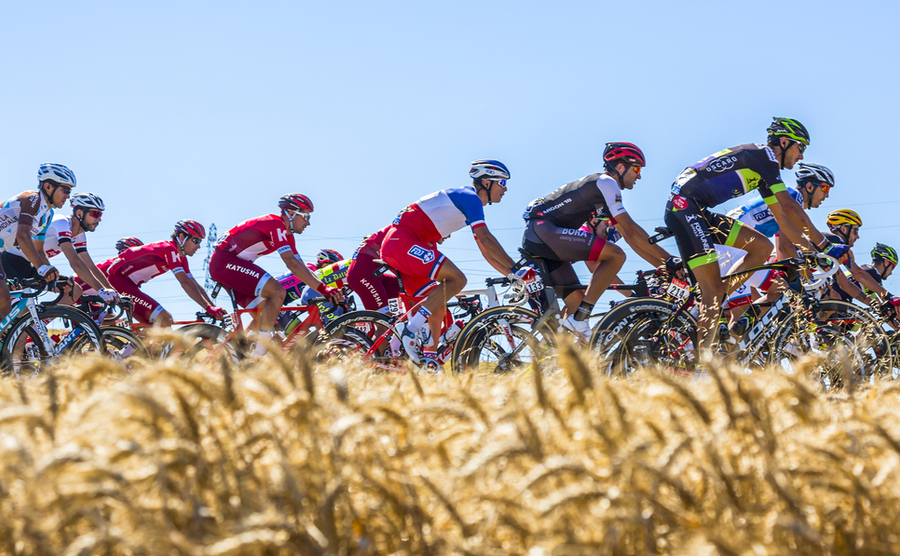 The sights (and sweat) of summer in France (Radu Razvan / Shutterstock.com)

While the route changes annually, providing new and welcome opportunities to visit undiscovered wondrous places, the final contested sprint always take place along the famous Champs-Élysées in Paris. For cycling fans, this is undoubtedly the sporting highlight of the year. And for anyone else, it’s certainly an impressive sight to behold.

And finally, if you’re looking for both historical and festive days out in France, then look no further. Created in 1996, this festival consists of shows, stalls, parades and street theatre designed to boost tourism and showcase the heritage of Sedan. Held around the imposing Chateau de Sedan, this festival truly brings the Middle Ages to life in France. 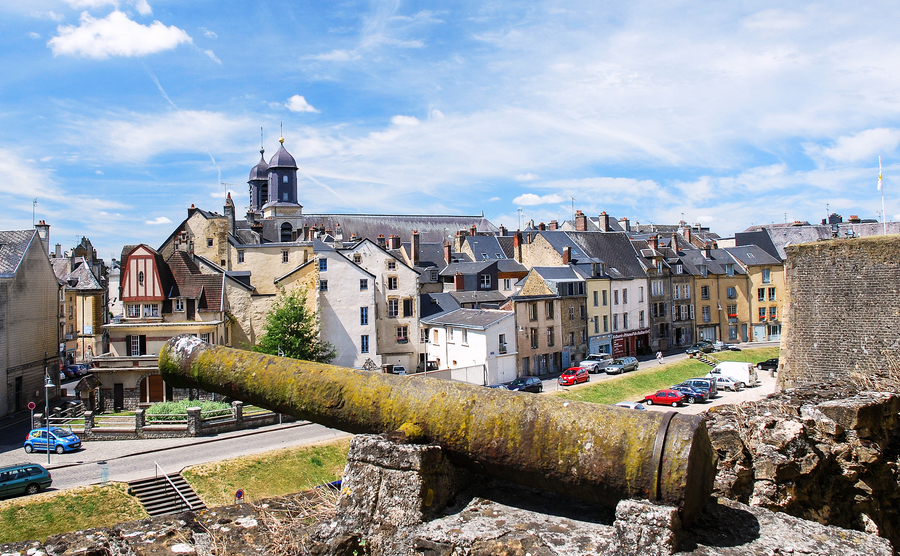 A number of exhibitions demonstrate medieval cooking, medicine and surgery. And a children’s area dedicated to medieval games as well as a mini farm, the entertainment is never-ending. There’s jousting, sword fighting, banquets and parades everywhere you turn, plus an array of stalls and souvenirs. A great day out for all the family, this is a very popular festival with the French and highly worth a visit.

So if you’re looking for spectacular summer days out in France, as you can see, you certainly won’t be disappointed. Get the family together or rally your friends to create treasured memories that will last a lifetime!