Ooh la liste! French chefs are back on top!

A newly released guide, La Liste, claims to be an objective assessment of the best chefs and restaurants in the world. It gives France 113 restaurants in the top one thousand while the UK gets just 31. It’s a strong hint as to which country has the best food, says our French correspondent Alexis.

If you should happen to be anywhere near the Monnaie de Paris, France’s national mint within a brioche’s throw from the Pont Neuf, see if you can get a bite to eat at Guy Savoy. You might need to book in advance though, as it has just been announced as the best restaurant in the world by La Liste, [LINK: ] the new online ‘aggregator’ of food guides and reviews that claims to be the most objective restaurant assessment in the world.

We live within half an hour of no less than eight Michelin-starred restaurants.

La Liste has just announced its ratings for 2017 and France is most definitely back, with 113 restaurants in the top 1,000. This was behind Japan (117) but ahead of China (100) and way ahead of ninth place Britain with 31. The top-placed British restaurant was Gordon Ramsay in 41st place, and there were 14 French restaurants ahead of him! 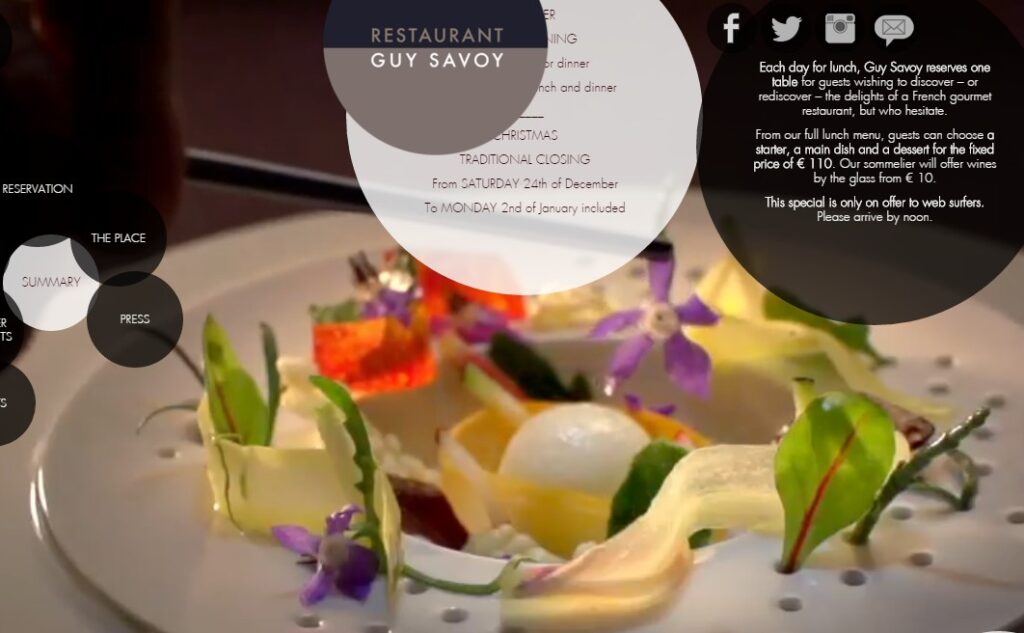 Okay, the guide might be a little biased in favour of the French, given that it was set up by the French government, but even so, eating and drinking have always been taken seriously in France and many of the world’s top chefs are French. The French love to linger over their food and wine, often taking several courses spread over several hours, the generations mixing and everyone relaxing. We live within half an hour of no less than eight Michelin-starred restaurants. One of them (a three-star no less) lies in a tiny village called Fontjoncouse with no other amenities and yet is always full, which seems to show that there are plenty of folk who set great store by having a top class meal in France, whatever the cost.

Breakfast is light in France: often simply a croissant or baguette with jam and a bowl – yes a bowl – of coffee in which to dip it. Lunchtime is different from the UK, particularly in villages where working folk will still pop home for a sit down meal rather than grabbing a sandwich on the run. The evening meal involves the whole family and it is not common to sit in front of the TV. Eating is a joyous social occasion where people chat, laugh and debate.

A simple starter, followed perhaps by a piece of meat, then salad again on its own and then possibly pasta and after this, cheese

When I first came to France to stay with my penfriend at the tender age of 11, I remember noticing how there were sometimes as many as seven courses with individual foods being eaten separately. Very different from what I had experienced as a child at home in the UK where everything is piled on to one plate. My penfriend’s mother would serve a simple starter, followed perhaps by a piece of meat, then salad again on its own and then possibly pasta and after this, cheese. The same plate would be used for it all, only changing for dessert. This way of eating has changed in France since those days although often the number of courses has not.

The French pride themselves on only eating fresh ingredients usually locally grown. Shopping in markets is very popular across the country and no-one bats an eyelid at customers prodding and squeezing vegetables and fruit to make sure they are just the right side of ripeness!

Wine is not normally drunk as an aperitif but rather along with the meal. “Aperos” are fun times too though with all sorts of drinks being offered in bars. The French don’t drink to get drunk: they drink to be convivial. We have noticed a great difference in the habits of the French and definitely prefer the French way.

Of course Christmas means extra special food with foie gras, oysters, goose and venison frequently on restaurant menus. Oh and a glass of champagne will be there too naturally: the real stuff grown in France, nothing else!