Merger in the south of France dents Catalan pride

A regional renaming in south-east France has put the Catalan nose out of joint. But you can’t keep a Catalan down for long, they’ll probably turn the event into a party.

We live close to the Spanish border in an area sometimes known as Catalonia, which straddles both sides of the border. There are around 450,000 French Catalans, largely based around the city of Perpignan which was a strong fortress in medieval times. The Catalans are a proud people, with their own language; a rough mix of French and Spanish.

A demonstration has been planned in Perpignan in protest.

Now that France’s regions have merged, the areas of Languedoc Roussillon and Midi-Pyrenees have been renamed Occitania, or Occitanie in French. It’s a vast area and it encompasses French Catalonia. The name change has caused some concern locally and so on 1st October, when the name is officially adopted, a demonstration has been planned in Perpignan in protest. Why? Because Occitanie actually refers to the ancient language of Occitan which does not seem to embrace the Catalans, hence the rift. 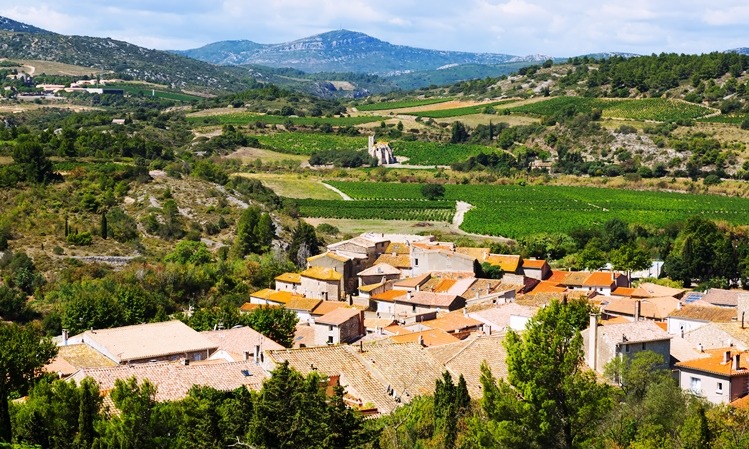 The Catalan people will continue to show off their own culture and history, no matter that the name Occitanie looks like it will stay. Their pride shows itself in its continued traditions. We were in Barcelona at this time last year when the festival “La Merce” is held. Alongside this is the “Correfoc”, or fire run, which celebrates the battle between good and evil. Groups of “devils” dance to a thumping drumbeat while pushing giant animal lookalikes through the streets. It’s a real spectacle, with fireworks being lit on pitchforks!

Then on New Year’s Eve children in northern Spain go and search for “L’home dels nassos” or the man with the noses! It is said he has as many noses as days in the year and is represented by a massive figure called the “capgros”. It seems as though any ancient legend will be brought to life by the Catalans.

Festive traditions really are part of the charm of this superb area.

These festive traditions really are part of the charm of this superb area and many people on both sides of the border want the Catalans to retain their individual identity.

The new areas in France have caused some disputes throughout the country but in our local area it is complicated by the wish of the Catalan government to split from Spain. Everywhere you look in Barcelona and Girona you will see the Catalan flag rather than the Spanish one, hanging high out of windows in many homes. It seems that now, the Catalan identity has raised its profile even more.

Whichever side of the border you’re on, Catalonia has so much charm and the Catalan people are not shy when it comes to showing themselves off. It is a fascinating culture which we hope will stay strong many centuries to come.