Greetings and goodbyes can be awkward affairs in Britain. In France they have this down to a fine art, including the required number of kisses.

The word tradition comes from the Old French word tradicion, which is rather appropriate as the French have a long history of traditions, many of which are quite charming and are still very much in evidence today. They have retained the rather charming tradition, for example, of either shaking hands or kissing each other on meeting, depending on how well you know someone. Oh, and it is always two kisses, one on each cheek, unless you are in Paris which traditionally has four kisses.

It really does seem that the French have the work/pleasure balance down to a fine art.

In rural France it is the norm to say “bonjour” to everyone you meet, either walking by or in local shops. This applies not only to the shop owner but your fellow customers who happen to be in there too. Depending on the time of day, as you leave it may be “bonne journee” or “bonne fin de l’apres midi” or “bonne soiree”. Don’t worry if you get this wrong by the way, the important thing is to address people and be friendly. No-one minds mistakes.

There remains a formality in France when writing letters. It is common to start with “Monsieur” or “Madame” for example, leaving out “cher” or “chere”. The ending of letters used to involve a great long sentence assuring people of your kindest sentiments. In recent years however, much shorter versions of this are acceptable and a simple “cordialement” will suffice. 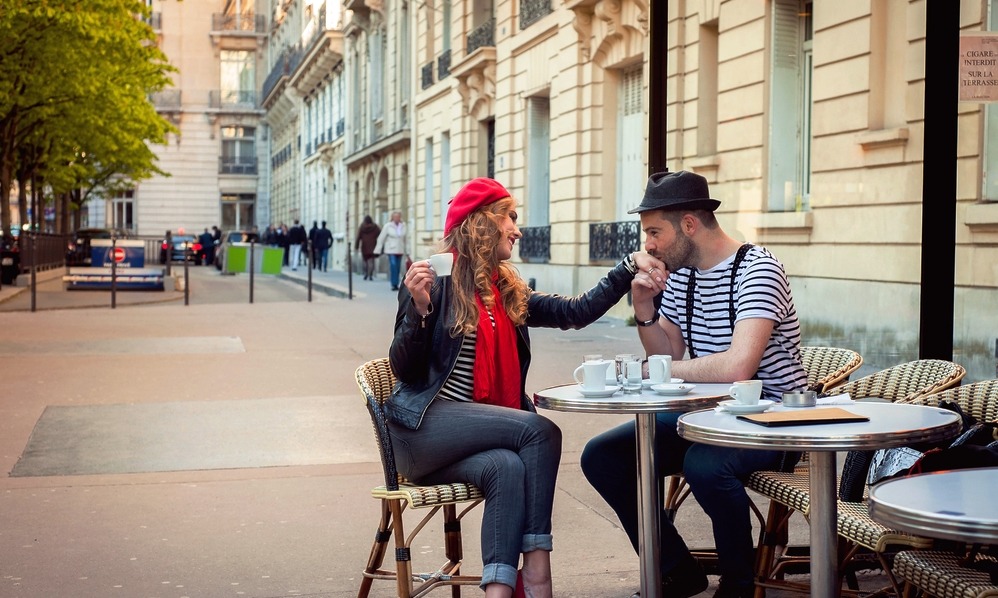 There are two forms for “you” of course, “vous” and “tu”. As a general rule stick to “vous”. Wait until your new found friends address you as “tu” before adopting this style. However, you will always use the “tu” form to children and animals.

When you are invited for an evening meal in France, it is fine to take wine. Flowers are not normally offered and nothing is actually expected since the thinking is that they have invited you and do not expect anything to be brought. Watch out for any invitation to an “apero” in the early evening as this will often mean some sort of food. The French do not tend to simply drink: eating and drinking go together in their book and we have often been invited at, say 6pm for an “apero” only to find the evening carries on with buffet style food being provided.

As a general rule stick to “vous”. Wait until your new found friends address you as “tu”

French people love to get their friends together for a meal and you will find it is very common to have the generations mixing, with children and elderly relatives staying up late and joining in the party. We have always found this to be a most charming part of French life.

There are far more bank holidays in France than in the UK: another big plus to having a home here! If a holiday occurs on a Thursday, many working people will take the whole weekend off. This is called “faire le pont” or making a bridge. It really does seem that the French have the work/pleasure life balance down to a fine art.