How to make your life in France a success

Moving to another country can be a daunting prospect, but settling into your new home in France needn’t be a chore. Persevere with the language, mix with the locals and embrace the differences between life in France and the UK. You won’t regret it!

So you have done it: you have bought a house in France and are ready to embrace the French lifestyle. Congratulations! How easy is it to make friends and feel that you are part of your new community? The short answer is: easy enough as long as you make a real effort to get out and about, ask questions, make an attempt at the language and get involved in local life. In other words, you will reap what you sow!

The secret to enjoying your new French life really does lie in immersing yourself in the French culture.

When we first moved to France 7 years ago, we made a point of leaving the unpacking for later. We felt it was more important to establish ourselves here, enjoy the differences from our life in the UK and to get to know our neighbours. There are so many ways to do this and it does pay off. The secret to enjoying your new French life really does lie in immersing yourself in the French culture. Here are some great hints and tips on how to make a real success of life in France.

Don’t worry about your French: just try it! The French are well used to British people living in their country, and believe me they love it when we speak their language. They love the British accent, and no-one minds if you make mistakes. Smile and use gestures if you like; the important thing to remember is that you are making the effort and meeting people while you’re at it.

Find out who your local plumbers, electricians and builders are. Many French villages appreciate that British people are keen to work on their homes, as it brings extra income into the local community and often improves the condition of local property. Even though it may be hard to explain what you want doing, this will allow you to become a real part of your community and to practice the lingo. 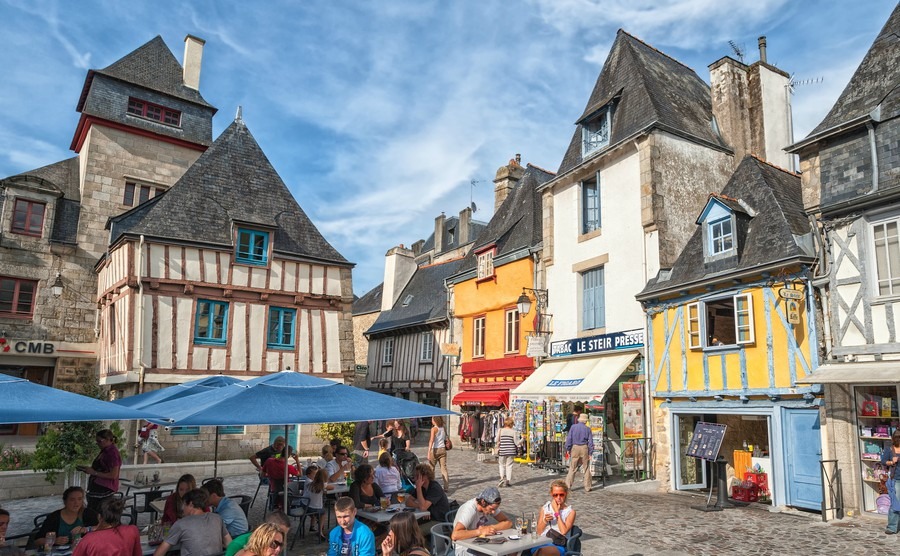 Get involved in the local community (Boris Stroujko / Shutterstock.com)

Children adapt to living in a new country much more quickly than adults. Placing them in local schools will open up all sorts of opportunities, not only for them to settle in and meet other kids their age, but for you to make friends and to become involved in events going on in your area.

We have thousands of homes for sale in France on our property listings. Click here to have a browse.

Support your village shops and make a point of strolling around the open air markets. Not only are you likely to find fresh produce, often at lower prices than the supermarkets, and have a pleasant time, you will be surrounding yourself with the French language and meeting locals. It is by listening that we really learn a new language. Make a point of saying “bonjour” to your local shopkeepers and fellow customers. Village life in France is laidback; no-one is in a rush and by joining in with the local chit-chat you will get to know more people and become increasingly fluent at French.

Asking your new neighbours in for an early evening drink (apero) will be well received and will help to build friendships.

Don’t worry about the differences

Instead of comparing the differences between your French life and your old British one, go with the flow. For example, many local shops close between 12 noon and 2pm in France. Rather than finding this frustrating, use the time to stop for a coffee or go for a stroll. Parking is free between 12 noon and 2pm, even in the larger towns, which is a huge bonus. The slow pace of life is something which may need getting used to but once you do, you will never look back.

Many towns and villages have events and classes aimed at expats. This is a great way to make new friends and become part of the community. Ask at your mairie (town hall) for a list of such events and activities.

Asking your new neighbours in for an early evening drink (apero) will be well received and will help to build friendships. Don’t be afraid to ask questions about anything to do with your locality. People love to give advice and will be flattered that you have asked.

Adapting to a new life in a different country takes a little time, but is an enjoyable experience when you have your heart set on making a real go of it. France is a truly wonderful country in which to live. Making an effort to embrace the French way of life will pay dividends, and you will soon wonder why you didn’t decide to make the move earlier!