The Deux-Sèvres is not an area known to many, but with so many lovely towns and villages, two rivers and the coast nearby, it seems as if it is ready and waiting to be discovered! This department has much to offer anyone looking for a reasonably priced property in France.

The Deux-Sèvres department is a part of the Poitou-Charentes region, now part of the Nouvelle-Aquitaine in western France. This is a beautiful department named after its two rivers and is known for its pretty forests, woodland and rich history dating back to the French Revolution. Noted also for its ancient churches, castles and well preserved historical monuments and plenty of traditional festivals during the summer months, the department is deeply entrenched in French history and justifiably proud of its heritage.

Let us not forget its reputation for gourmet food also! You will find some delicious local dishes, notably goat cheese and famous “Echire” creamy butter; you will see many goat farms dotted around the countryside here. 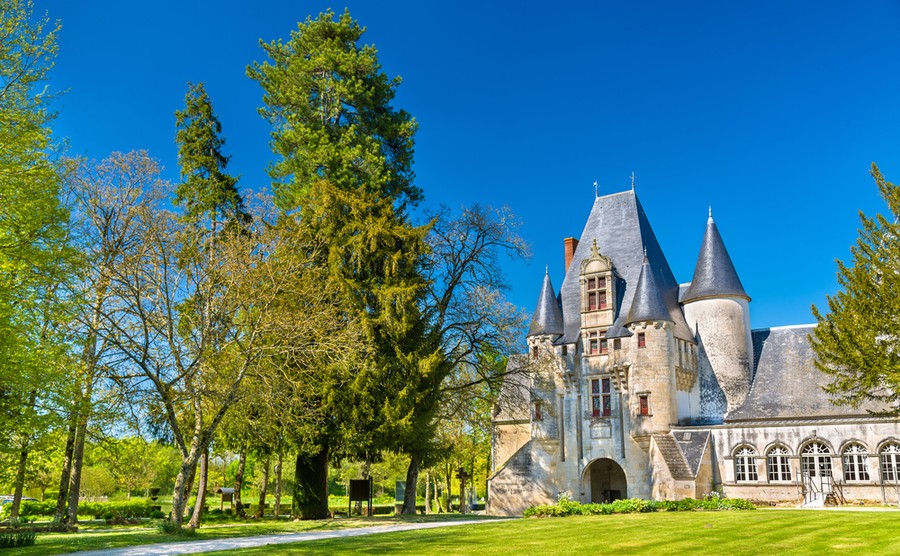 The department is deeply entrenched in French history and justifiably proud of its heritage.

The climate here is mild and seasonal. It can get hot in the summer months but in the winter rarely gets to below freezing point. It is also nicely protected from winds, being slightly inland, although it is also not far from the Atlantic coast, thus offering the best of both worlds. Poitou-Charentes benefits from 2,400 sunshine hours a year.

The main town in the Deux-Sèvres, Niort, is easily connected to both Paris and Bordeaux via the A10 motorway. It is around a 2-hour drive to Bordeaux and a 4-hour drive to Paris. La Rochelle, the lovely fishing port on the coast is also very accessible by car and train.

There are 2 railways stations for the TGV between Paris and La Rochelle, Niort and also Saint-Maixent. Niort to Paris by train takes around 3 hours. The nearest airports are Poitiers (Biard airport), La Rochelle and also Nantes. To reach this area from the UK, a good option would be to fly to Paris or Bordeaux direct and then either rent a car down to Les Deux-Sevres or take the train.

Whilst there are many ancient houses for sale, there are also some beautiful modern villas and farmhouses.

As a general rule of thumb, property prices average around €1600 per square metre in this area, making it very affordable. However, there are signs of a gradual increase in prices as more people discover how wonderful this area is.

As for style of property, you are spoilt for choice! A budget of around €100,000 will afford you a 2-3 bedroom property with a garden and for €250,000, expect to have a choice of totally renovated character properties possibly with a pool and with some land. Whilst there are many ancient houses for sale, there are also some beautiful modern villas and farmhouses, this being a largely agricultural region with a great deal of space.

Find properties for sale in les Deux-Sèvres and the Poitou-Charentes region on our France property portal.

There are some beautiful medieval market towns across the department and we have highlighted five of the most charming, which would be perfect for a holiday home or forever home.

Niort is the main town here, situated on the banks of the Sèvre Niortaise river, midway between Poitiers and La Rochelle on the coast. Well worth exploring, this lovely town has two museums, a castle dating from the 12th century, a wonderful covered market and many Romanesque churches.

Meandering around Niort, you will be well served for traditional French restaurants serving a “prix fixe” menu at reasonable cost. Many houses date back to medieval and renaissance times and it has also become an important business centre. Take a walk across the bridge to the centre of town and from here there are great views, not only of the town, but also the churches and other historical monuments. 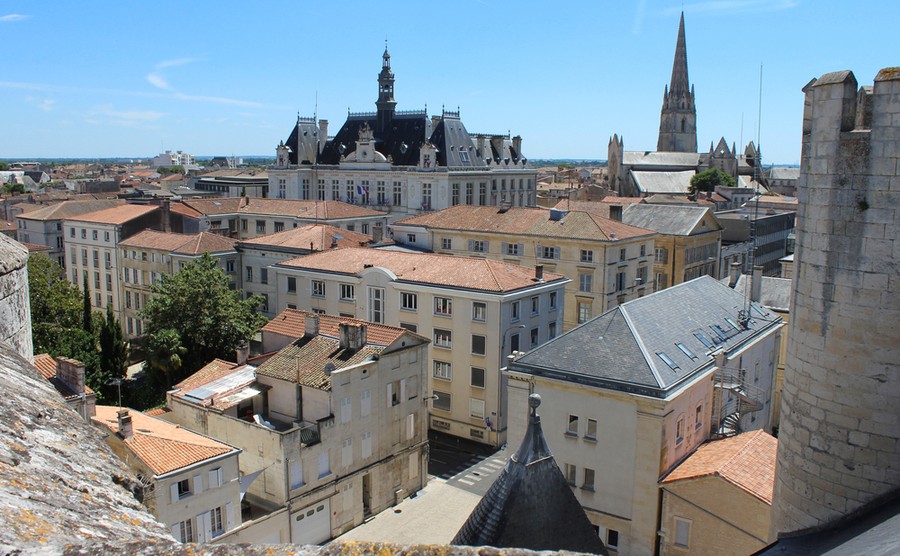 Coulon lies west of Niort in the Marais-Poitevin region. It is right on the bank of the river Sèvre and is known as the capital of “Green Venice”. It is officially “one of the most beautiful villages of France” and is a haven for lovers of ancient history, boasting bronze age and roman relics. Today, it is a very pretty town, largely surrounded by marshland. The houses here are known for their colourful facades and shutters. 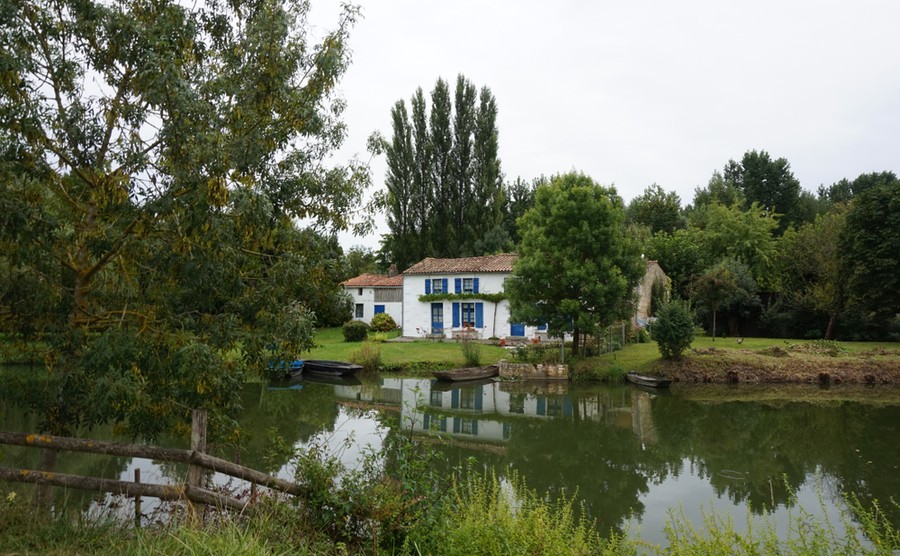 Parthenay is a beautiful medieval town full of history and heritage. There is also a fascinating museum, the Georges Turpin museum highlighting the history of the town from the Middle Ages. Each Wednesday there is a huge livestock market, one of the largest in France and the town is known also for its festivals in the summer time. 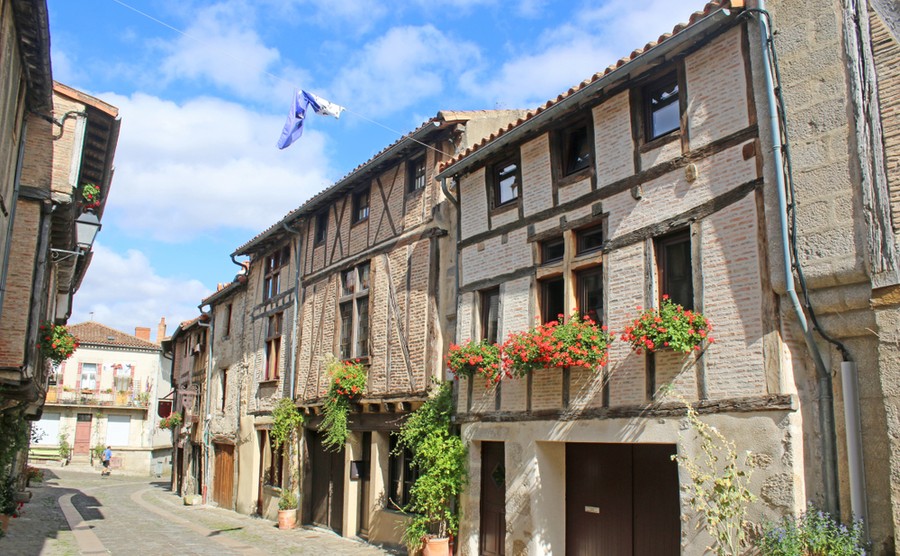 Thouars is a wonderful town in a high location, overlooking the valley of the river. For lovers of ancient history, there is plenty to see here, notably the Castle of the Dukes of Temoille, a historical monument with a stunning chapel adjoining it. Meandering through the old town, there are plenty of excellent bijou restaurants and cafes offering prix fixe menus and a chance to relax and people watch. 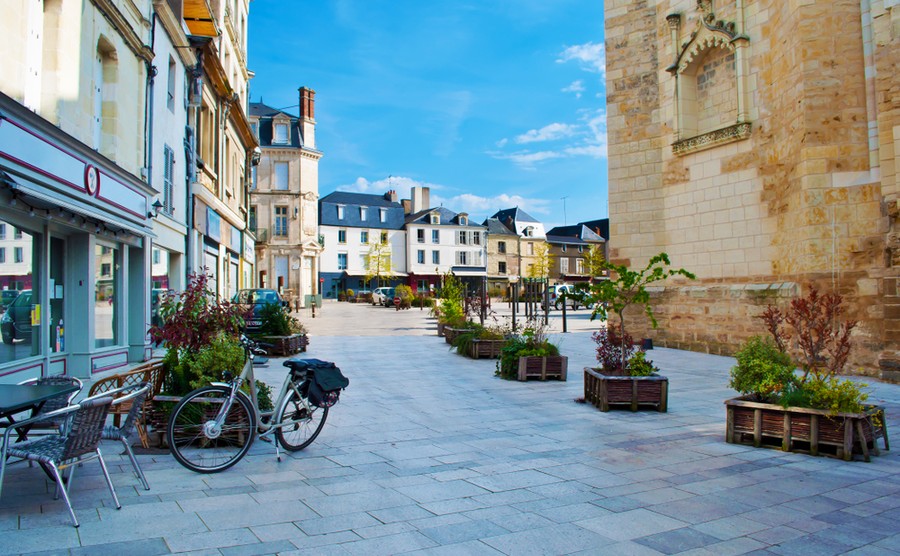 Mauleon lies about 20 km south east from Cholet and borders the two departments of Vendee and Maine et Loire. Again, here we have a town rich in history dating back to the Hundred Years War. Popular with French tourists, it is a stunning town, well preserved and with some beautiful renovated traditional French houses. It has a lot to offer in terms of historical and archeological interest as well as a plethora of cafes and restaurants, boutique shops and art galleries.