Through the lens: Cannes and its famous Festival

International film stars and celebrities are in the French Riviera this week, rubbing shoulders at the Cannes Film Festival. How much do you know about this famous resort?

The champagne is flowing on the superyachts, the pristine red carpet is carefully laid and the press await with cameras poised – this week marks the start of the annual 12-day Cannes Film Festival, the glitziest event in the French social calendar and one of the most anticipated on the international film circuit.

This year the Festival, which kicks off on 17th May and sees Hollywood stars and anyone who is anything in the international film world congregate in the chic resort of Cannes, is extra special. The event was born in 1939, which makes 2017 its 70th anniversary. In a nod to this, some extra social events will complement the usual collection of screenings, galas and the grand awards ceremony, when the coveted Palme d’Or is presented.

Cannes doesn’t brim with exotic film stars all year round. While there is a trickle of the world’s rich and famous, including royalty, in and out of the resort throughout the year, it is nothing close to the frenzy with which they descend on this stretch of French coastline during the Festival

The event and all the attention it creates should provide some light relief for the French nation, as well as foreigners living in France. After the intense media content on the French election, not to mention Brexit, a few showbiz stories and glossy pics of diamond-clad celebs living it up on the French Riviera might be better received than usual.

Just to set the scene, confirmed A-listers rubbing shoulders in Cannes this year include Nicole Kidman, Colin Farrell, Adam Sandler, Uma Thurman, Julianne Moore, Robert Pattinson, Diane Kruger, Susan Sarandon, Lily Collins, Kristen Stewart, Naomie Harris and Marion Cottilard. Naomi Campbell will be hosting a charity fashion show and a selection of music stars, including Rihanna who will be co-hosting the ‘Chopard’ party. The other must-go-to party is the AmFAR gala at the Hôtel du Cap-Eden-Roc, if you’re passing… 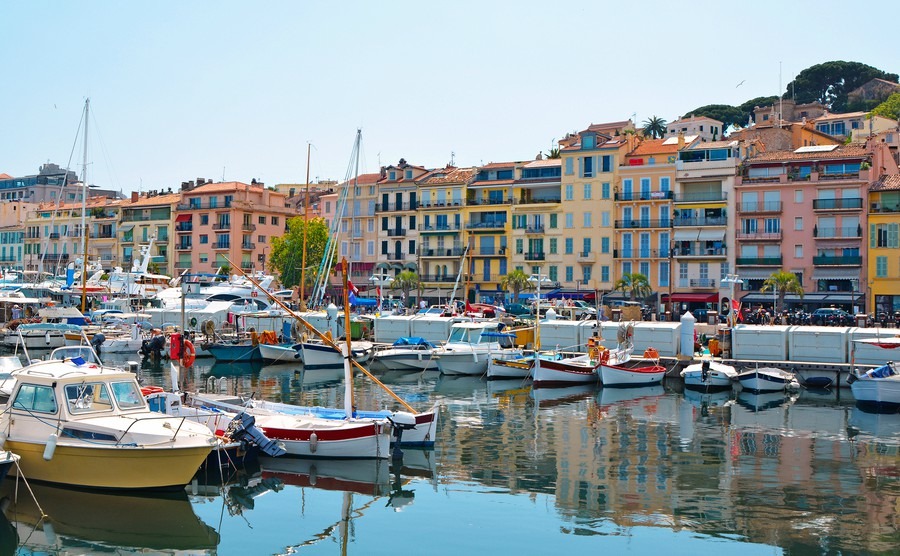 The old town and harbour, in Cannes

Cannes doesn’t brim with exotic film stars all year round. While there is a trickle of the world’s rich and famous, including royalty, in and out of the resort throughout the year, it is nothing close to the frenzy with which they descend on this stretch of French coastline during the Festival. Hence, this is when Cannes gets serious media attention but actually, it doesn’t portray the resort on a ‘normal’ day.

So how much do you know about Cannes the place? Putting the Festival aside for a few minutes, let’s look at some facts:

Find homes in Cannes via our property portal.

It was in fact a British statesman who put Cannes on the map as a resort for the world’s aristocracy and rich and famous. Henry Peter Brougham, 1st Baron Brougham and Vaux, a Scot who was Lord Chancellor from 1830-34, discovered and fell in love with Cannes in 1835 when it was a just a small fishing village. He bought some land there, built on it and soon word got round amongst his elite social circle, triggering its rise. There’s a statue of Brougham on the waterfront in Cannes and the Promenade des Anglais in nearby Nice is said to be a reference to the British influence he brought to the Riviera.

We all know Cannes is famous for offering the height of luxury in just about everything – it has the highest number of designer brand shops in France, aside from Paris – but there is a more down to earth side to the resort. Away from the opulence of the waterfront Boulevard de la Croisette and Rue d’Antibes, for those who like a more affordable, authentic shopping experience the resort has no less than three covered food markets, namely Forville, Gambetta and La Bocca markets. On certain days some have antiques and bric-à-brac.

Just 15 minutes’ ferry ride from Cannes takes you to somewhere that feels a million miles from one of the most glamorous places in France. Sainte-Marguerite island sits in the Med just off the resort and is an unspoilt haven of pine and eucalyptus forests and untouched pretty coves. There’s a small village around where the ferry docks, with a handful of restaurants, and the remains of a former prison and military hospital, otherwise the island is left alone. 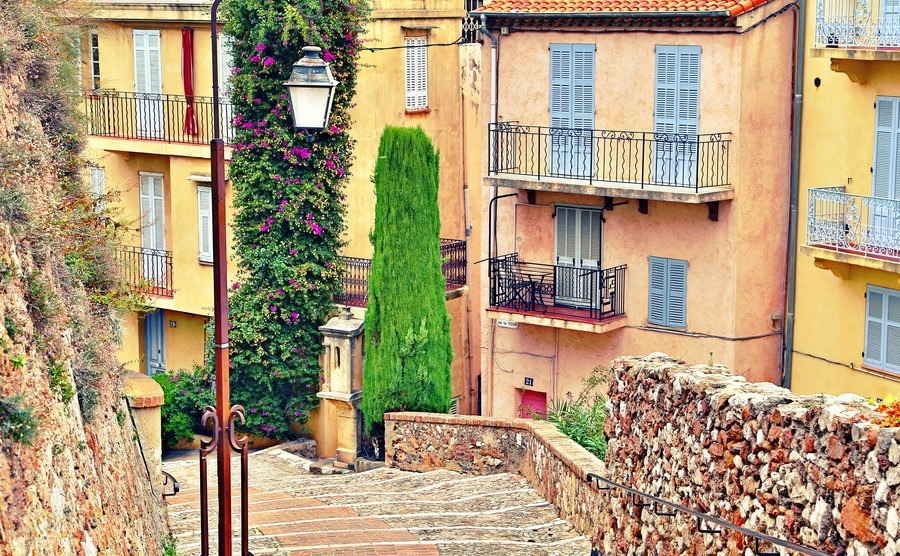 Aside from Cannes Film Festival, Cannes has transformed itself into one of Europe’s leading conference destinations. The town’s Palais des Festival and Congrès hosts dozens of events throughout the year serving all types in industries, including MIPIM (the world’s leading property expo), MIDEM (for the world’s music industry), the International Games Festival and the International Dance Festival.

Where to buy a home

Buyers who like – and can afford – to be close to the action, might choose an apartment in central Cannes, in its cultural and oldest district Le Suquet, or along its seafront. However, a more private and tranquil option could be one of the pristine residential areas or villages in the hills behind the resort. Examples include Mougins, Le Cannet or Vallauris. For even more seclusion the hills further inland around Grasse could be an option.