Make sure you brush up on French traditions before purchasing a property across the English Channel. The locals are extremely friendly but might not take kindly to you kissing them too many times.

France has many everyday traditions linked to things such as language, food and drink, which have existed for hundreds of years, and the French are very proud of. The stereotypical image of a French chap in a striped t-shirt, with a beret perched jauntily on his head and a string of onions around his neck might just be a bit of fun, but there are many traditions that are taken very seriously and are quite simply charming. Let’s take a look at some which may come in handy for anyone contemplating living in France.

France has many traditions that are taken very seriously and are quite simply charming.

When meeting someone in France, some sort of physical contact will probably be required; not simply a “hello, how are you?” Be prepared to do a lot of handshaking – this is pretty much always expected, whether as a greeting or as a “goodbye”. Of course, once you get to know someone that very French of customs, kissing comes into play – at least two kisses, one on each cheek. In some parts of the country there may be three or even four kisses. My Parisian friends tell me that four is the norm in Paris, which can take a while to execute, particularly when meeting a group of people.

In rural France it is quite common to say “bonjour” (“hello”) to anyone you meet in the street. When shopping locally, you will find the same, as people greet one another and then wish each other a “good day” (“bonne journée”) when they leave. Interestingly – depending on the time of day – one may say “bon apres-midi” (“good afternoon”) or even “bonne fin de l’apres-midi” (“good end of the afternoon”) if it is around 5pm. You will start hearing people say “bonsoir” (“good evening”) around 7pm. 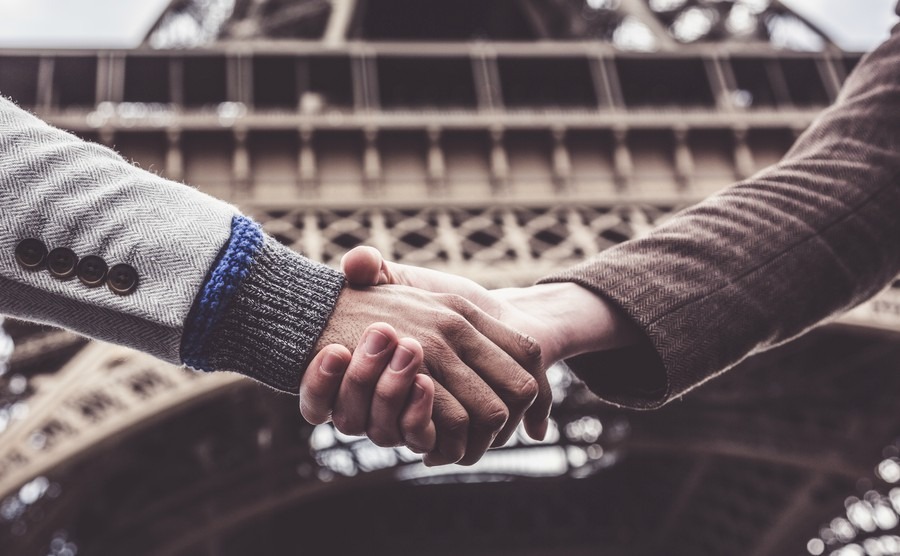 As with many other European languages, there are two forms of “you” in French: either “tu” or “vous”. The “vous” form is always used for people one doesn’t know or officials, and “tu” for children and animals. Once you get to know someone, you will get a feel for when “vous” should become “tu”. A good rule of thumb is either to wait for them to address you as “tu” or simply to ask if you can now use “tu”.

Wherever you wish to live in France, knowing how to negotiate for your property should get you a little more house for your money! Download our Negotiation guide.

Eating fine food and drinking fine wine are perhaps the greatest French traditions of all! Generally speaking, wine is served with meals rather than as a drink on its own. If you are invited for an apéro – alcoholic drink served before a meal as an appetiser – you will likely be offered a range of drinks, both alcoholic and soft. In our area the locals love a good pastis – a French anise-flavoured spirit and apéritif – or whisky to start their evening.

Mealtimes are of course sacred in France, with the whole family gathering and spending time chatting between courses. French weddings are so much fun, with the meal often going on for several hours! Cheese is always served after the main course, which when you think about it makes good sense since it’s savory. Dessert and coffee will follow.

As for holidays, there are generally five weeks’ per year, with August being known as a holiday month when nothing very much gets done. When it comes to the end of the year, Christmas is usually celebrated on December 24th, along with the rest of Europe – apart from the UK – and New Year’s Eve is the day when people celebrate with their friends and neighbours; often with another big meal and fireworks.

Of all these traditions though, what we most love about the French is the warm family feel. Family life is so important to the French, with the generations mixing well. It is such a joy to see young children, even babies, invited to join in with their elderly grandparents at meals and local festivities. Everyone feels important this way and children grow up feeling they are included.