How to improve your language skills

Learning French isn’t so hard after all, according to new research that shows the positive effect of a drink or two. Don’t worry, just start chatting as best you can.

There are so very many reasons why us British people love France: the culture, the history, the climate, the beautiful villages and towns, the beaches, the very reasonable property prices, the food and wine. The list truly does go on and on.

Although some French people have a reasonable command of English, it is so much more rewarding to be able to converse with your new-found French friends and neighbours in their own tongue. French is a beautiful, romantic language and many of us will have a smattering of “schoolboy” French already. But how do you get to the next level? Is it worth the effort? We will look at the answer to the first question here. The answer to the second one is a resounding “yes”!

They love to hear their language spoken with an English accent, much as we find the French accent in English attractive

Not only will speaking reasonable French enable you to dust off your brain, however old you are, and give you a new interest – plus a certain amount of pride in yourself – it will allow you to become fully integrated into the French lifestyle.

The best way to improve on your French is to immerse yourself in the language. This means listening to everyone you meet, to people sitting around you in cafes and wandering around the market. Listen to French radio and watch French TV if you can. OK, you may not get the total gist of, say, a French film but the news is always a good one as this is normally read at a slower pace. Arm yourself with some French children’s books and a good dictionary. Practise your French with everyone you meet and you will soon build up a good vocabulary. 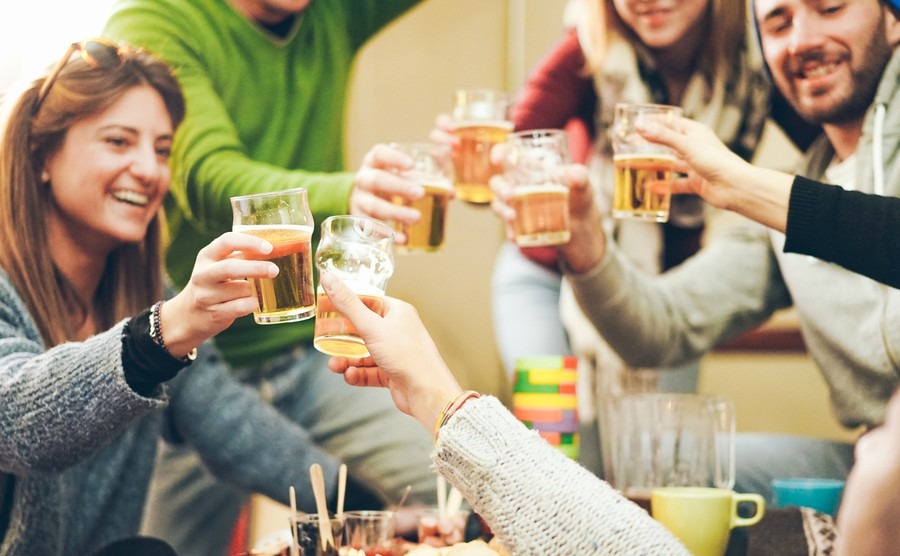 Voila! A glass or of two of beer and you’re speaking perfect French

A somewhat reassuring study has just been made by British and Dutch researchers, which shows that moderate drinking of alcohol can improve your language skills! There has been previous research showing that alcohol can benefit your pronunciation skills too.

The latest study tested 50 German speakers studying in the Netherlands who spoke to a Dutch mother tongue speaker for two minutes. Half of them drank a glass of water beforehand, the other a glass of something alcoholic roughly equivalent to a pint of beer. The result? Those who had drunk the alcohol spoke better Dutch than those who had drunk the water, plus their pronunciation was better.

Naturally, this isn’t “carte blanche” to drink but still, rather a nice thought to help you along the way to speaking better French!

Finally, the Michel Thomas language learning system is highly recommended. You purchase the CD and learn through repetition with a tutor.