When illness struck, the French were so helpful

France has an enduring appeal to overseas property buyers thanks to everything from its food and wine to the diverse landscape.

France has long been way up there amongst the most favoured countries for British people to visit, buy a second home in or live in. It never changes and it is not difficult to see why. There is a certain “something” about life in France which makes it all so very different from life in the UK.

There is a certain “something” about life in France which makes it all so very different from life in the UK.

That “something” is probably made up out of various elements: the sheer beauty of the country, the diversity of the different regions, the wonderful coastlines and beaches, the mountains, the culture, the food and wine and probably most significant of all, the sheer simplicity of life here. Whether you are sightseeing in one of the major cities, stopping off at pretty little villages or just touring the countryside, the lure of French living is very strong.

There is another aspect to life in France, however, which is something we cherish: the great community and family feel. Though one must be careful of over-generalising, the French are innately proud of their heritage and set great store by looking after family and friends. The generations mix well and mealtimes will always include grandparents and babies – the whole age range!

My husband was taken ill this week and we were inundated with support, offers to help and just genuine care. Village life means looking after each other and we were touched by the generosity of both friends and neighbours. 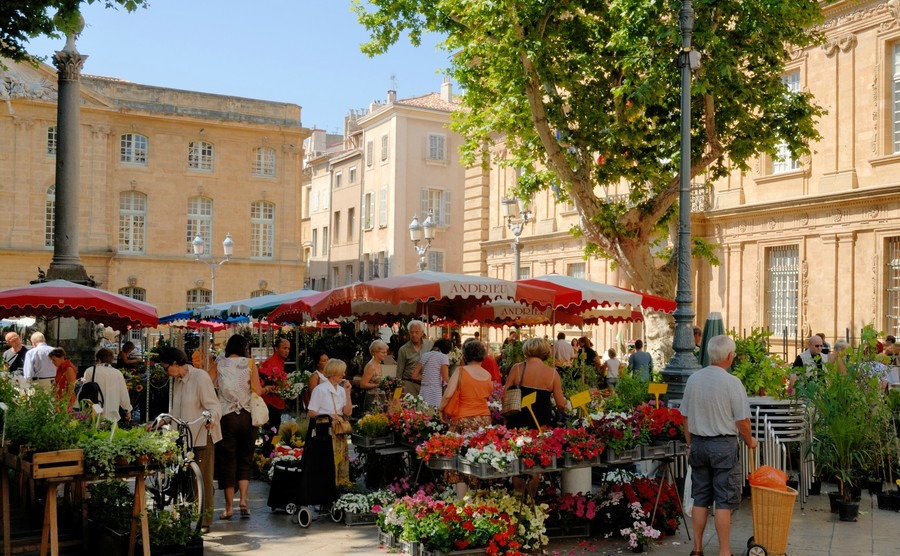 I have often thought that France today represents a general feeling of what it used to be like in the UK several decades ago, and perhaps that is the main reason why so many of us are drawn to it.

There is a general feeling of optimism here since the election of President Macron – the youngest president since Napoleon. The economy is gradually being boosted and although of course it is early days, his proposals for tax reforms are being welcomed.

If you are heading off for a viewing trip, check out the Viewing Trip app to help you get organised

When it comes to buying property in France, this is one of the best times in which to do so, with prices not having risen over the last seven years or so. It is not difficult to see just what one can buy in France compared to the UK.

France has almost the same population as the UK but is almost five times bigger!

Remember that France has almost the same population as the UK but is almost five times bigger! Having so much space undoubtedly contributes to the laid back lifestyle and when it comes to choosing which region in which to buy, we are all spoilt for choice since there are so many wonderful areas.

We would love to help you find yours so don’t hesitate to let us know your plans.