If Brittany is the new Cornwall, then where’s the new Brighton?

According to The Times newspaper, Brittany is the “new Cornwall” for London’s wealthy looking for a second home. “In many ways it’s like a bigger version of Cornwall but with more sun and homes at a fraction of the price,” says the newspaper: “The average value of a property in Brittany hovers about the €150,000 (£120,000) mark and it’s not that difficult to reach.”

With British second home buyers being stung by the Chancellor for an extra three percent stamp duty since 1 April, many are looking to make their money go further abroad. But as anyone with kids knows, it’s so much easier to stick the family and all its clobber into the car than try and squeeze them onto a budget flight, that northern France is the most obvious alternative.

Not everyone goes for the rugged rocks of Cornwall/Brittany, so where else offers a French alternative to overpriced England?

Find homes in Brittany via our property portal.

Lens is the new Margate

When the Louvre opened a new gallery in Lens in the Pas de Calais in 2013, snooty Parisian eyebrows were raised just as they were when the Turner Gallery opened in Margate, the Jerwood in Hastings and the Towner in Eastbourne. But creating a gorgeous glass and aluminium gallery has revitalised the formerly depressed mining town and the Lens-Liévin area has rebranded itself as the “Lands of Art and History”. You’ll come for the galleries, but stay for the trendy new cafes, boutiques and reasonably-price properties. 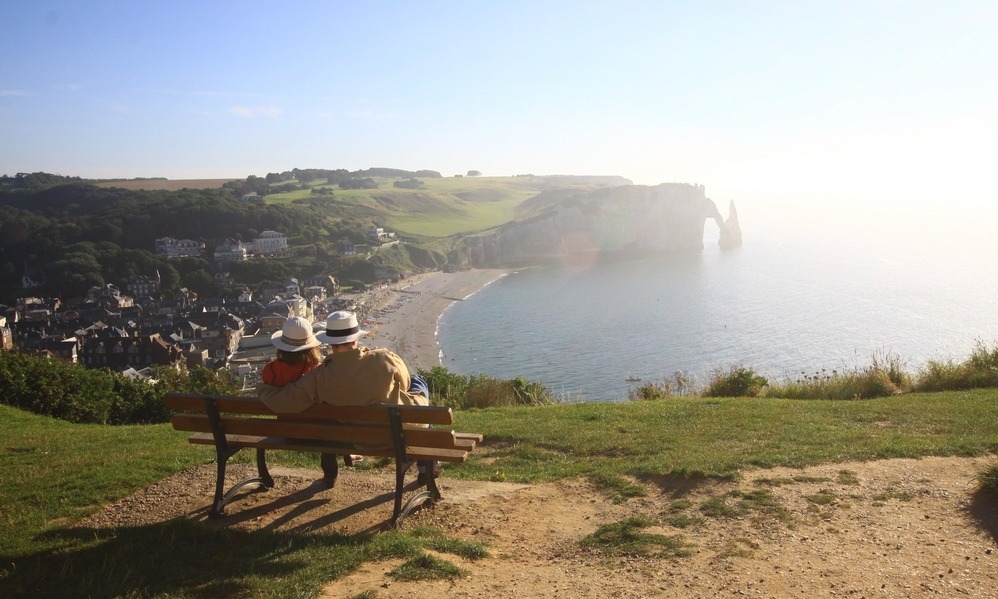 Etretat, a more romantic choice than the Isle of Wight?

Étretat is the new Isle of Wight

Just across the channel is Étretat, sitting on a sandy beach between white cliffs, its chalk arches a match for the Isle of White’s needles. Just as the Isle of Wight was beloved by Queen Victoria, Lord Tennyson and co, so Étretat was a favourite of France’s 19th Century elite. Now it’s a family friendly village, with just enough art and history around and about to keep you entertained off season.

Suffolk’s Heritage Coast may be so, so handy from The City on a Friday evening, but unless you already own a place in Southwold you’re going to need to be a banker to afford one. Nip over to France however, turn right on your way out of Calais, and in minutes you’ll be amazed by the loveliness of the Opal Coast. From its clifftop viewpoints, you can see England on a clear day. Behind these are green, rolling hills leading down to soft, sandy beaches and pretty coastal villages.

Turn right on your way out of Calais and you’ll be amazed by the loveliness of the Opal Coast.

Paris is the new London

London has had a wonderful decade since winning the Olympics bid in 2005, spruced up, energised and the envy of the world for a few weeks in that glorious summer of 2012. But now the wind is changing, with prices long ago unaffordable and the young, the arty and the ambitious all but priced out. With the 2024 Olympics announcement due in 18 months and Paris mounting a strong challenge, could this be Paris’s decade?

Montpellier is the new Brighton

Yes, we know it’s not in northern France, but they’re too much of a match to leave out. A report this week said Chinese property investments in Brighton were up 700 percent. Great if you own property there, not so great if you’re trying to buy. Both Brighton and Montpellier on France’s southern coast are close enough to the seaside to hear the seagulls, but metropolitan types come here for the clubbing and the shopping and the café-lifestyle rather than the beach life. They are both university towns with an arty, bohemian side and a lively gay community.