How did France mourn the Queen’s death?

A large numbers of expats move to France every year and having permanently made France my home, I can confirm we are both welcomed and accepted. But sometimes, things happen back in the country we used to call home, acting as a stark reminder that we originate from elsewhere. And this week, British expats have been affected by the sad news of the death of the Queen.

Since moving to France over 5 years ago, I have never really felt like a foreigner in this country. It might, perhaps be more accurate to say I have never been made to feel like one. Despite, of course being acutely aware that I am very much that. And I have never experienced anything of the French “hating” the British, as is so often reported.

This week something totally remarkable happened. The death of Queen Elizabeth II was announced after an afternoon of seemingly sudden and heightened concern for her health.

In an instant, this strangest juxtaposition of being viewed as both one of their own by the French, whilst being reminded that I am really not, collided in one single painful moment.

Yet France has dutifully shown itself to be mourning alongside us which has provided us French expats enormous comfort.

The distance between us

Whilst a lot of expats return to the UK often, many like me, do not. And of course, life creates moments when one wants to and perhaps needs to. Being separated from family is fine when all is good, but when it is not, the small distance can feel like a chasm. And never can this feel more amplified than when people we know and love die. Then a real need and desire to obviously simply be there descends, not only to show respect, but also to be with the people you need at that time. Perhaps with an additional soupcon of guilt of not being there already.

Over the past few years, Covid19 has highlighted this more than ever for lots of us that live here. Keeping us from loved ones in both good and bad times. And this has perhaps been the trigger of some to return to the UK permanently. 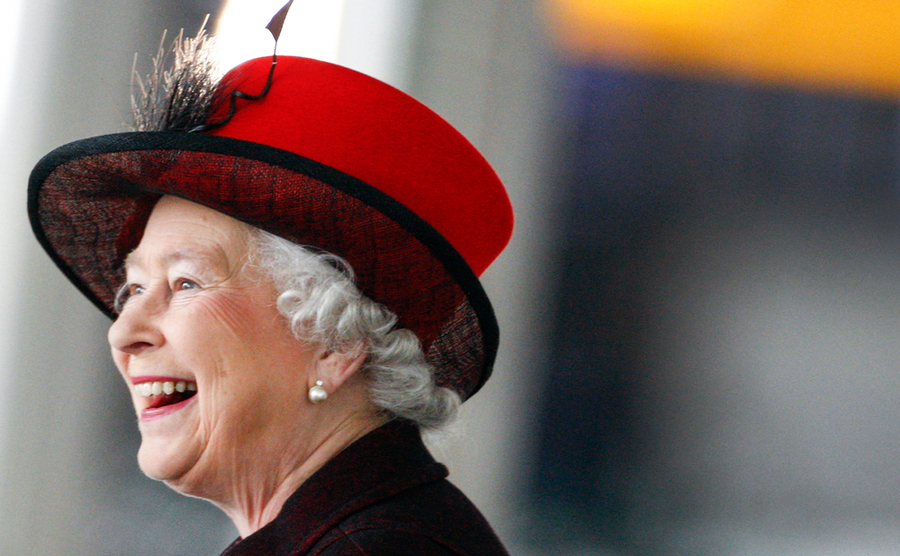 The Queen I Alessia Pierdomenico via Shutterstock

This week, a lady that the majority of us had never even met, but had been an ever constant in our lives, took her last breath. And with that, the world seemed to change overnight. Whatever your thoughts on the monarchy, she seemed to ascend above everything, politics and personal opinions included. A woman whose entire life had been mapped out for her in advance.

A woman of so much class, dignity and wisdom, who commanded so much respect and yet ironically also seemed to be so relatable to everyone without exception. A life well and truly well lived. And a woman well and truly loved.

When the announcement came, as with every death, suddenly and unforgivingly, regardless of knowledge that it one day would – was brutal. Of course, it was expected given her age. But as with parents and partners, something perhaps we never wanted to consider would actually happen. It almost seemed like she was invincible and yet sadly, she like the rest of us, was not.

When the news was announced, there were reports on expat forums of people huddling together joined in tears and shock in supermarkets. It really doesn’t surprise me. When things like this happen, people who understand each other, regardless of whether they know each other, join together. And this shows everything beautiful about this world. Those of us who live here, I suspect have somewhat the same feeling that we should at this moment in reality be there. And yet many of us don’t understand why.

What has struck me is that we are on the whole, bemused and shocked by our emotional response to it. Why? Whilst no psychologist, I suspect that as well as being an absolute constant in our lives, due to her character, this event has somehow managed to resurface held in grief of the past loss of mothers, grandmothers and other family members.

After all, quite apart from the position of the Queen on the world’s stage, she was ultimately a mother, a grandmother and a beloved family member.

And whilst lots of us live here alone, in times like this, you naturally seek the support of others, intentionally or not. I also suspect for a lot of us, she was one of the remaining rapidly depleting reasons to feel pride in our roots.

Within minutes of the announcement, I started to receive tons of messages from my French friends. With one simple message. “We are so sad to hear the news. We are with you”. The sort of thing you would only expect upon news of the death of a family member. They were watching updates on the Queen as much as we were and following with both interest, concern and sadness. Let’s not forget, she has been as much a constant in their lives as much as ours.

That my friends should act like this, in part does not remotely surprise me. They know I am here alone and have been nothing but supportive. When I have suffered grief and loss with the added problem of distance they do their job admirably and selflessly. 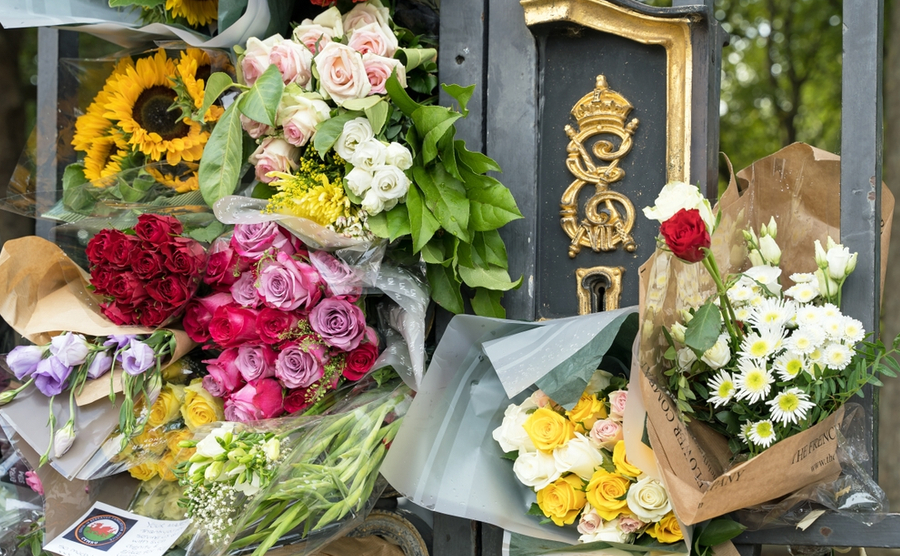 The day after, I went shopping in my local town. I was greeted by hugs in the local supermarket from

the staff. In the “Tabac”, the owner raced off to search out something in the back. A copy of the Figaro featuring an editorial of several pages on the Queen. I tried to pay for it, that was refused. The message once again simple. I didn’t know when you would come in next and I wanted you to have it so kept a copy in case we ran out.

And even mayors in France have sent messages to the expats within their communes. As well as town halls displaying flags at half mast. And it’s fair to say that the kindness of people who we don’t necessarily have daily contact with but know we are part of their communities has been truly overwhelming

Whilst she was “ours” we truly shared her with many, and willingly. And you can see that from the respect offered by world leaders. Politicians that offered tributes both genuine and heartfelt and not in their usual style at all. Presidents not known for their humanity nor humility speaking about her as a person, even more than a monarch.

The tributes have been quite incredible and most touching. And none more so of course than from the French President Macron. He said she was “a friend of France who has left her mark on her country and her century forever. To you, she was your Queen. To us, she was The Queen. She will be with all of us forever.” A force to be reckoned with that can and will never be forgotten.

Many world leaders spoke to her as a person, rather more so even than as a Monarch. That speaks volumes about the lady and the connections she made. Dignified, kind, measured, emotionally intelligent and always a little bit cheeky. Whilst the sheer length of her reign would have always merited these accolades, it seemed more like her character had truly been the thing to seal it. 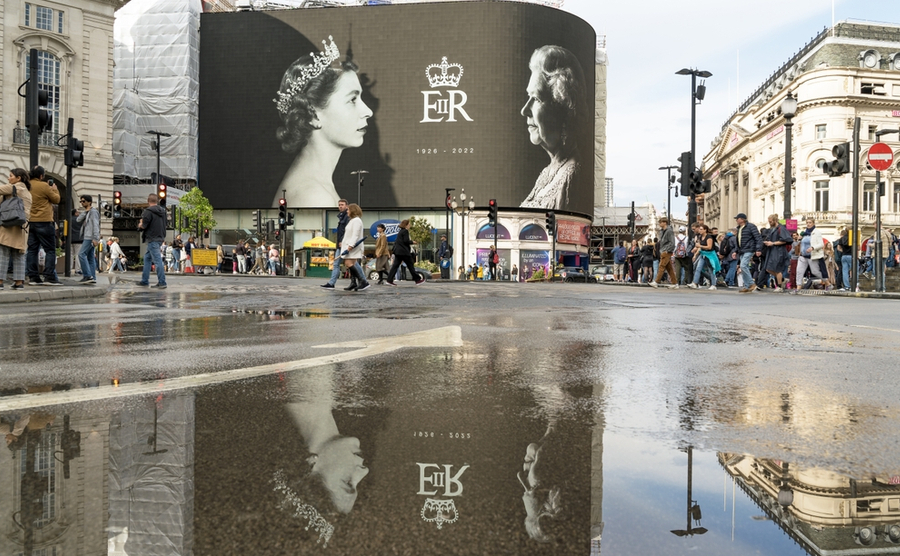 The feeling of loss

And so, we truly enter unchartered waters. The start of a prolonged period of mourning. A quite deserved extraordinary outpouring of grief and show of love for much more than extraordinary woman. But as she said so famously herself, ironically whilst paying tribute for the victims of 9/11, the very day that she would make her final journey across her Kingdom “Grief is the price we pay for love”.

The sad fact of the matter is that with her loss, we have lost the epitome of the “best of British”.

The respect on the world stage that we were offered, was more due to her than to any politician of our times. We must take comfort in the fact that the world has been privileged to have seen, and will see more of the “Best of British” over the coming days. Not least with the incredible footage of her last journey through her kingdom, being honoured by the people she tirelessly served, who truly loved her.

And wherever we are now, I think we all know that we are living through an enormous moment in history, the likes of which we are highly unlikely to see again and it is only right that we acknowledge her enormous contribution to both the world we live in, as well as the country that we are from.