It’s no secret that France has a home to suit every taste and budget. But did you know there are more than 10 French départments (municipalities) where the median price of a home is less than €100,000?

According to the official Notaries of France website, the most expensive départment outside Paris is Alpes-Maritime, where the median house price is €432,000. This is hardly surprising given it’s home to the Riviera, which includes the glitzy resorts of Cannes, Antibes and Nice. Behind this is the Haute-Savoie region, home to some of the most exclusive ski resorts in the Alps, including Megève and Chamonix, as well as waterfront communities on Lake Geneva.

Head into France’s interior and you shouldn’t struggle to find a property for less than €100,000

Head into France’s interior though and you shouldn’t struggle to find a property for less than €100,000, often in very picturesque locations. For us, two of the most affordable departments which really stand out are neighbouring Creuse and Indre in the centre of France. 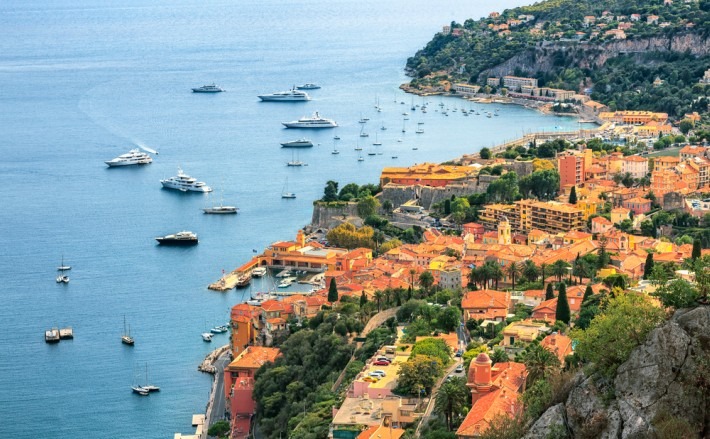 Part of the famous Limousin region, much of Creuse’s landscape has been shaped by the River Creuse that runs through it: steep valleys, medieval villages and cattle farms amid rolling green countryside. The area is a champion of ‘green’ tourism and ideal for people in search of a rustic, outdoorsy lifestyle. The airport at Limoges is usually no more than an hour from Creuse, depending on where exactly you are. According to Notaries of France, the median price of property there is just €67,500 (around £58,500!). So where to start your property hunt?

Guéret, the principal town of Creuse, along with La Souterraine and Aubusson are three of the largest towns, but Bourganeuf and Boussac are especially popular. It’s possible to buy a habitable detached stone cottage in one of the villages around Bourganeuf for less than €100,000.

“I passed through Argenton-sur-Creuse this summer and was amazed at how affordable the area was, given how pretty it is”

In Indre, also named after its river, the median property price is €85,000 (£73,500), according to Notaries of France. Also notable for its unspoilt countryside, highlights include its principal town, historic Châteauroux, and two villages that are included in the most beautiful villages of France classifications, namely Saint-Benoît-du-Sault and Gargilesse-Dampierre. The villages and towns along the Green Trail (Voie Verte) are also popular. This tracks a disused railway line between the Le Blanc and La Châtre, passing through pretty countryside and often following the River Indre, in particular at the picturesque town of Argenton-sur-Creuse.

“I passed through Argenton-sur-Creuse this summer and was amazed at how affordable the area was, given how pretty it is,” said Richard Way, Editor of PropertyGuides.com. “I spotted a handful of quirky properties for less than €100,000 in the windows of local estate agents but these two really stood out, one in Saint-Benoît-du-Sault, the other in another village called Eguzon Chantome.” 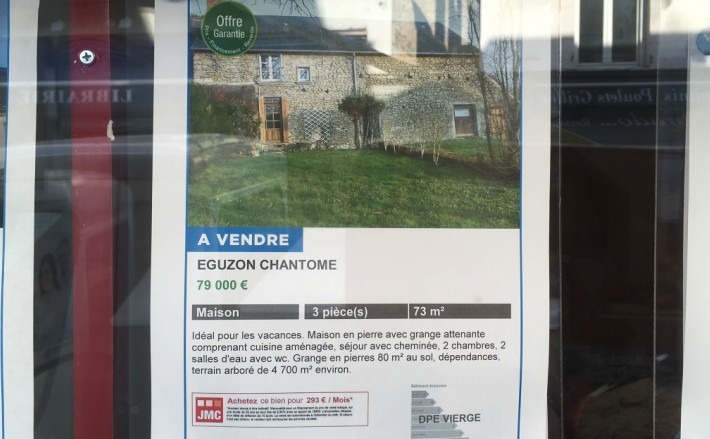 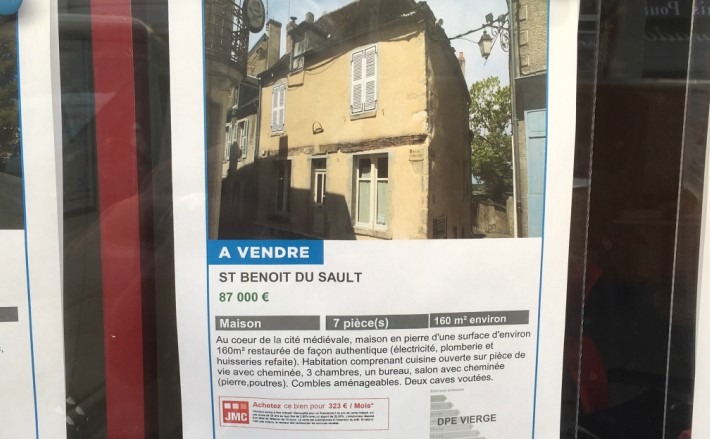